Experiencing and Overcoming Loneliness with Addictions

Loneliness and addiction often coincide, creating the illusion for most addicts that no one shares their pain. In fact, loneliness is actually one of the common threads that unites addicts in recovery. After discussing how sad and lonely I felt while drinking, I bonded with more people in recovery from addictions than any other time. Overcoming loneliness in addiction is possible.

I've noticed that, for me, the relationship between loneliness and addiction is cyclical. After a while, I don't know which condition caused the other. While feelings of sadness, depression, and loneliness are rampant when fighting an addiction, they can also be present in recovery. For this reason, it's important to develop skills for managing loneliness in addiction recovery.

The Connection Between Loneliness and Addiction 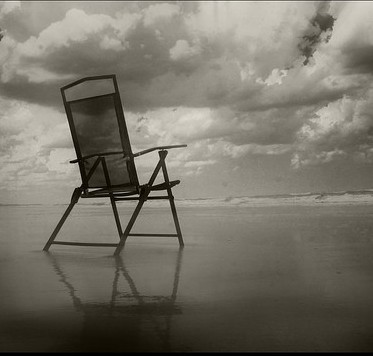 A recent TED Talk caught my attention last week with the title Everything You Think You Know About Addiction is Wrong. Johann Hari, author of the book Chasing the Scream: The First and Last Days of the War on Drugs, shared some revolutionary insights into addiction based on Vietnam War veterans and a study conducted by a man named Bruce Alexander. The bottom line was that a person's environment has more to do with their addiction than the addictive properties of the drugs themselves. Experiments showed that when rats were isolated and lonely, they almost always overdosed on heroin as opposed to the rats placed in a stimulating environment with toys and food almost never used heroin.

This study sheds a new light on the condition of addiction and shows a strong correlation that implies loneliness and isolation may be more that likely the cause of addiction rather than an effect. Presuming this assertion is correct, it reinforces the necessity of mitigating loneliness during periods of sobriety.

Initially, I didn't seek help for my drinking, but I sought it for depression because the loneliness become too much to bear. Early in my recovery, I was diagnosed as a suicide risk with a substance abuse disorder at which point I was sent to a rehabilitation center. I remember one day, in particular, that I was exceptionally depressed and desperately wanted to return to my room for a nap. I pleaded with my counselor to let me take a nap instead of going on the group walk I had signed up for that afternoon. He asked me a few probing questions and then strongly suggested that I go on the walk, justifying his decision by saying that the last thing I should be doing is isolating. At the time, I didn't understand how walking could possibly help me feel better. Just a few short minutes into the walk I began to feel energized and quickly lost my craving for alcohol.

By doing this, my counselor showed me how social connections are crucial to my sobriety: physically, mentally, and emotionally. For the next several days, I made a list of possible actions to take when craving a drink and feeling lonely:

What tools help you overcome loneliness?

Minimizing Risky Behavior Caused by Substance Abuse
Combined or Mixed Drug Intoxication: What Is It?
David Roppo
May, 1 2017 at 8:26 am

I believe there absolutely is a connection. Many addicted individuals feel empty or as if they have an emotional hole inside. They attempt to fill it with alcohol or drugs. On some occasions, in recovery, they fill it with things deemed more positive. However, that is not authentic recovery. I believe the solution is to close the hole.

I never really took the time to ponder on the loneliness crossroad with addiction, but it absolutely makes sense. Having too much time on one's hands without knowing how to occupy it in a healthy way can totally lead to bad habits. Well done!

Thank you for sharing your experiences and thoughts. I agree that when we feel we are about to roll ourselves into drinking we should stop and think what we can do to prevent ourselves from doing it.
In my case the first advice to call a friend is never an option. I used to drink a lot every day because of anxiety and depression disorders and also because of immense loneliness. No matter how I try I can't find someone to call a friend. When you are in such a condition it is very difficult to get along with others because your mood changes and I suppose it affects others too. Now I don't want to drink so much but I am still alone. I suppose you can go out for a walk and go to places you feel happy. I usually enjoy going to the cinema or to a museum, but then comes the horrible realization that you open the door and you are all alone again.
Thank you!

Wow, thank you for your comment! I agree, it can be really hard to find someone to call a friend when your emotions are so volatile. But there are hotliness we can call! AA hotlines are in various cities all over the world and are staffed by alcoholics in recovery. Even if you're not in AA, it could be a great resource.

I don't have any way I try to stay busy around the house .If I can I take my dog for a walk but that doesn't happen to much any more .l take a lot of meds so I feel tired a lot .If just feel hopeless and empty most of the time .My husband try to understand but can also be very cruel about it to .

Karen, your condition sounds like you would benefit fromseeing a therapist. If that's not an option for you, you can engage in online chat communities like reddit's /stopdrinking or /alcoholism threads. Try looking for depression and loneliness ones too. You don't have to leave your house if you don't want to be alone. ☺❤