'The Hunger Games' Trilogy Brings DID and PTSD to Life 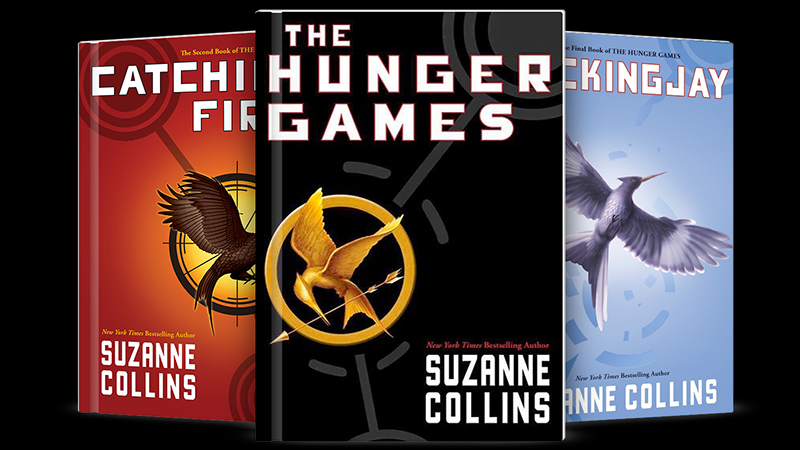 I just finished reading a young adult fiction series called The Hunger Games by Suzanne Collins. It’s a dystopian tale, set in an oppressive, violent, and nearly hopeless future. I recommend it solely because it’s a gripping, invigorating read -- but, as someone with both dissociative identity disorder (DID) and PTSD, there’s something special about The Hunger Games that impresses me: its remarkably deft portrayal of the immediate and long-term effects of trauma.

Symptoms of DID and PTSD Made Clear in The Hunger Games

It isn’t often that fiction brings to life the various effects of trauma in such an emotionally honest way. But I recognize myself in the pages of The Hunger Games, and the stories of others I’ve heard so many times before. Collins’ characters struggle with classic symptoms of dissociative identity disorder and PTSD:

Collins also touches on complex issues like identifying with the aggressor and survivor’s guilt. And though none of the characters appear to actually have dissociative identity disorder, some of them have surprisingly realistic dissociative experiences as part of both the immediate and long-term effects of trauma.

I'm not flailing now, as my muscles are rigid with the tension of holding myself together. The pain over my heart returns, and from it I imagine tiny fissures spreading out into my body. Through my torso, down my arms and legs, over my face, leaving it crisscrossed with cracks. One good jolt ... and I could shatter into strange, razor-sharp shards.

We know people cope with trauma in different ways. We also know the long-term effects of trauma vary. But perhaps the universal thread that connects each individual is the sense that something vital was irrevocably broken. We speak of putting the pieces back together. We talk about mending the fractures. But this healing process seems less about repairing what’s broken, and more about grieving what’s lost, gathering what’s left, and creating something different. As a reader with both dissociative identity disorder and PTSD, I see this as possibly the most enduring and honest message of The Hunger Games: that not everything that feels broken can be made to feel whole, that time cannot heal all wounds, but that even people who feel broken and wounded can create new lives, and find new meaning in the old ones.

A word of caution: If you read this series, expect to read detailed descriptions of people - adults and children - tortured and killed; expect raw images of violence and death. Though The Hunger Games is fiction, and young adult fiction at that, there are scenes in all three books that may be too intense for some readers.

My daughter is reading the books, & has aquired a love of reading through them. She discusses ptsd & diss. Identity with me. we have come through a lot & we identify with the movie & the books.
time does not heal, you just learn to live & hopefully move on.

Was curious of the series before but the fact that there's this tie in I will defo be looking for it in the movies and then the books :) thanks!

Is this more of a beginner starting book or an advance sorta help yourself book? I am looking for more advance books at this point in my journey..... Please email me back with a respionse Lawbabe_82_can@yahoo.ca
Thanks!

I just finished that series and I loved every single page of the 3 book series. I tried to read slow because I didnt' want to finish it but I was so attached to the books I had to read to the very end. I guess the amazing thing about the character was she was able to identify with herself when she lost her sanity and at times excepting the fact that she was traumatized from all that she had gone through. I think she held on to some form of hope even when it seemed hopeless.

Looks like I have another book to put on my "to read" list. So it touches on issues like identifying with the aggressor? That sounds a bit like Stockholm Syndrome. With everything you describe, it seems as though the author did her homework when writing it. I like that when reading fiction.
"But this healing process seems less about repairing what’s broken, and more about grieving what’s lost, gathering what’s left, and creating something different."
I love the "hope" in this sentence!
I realized long ago that time can heal some wounds, but not all wounds. And you know what? That's okay! It's okay because I am taking what I have, and creating something different. I'm creating it my way, and on my terms. I may trip, stumble, and fall along the way, but at least I feel as though I'm heading in the right direction, for me.
I know that the healing process is different for everyone, but for me, I have found that it hasn't always been in my best interest to continually go backwards, and dig for the broken pieces that I may or may not find. That could take forever, and would result in me feeling stuck, and unable to move forward. However, if I come across some of those broken pieces as I'm creating something new and different for myself, I will work with those pieces. For now, I will work with what I have.