Mental health is a world within a world, complete with its very own vocabulary. These idiosyncratic names, phrases and expressions may seem odd, even bizarre, to newcomers and outsiders alike. However, if you intend to successfully navigate the crooked concrete corridors leading eventually to mental health, familiarity with this specialized lexicon is strongly advised. 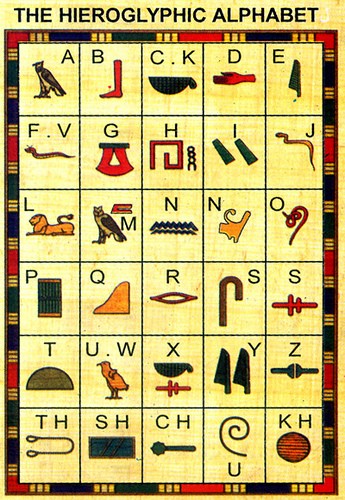 Below is a list of commonly encountered mental health verbiage, followed by helpful definitions.

This term describes a patient whose health insurance has run out.

A patient who believes all mental health maladies can be cured by studying Eastern religion.

The state of being that separates mental play from mental fast-forward. It is characterized by tropical island fantasies and irritability.

Paranormia describes an irrational fear of being abducted by aliens and forced to watch tedious, poorly produced movies of their summer vacations. It combines fear of the nearly impossible with resentment resulting from being disappointed by the nearly impossible, even though it hasn’t yet happened.

The gazebo effect refers to a strategy in which a physician uses psychology to heal a patient. The patient’s normal medication is replaced with a sugar pill, or “gazebo”, without the patient’s knowledge. The patient is then instructed to sit in an English garden, preferably near a pond with swans. Since the patient believes they are still benefiting from the actual medication, they continue to get better, even though the only force healing them is the illusion that they are a gazebo.

This rare, awkward condition describes what happens when the Best Man at a wedding considers his sorry existence, (a bleak contrast to the cheerful celebration surrounding him), and becomes so depressed he is completely incapable of performing his duties.

Instead of providing support, he spoils the joyful occasion by reciting interminable passages from Nausea and No Exit by J.P. Sartre, all the while weeping voluminously as the bride and groom vainly attempt to console him.

The weird sensation of living inside a giant echo chamber experienced by psychoanalytic patients who realize after some time that their psychiatrists simply repeat everything they say (followed, after an appropriate pause, by a thoughtful “Hmmmmm”.)

This is only a partial list, of course, and we will demystify other terms in blogs to come. Until then, keep on squazzling!

About Alistair McHarg, Author of Funny in the Head
Mood Minder® from Kronko – Forecasting Emotional Weather
JT
November, 7 2022 at 11:49 pm

Hello on a serious note, just wondering if you can give more resources on the "Gazebo effect"?

Is this a joke?

I google Gazebo effect because I figured someone out there had made that mistake before. Came across this page and went straight for it to see what moron actually thought it was Gazebo effect instead of Placebo effect. Took me until the last sentence to realize it was humour, then went and read the rest. Definitely worth it, very funny!

The Gazebo effect lead me to ur site ausi Alistair lol! ..Moses my name and a part of ma wild imagination goes like ..what would be the effect or out-come of a Gazebo pill if Pope emeritus Benedict XVI in secrecy gave it to a HIV+ patient as an HIV and Aids cure. Say hypothetically it works, what would have cured the patient? Belief of patient or Pope emeritus Benedict XVI

A little late responding to this, but I just discovered your blog here. This entry is totally fabulous. One of my favorites...

Thanks, Hannah! - I like "cured" - that's when your insurance runs out.

Great info and great writer. I will check again your blog. take care.

In the original interview I did with them I mentioned my bipolar memoir, INVISIBLE DRIVING. But when the final profile appeared in the magazine, they were gone.

It came out very professional. What was the "references to INVISIBLE DRIVING "?

Thanks, bud. I admit I was pleased with how the photo turned out - however, remember that the camera adds 10 pounds - and they used 3 cameras to take that picture! Wish they'd left in the references to INVISIBLE DRIVING but hey - I'm very grateful to the nice folks at BP Hope.

Also I just got a copy of the latest BP Hope... Congrats for you full page layout! I'm still waiting for them to use one of my cartoons in an issue... I think if i write something they might run it... I do better with drawing not writing... Doh!

Chato: Have at it. That one seems to have a lot of resonance - we've all been there. A

I love the "Cured: This term describes a patient whose health insurance has run out." That would make a good cartoon. Next time I sit down to draw I poke around with the idea... That is if you don't mind me using your idea... :)

Oh my gosh, too darn funny! What a welcome refresher.

What a breath of fresh air. You've got me chortling, giggling, chuckling, and snickering. Thanks for the levity!

Tibet's syndrome...Love that one!! :D

Hey good job!! You make me laugh so much, I loved the "cure" one. lol

Thanks for making me feel welcome!

you're killing me. in a good way. :)
welcome--can't wait to see what else you have up your sleeve!
Angela ("Life With Bob")

Thanks Michele - Humor is so subjective - you can't know what will fly until you try it. Your feedback is welcome and appreciated. A

That was great, thanks so much. I look forward to your next post.
Michele

Thanks Patricia - I am very excited about this opportunity.

Great blog Alistair! You really made me laugh, which is the best medicine, right? No "gazebo effect" but the real thing!
Congratulations and welcome to HealthyPlace. I'm so glad you're here with us.