Attention-Deficit/Hyperactivity: Is ADHD Really A Disorder?

We can quote textbooks and specialists all day long, but in the end, it is how we perceive ourselves and our individual conditions that really count. In that respect, is attention deficit/hyperactivity disorder (ADHD) truly a disorder? I don’t like terms like illness, disease, or disorder because they all imply there’s something wrong, and I don’t entirely feel that’s the case.

Growing up with ADHD

Certainly, as a kid being odd and off putting and called things like a “daydreamer” or “lazy” made me think there was something wrong with me. It wasn’t until I was much older that I started to ask, “What’s the problem with me anyway?” I began thinking maybe it was the 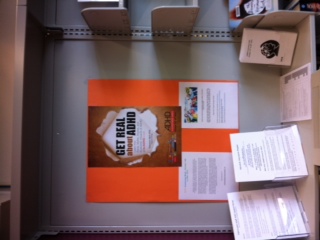 world that had a problem. Both points have some validity. I don’t fit into the expectation that “normal” has been for me and there is some problem with how the world views ADHD.

But my thinking, lack of attention, and impulsivity are not disorders to me. In fact, if anything about me is out of the norm, it is in how I process information. I feel like ADHD people don’t have learning impairments per se, the true impairment comes when we try to fit into what works for someone who is not gifted in such a way. One size does not fit all, certainly not when it comes to living and learning.

I learned to approach life and learning from all fronts. It’s something I relearn frequently, in fact. Some things come easier to me while others I need to put more work and effort into; and I despise effort that isn’t absolutely necessary. I learned to accept that I wouldn't be good at some things; because, as it turned out, I was extremely talented at other things. I didn't beat up on myself for not possessing some talent or ability. That taught me to be grateful for what I have, and to be more patient and forgiving of other people. As I forgave myself for my perceived shortcomings, it became easier to forgive the shortcomings of others.

A one size fits all education system does very few any good. In efforts to extend the opportunity for education to everyone (particularly in countries like the United States), we've inadvertently alienated some of the most brilliant minds. I can't offer an overall solution. I can only affect my own actions in major ways. That means I don't beat myself up as much, and when I am teaching, it means I make sure to consider all different learning types -- even going so far as to ask how my audience learns best. Maybe the step in the right direction involves stopping and asking those we teach how they learn more often. I don't remember ever being asked how I learned. Even now, I am rarely asked that question, which is a shame because it is such an important question.

Tags: is ADHD a disorder?

Adult ADHD and Career Choices
Stimulants and Adult ADHD: What You Need to Know
betty sainz
September, 6 2015 at 9:29 am

THE INABILITY TO CONCENTRATE consistently, even when doing so if of utmost importance, is a damnable, disabling and crippling disorder that destroys lives without intervention. What makes this such a hideous illness is the other side of the coin. We can hyper-focus, too, at times. So, the obvious conclusion must be that we really do not have an organic disorder, but a moral deficiency, a lack of willpower or a streak of laziness.
As we Internalize that position, those so afflicted become self-hating, depressed, broken blobs of wandering misfits. We try with all our strength and all the resources we can find to overcome our laziness, our immorality, our unwillingness to apply self-discipline, all to no avail. We are left in a lonely prison of self-deprecation and terror. We our failures, no matter what we do, despite a sense at some deep level, there has got to be more to us, more that just our inability to function. Something is wrong. Yes, with us, but there has to be some thing more, some where, to explain what's wrong with us. But, we let that dream die as time moves on.

I don't necessarily understand how having ADD has anything to do with learning. Learning, as well as the perception of it, is a simple human nature. Everyone learns and grasps things differently, all the time....it has nothing to do with ADHD. Some people are slow learners, or fast learners....or they don't learn at all, but ADHD doesn't have much to do with the learning process of the brain. Lack of paying attention is not a lack of being able to learn. ADHD is an excuse for a child's misbehavior and a parents lack of discipline. All I know is that ADHD all of the sudden showed up as a mental disorder in the 90's....a supposed chemical imbalance or disconnected neurotransmitters in the brain....that can somehow be fixed or miraculosly cured once a person reaches adulthood....unless you get hit with the unlucky ones who end up with adult ADD....none of it makes sense....I think it might've been that certain generation....kids born and grown into emotionless jerks with a lack of dopamine, not a care in the world, and hyper, full of energy and hyperness, enough to get the generation before them to make up a brand new mental disease instead of taking responsibility for their children's behaviors. Maybe that's kinda harsh, maybe it is a real disease....if it is, my bad.....I was diagnosed with it in many years ago....so who knows....

I have always referred to ADD/ADHD as a personality type. However, there are varying degrees of this personality and the extreme ranges would be discribed as a disorder. For example when one is unable to maintain employment due to sptoms of extreme ADD then I believe disorder is appropriate.

Learning differences, as you relate, is part of the human spectrum; it is great to hear how you ask for feedback so as to accommodate the many varying ways. My second book is called
LD Just Means Learn Differently, so I am simpatico with your empathy toward those who learn off the beaten track.
Best Regards!