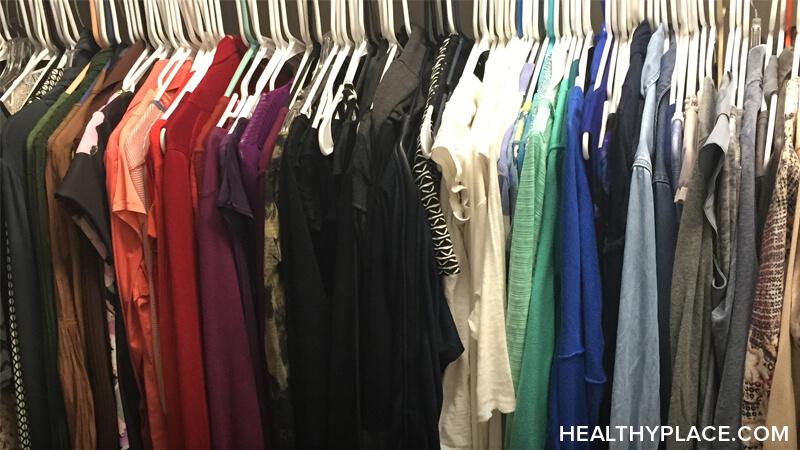 When I first started therapy as a child, everyone told me that creating a routine would help me deal with everything more easily. If I had a routine, then I wouldn't feel so helpless when the chaos of my mind kicked in. Slowly, but surely, those little routines turned to big, obsessive compulsions (OCD in Children: Signs, Symptoms, Causes, Treatments). I became obsessed with sleeping a certain way, showering a certain way, even how many times I walked in a circle during an episode. If one little thing didn't go the right way then I would be thrown into an immediate panic.

Why Did I Fear Breaking Mental Health Routines?

Not Knowing What The New House Could Bring Made Me Panic

Even though I had been looking forward to moving into a bigger, nicer apartment, I suddenly found myself in the middle of an anxiety attack a few days before the big day (Facing Change? Anxiety Can Be Related to Adjustment Disorder). I started panicking that I didn't even remember what the new place looked like. What did the shower look like? What walls could I punch if I started to lose myself?

Reliving Mental Illness Breakdowns I Had In My House

Slowly my mind started to go over the last three years in my apartment. It was one of the first things that were truly mine--so much had happened there. Suddenly, each memory from my episodes flooded forward. I was reminded of the times where it seemed like I was never going to leave the floor, the moment I realized I had to go back to therapy.

Dealing with My Fear of Breaking Mental Health Routines

The mental health routines I'd created at that apartment were perfect for my healing. I was at the best place in my life. I was worried that moving was going to make it all come crashing down. I would need to start over completely. Not just a new house, but new coping mechanisms, new rituals.

Slowly, but surely, I came to grips that I'm never going to stop fighting mental illness. I've been through worse things than moving into a nicer house--I just have to take it one day at a time.

Mental Illness in Youth: How It Can Start, Clues It Is There
The Difference Between Being Depressed and Having Depression