How Can Alcohol Abuse and Addiction Affect Your Life? 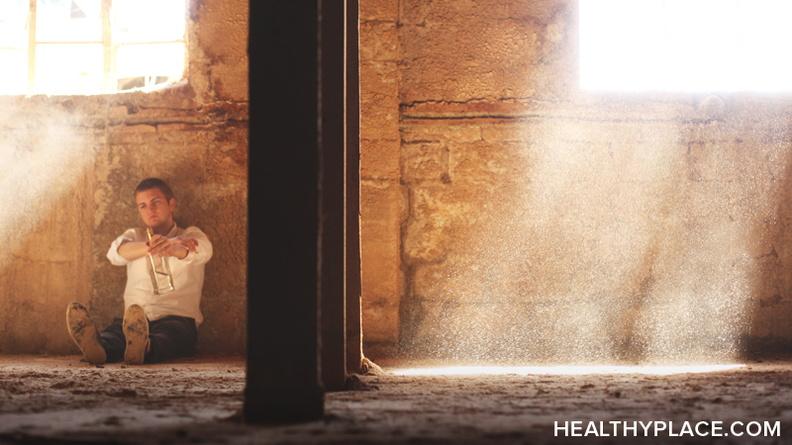 For An Alcoholic, The Party is Just Beginning

A significant amount of people go out at the end of a long day and enjoy a few drinks with some friends. While this small amount of alcohol consumption may cause them to feel more relaxed, talkative, and more confident, that is the extent of their evening. However, for someone who abuses or is addicted to alcohol, their evening is only just beginning (How Much Alcohol is Too Much?).

Fast forward a few hours and a few more drinks later. As more alcohol is consumed, an individual gradually loses their ability to balance, they lack coordination, and their judgment falters, causing an increased risk for accidents. These are the people stumbling around the bar, falling on the floor, and can’t seem to walk straight – appearing as though something is tilting the room for them.

After stumbling up at the bar and throwing a few more back, these individuals may become unable to walk, they may vomit, lose control of their bladder, and eventually pass out. This behavior becomes even more concerning after last call, when inebriated people are kicked out of the bar and either make the potentially life-threatening decision to drive home or decide to continue the party elsewhere. That could lead to ending the night in an ambulance due to alcohol overdose. In addition, inebriated people are at higher risk for engaging in violent behavior, having unsafe sex, or committing a number of illegal activities. (Am I an alcoholic? Take online alcoholism test.)

Effect of Alcohol Abuse and Addiction: A Real Life Example 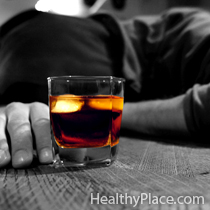 I’m sure that while reading through the previous section, a majority of people are reminded of at least one person. For me, that person happens to be one of my father’s friends, who we’ll call “John.” Most of the time, John was a great guy, but his downfall was that he loved to drink. The problem was that when John drank he wasn’t able to stop drinking alcohol; he would drink until he was no longer able to stand and often found himself in a number of unfortunate circumstances. From what I’ve heard, he’s gotten a couple of DUI’s, was unable to see his children without court-appointed supervision, and was facing financial difficulty due to his inability to hold down a job.

As a young child, I remember getting up in the morning to go to school and seeing John passed out in a limo in our driveway, sleeping off his latest binge. While usually a happily married man, when drunk, John would drop ridiculous amount of money at night clubs on booze and strippers, eventually leading to the demise of his marriage. At his lowest point, John found himself in a deep depression with no wife, no job, and had no contact with his children. (How to Help an Alcoholic)

Thankfully, some concerned friends reached out to John and took him to an inpatient treatment facility where he was able to get the support and treatment he needed. (Alcoholism Rehab: Time for an Alcohol Treatment Center?) Today, John is sober and is once again leading a happy, successful life. If John hadn’t gone to rehab and gotten help, his story could have turned out far differently.

John was one of the lucky ones who got the help he needed and was able to turn his life around. However, there are still a number of people who can’t or won’t get the treatment for alcohol abuse and addiction they need. After a while, those who regularly abuse alcohol develop a tolerance and will have to drink much more in order to obtain the same effects, leading down the road toward addiction to alcohol, or alcoholism. Once drinking has become the central part of an individual’s life and continues to go untreated, it can lead to another set of devastating long-term, chronic effects. The most serious of these consequences is death from overdose, accident, or alcohol-related physical illness.

and are at higher risk for heart disease, heart attack, and stoke.

In addition to the permanent damage to physical health, alcohol abuse and addiction can cause:

Over time, as a person’s drinking continues untreated, these consequences will only get worse as the grip of alcohol addiction slowly takes over every aspect of their life, trapping them in an endless cycle with no signs of escape. Fortunately, even alcoholics in the late stage of the disease can benefit from proper treatment at an inpatient rehab facility that offers detox to manage the physical aspects of alcoholism alongside psychotherapies to manage the emotional aspect of addiction. It is this combination that helped John and countless other individuals who have struggled with alcoholism learn the skills needed to become sober and the treatments needed to begin repairing the damage that alcohol has done to their lives.

You can also find Lauren Hardy on Google+.

APA Reference
Hardy, L. (2014, March 12). How Can Alcohol Abuse and Addiction Affect Your Life?, HealthyPlace. Retrieved on 2022, May 18 from https://www.healthyplace.com/blogs/mentalhealthtreatmentcircle/2014/03/how-can-alcohol-abuse-and-addiction-affect-your-life