Why I Chose to be a Mother Despite My Bipolar Diagnosis

Should women with serious mental illnesses have children? There are many respected, professional women living with bipolar disorder who have decided against having children (I Can't Get Pregnant--I Have Bipolar Disorder). I chose to have children, to take the risks associated with a bipolar pregnancy, postpartum dangers, and passing down my bipolar disorder. Here’s why.

The risks of a bipolar pregnancy are myriad: the effects of pregnancy hormones on a woman's mental health during and after pregnancy, the dilemma of whether or not to go off medication during pregnancy, and the possibility of passing down her mental illness all weigh into a bipolar woman's decision when considering whether motherhood is an option for her (Pregnancy and Bipolar Disorder). Many, like myself, have found ways to have children of our own. Still, my journey to motherhood was not easy.

"Can I still have babies?" was the first question I asked my doctors when I received my bipolar 1 diagnosis. Of all the ways having a serious mental illness would alter my life, I cared the most about losing my chance at motherhood. I was willing to go to therapy and take my medications, but could I give up motherhood? I was willing to deal with the many side effects of mood stabilizers, but could I give up Christmas mornings with pajama feet running down the stairs? I was even willing to accept that maybe my career aspirations would have to be altered to accommodate my wellness regiment, but could I give up first days of school and family vacations? Could I give up ever knowing what it felt like to be known as some little person’s ‘mom’? 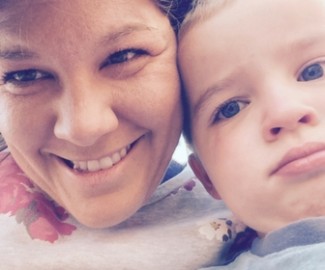 No, I decided. I would not give up the dream of a family for this illness. I could give up the idea of having a career, realizing I may never be able to work full-time again. But I couldn’t give up being a mama. I didn’t know if I could ever be stable enough to go off meds, or to even carry my own babies. But I desperately wanted to be a mother, more than any other dream in my life. I decided that my journey to motherhood may look different, and it might take longer for me to get there. But I wanted a family, and I was willing to do whatever was necessary to achieve that goal.

Motherhood with a Bipolar Diagnosis is Possible, but Not Easy

Even though I wouldn't give my two boys up for the world, having them was a feat of a lifetime. If I had not had a loving, stable husband and a team of doctors helping me along my journey, I don't know if becoming a mother would have been possible for me. My journey to motherhood was fraught with grief, medical complications, and struggle. As much as I researched and prepared for my pregnancies, I was still overwhelmed with the realities of pregnancy, post-partum, and the sleepless nights of caring for an infant. I struggled for years with a debilitating depression I refused to own, scared that if I revealed the depths of my depression that I would be admitting I could not handle bipolar and motherhood.

If You Want to be a Mother Despite Your Bipolar Diagnosis, Start by Talking with Your Partner and Doctors

Even though my journey was difficult, there has never been anything I've ever been more proud of. Life with bipolar disorder is hard every day. But life with my family makes every day beautiful.

If becoming a mother is still your deepest dream in spite of a bipolar diagnosis, begin by talking to your partner and your doctors. Start making a plan. Accept that your journey may look different than your sister's or best friend's (Mothering with an Invisible Mental Illness).

Your journey may take longer, and you might have to make sacrifices that your counterparts won't have to make. But come back and check in with me here, where I'll be laying out a pre-pregnancy plan for women with bipolar disorder and talking more about the lessons I learned along my journey to motherhood.

APA Reference
Arthur, T. (2016, October 12). Why I Chose to be a Mother Despite My Bipolar Diagnosis, HealthyPlace. Retrieved on 2020, July 12 from https://www.healthyplace.com/blogs/mentalillnessinthefamily/2016/10/why-i-chose-to-be-a-mother-despite-my-bipolar-diagnosis

How to Talk to Your College Student about Mental Illness
What to Consider Before a Bipolar Pregnancy: Your Marriage