It's a common misconception among the "normal"--any time a child with a psychiatric illness demonstrates an undesirable behavior, it's surely connected to his diagnosis. Little do they know, mentally ill kids are, at the end of the day...kids. 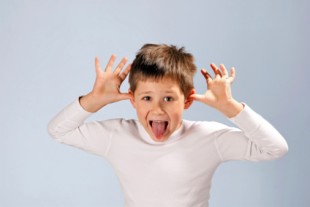 I got a phone call yesterday from Bob's teacher, giving me the heads-up on a discipline slip Bob was bringing home for me to sign. Bob had been caught by another teacher "acting out" in the restroom--climbing over the stall walls, scaling the heater and attempting to open the window. He was escorted to his classroom, where he was given the discipline sheet to fill out. He was finishing it as the class lined up for recess, in their usual chaotic manner. He got pushed, and pushed back with the clipboard he was using. According to the teacher, words were exchanged, and Bob's weren't appropriate for mixed company.

I started to give my usual canned "I'll be sure to discuss this with him" speech, but had only made it through the first line or two before the teacher asked, "You know what happened last Friday, and then today--is there maybe something going on with him? Maybe with daylight savings time ending?"

It's true that changing seasons and the sudden onset of darkness this week has its effect on Bob (and on many children with bipolar, depression and anxiety who are sensitive to light and dark changes). I had forgotten about it, but the teacher had been reminded by Bob's teacher from last year. And it certainly could have some bearing on his snippy mood this week, as could his possibly coming down with the virus his brother had last week.

But the other stuff (last week's fight and the restroom gymnastics)? I don't think any of that is related to either Bob's bipolar or ADHD. I've already opined on the fight; the restroom antics I think are most attributable to a disease I call "Kids Do Stupid Stuff-itis."

I considered mentioning this, but frankly, I'm getting tired of having to educate the world about the ins and outs of my child's illness. Perhaps that's not very socially responsible of me, but I'm too tired to be a maverick every day of the 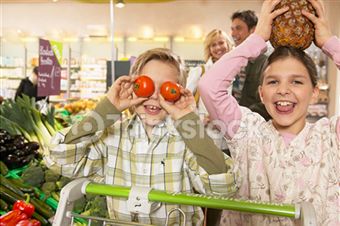 It's not the teacher's fault. Early Childhood Ed programs don't offer "Teaching Mentally Ill Children 101," and I did ask her to alert me to any changes in Bob's behavior. (Although I was referring to behavior changes over a period of time--not one incident of kids being kids.)

That's the thing about our kids--their mental illnesses and quirks are certainly capable of interfering with their lives. But they're still kids. They still screw up, even if their psychiatric medications are working and therapy is going well and the planets are aligned. They still say things they shouldn't say. And sometimes, believe it or not, they just have an "off" day.

I Must Teach My Child About Mental Illness Stigma
Lack of Concrete Answers Frustrating for Parents
Lori
November, 21 2010 at 3:35 am

Hi, I struggle with what part is hormonal, teenage behaviour of my 13 year old developmentally delayed son, and what part is symptoms of his mental illness.
His attitude towards his 10 year old sister is paranoid and extremely agitated. He cannot tolerate her presence on the same floor as him, for her to look at him, or even to hear her after he's screamed at her to get away from him (to which she cries "I'm sorry" and runs to get out of his sight).
It would comforting to know it was just teenage hormones, but his agitation seems to more exaggerated. It upsets me to think it is his illness, in spite of the cocktail of drugs in which the side effects which make him very ill (increase his heart rate to a level where he's out of breathe just climbing the stairs) are almost more harmful than the illness, just barely keeping him out of the hospital. His weight has ballooned to 220lbs, an increase of 70lbs a year ago.
So the drugs, allow him to function well enough to attend school, even though physically unwell. Without the drugs, he would be in hospital.
If I knew his behaviour was just normal kid behavior, I would sluff it off. He is too cognitively impaired to respond to the year of behavioural therapy he had. But his abuse of my daughter and I, which I fear is his mental illness, has caused me to want to take my daughter and run many times - my poor husband, a saint of a man who tries so hard to care for our son and run interferance between the abuse, of myself and our daughter.
My son come's home today after his monthly overnight of respite. Where do I run to with my daughter today? Tomorrow they have the day off from school. Where do I run with my daughter tomorrow?

Yes, I do wish people would realize that sometimes a cigar is just a cigar and sometimes kids are just kids.
- Natasha

A little knowledge in the hands of teachers or others working with children is a dangerous thing. I say that as a former classroom teacher.
Not only do teachers, child care providers, even Sunday School workers, react to every behavior of a child with a diagnosis in the way you describe, but after a half-day workshop they suddenly decide they can also diagnose.
Far too many children, especially boys, are labeled early on in their educational careers with some sort of "illness." It happens because some children are too immature to handle the pressures of school. Boys in particular aren't built to sit still six hours a day -- thus bathroom gymnastics.
I hate to think what my sons might have endured had I not homeschooled them.
Angela (other moms), keep educating.

Thanks, Susan. I think it doesn't help that we've compounded the "pressures of school" enormously over the past 20 years--expecting children to behave in a more "adult" manner than even most adults are capable of (as I touched on in Tuesday's post). It used to be that kindergarteners were doing good if they could make it through a day without wetting themselves; now many programs expect them to be able to read, write and perform simple math before they even start. And don't get me started on "zero tolerance."