Love Me, Love My Kid: Stepfamilies and Mentally Ill Children (Part 2 of 2)

As with any blended family, adding children adds potential for conflict. Babies and toddlers are needy and demanding---so is Bob, my son with a psychiatric illness. Finding balance in managing the needs of all family members can be problematic. 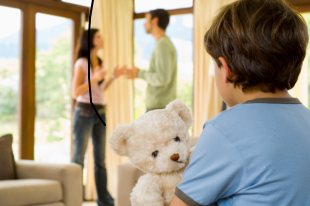 Since there are two children and two adults in our family, my husband and I have traditionally followed the "Divide and Conquer" approach; he handles the toddler, while I manage Bob. For the most part, this works, but it has created tension. It gets old always being the parent who fields calls from school and manages medications and appointments, while the other parent gets to pick up the "good kid" from school and hear about how great he is. It's no fun to spend an hour struggling over math homework while Dad sits on the couch with a toddler on his lap. Alternatively, now that the toddler is entering his Terrible Twos, Dad doesn't always enjoy getting a screaming toddler bathed and ready for bed every evening. Divide and Conquer has its advantages, but doesn't necessarily ensure everyone's getting what they need. Trying to accommodate everyone can be exhausting.

Another problem with Divide and Conquer is only one parent (in this case, me) is managing Bob's treatment. If there is a question about which psychiatric medications are taken when, I'm the only one who can answer it--which has made for some frustrating phone conversations when I'm away. And although my husband's office is only minutes from both Bob's school and psychiatrist's office, I need to attend his appointments because I'm the one able to adequately relay Bob's condition and progress (and remember the psychiatrist's recommendations after the appointment). 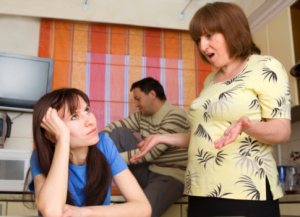 Step-Dad's Changing Role and Attitude Towards Stepson With Mental Illness

Perhaps the biggest downfall of Divide and Conquer has been the widening gap between stepson and stepfather. Before the Toddler, my husband and Bob spent a lot of time together--now, not so much. I worry about Bob feeling left out and becoming the family "outsider". I also worry about my husband, over time, seeing Bob not as a member of our family, but as my child, the one who makes things more difficult for his child and family. I have noticed a shift in the way they relate to each other over the past couple of years. I don't know if it's because of the toddler, Bob's growing older, my own imagined concerns, or all of the above.

Of course, I also worry what impact Bob's diagnoses (Bipolar Disorder and ADHD) will have on his relationship with his brother in years to come. It's not much of an issue now, as the toddler is still young enough to believe his older brother is the coolest thing since sliced bread. I'm sure that will eventually change despite my efforts to strengthen their relationship.

As in all things, perception is the most important ally a blended family could have. I wouldn't have married my husband had he not been able to perceive Bob as part of "our" family. Although he knows he is not Bob's biological parent, he understands that, as long as we are all under one roof, we are all part of the same family unit and, ultimately, all responsible for each other.

The issues faced by all blended families are similar. The complexities of raising a child with a psychiatric illness, however, can further complicate matters. Parents and stepparents should prepare themselves for a bumpy ride and be willing to expect the unexpected before they take the plunge.

(Love Me, Love My Kid: Stepfamilies and Mentally Ill Children (Part 1) is here.)

APA Reference
McClanahan, A. (2010, December 2). Love Me, Love My Kid: Stepfamilies and Mentally Ill Children (Part 2 of 2), HealthyPlace. Retrieved on 2020, September 22 from https://www.healthyplace.com/blogs/parentingchildwithmentalillness/2010/12/love-me-love-my-kid-stepfamilies-and-mentally-ill-children-part-2-of-2