My son’s bipolar disorder and ADHD treatment has been a constant source of conflict between his father and I. Non-compliance with Bob’s prescribed medication regimen has been an ongoing problem for years, and has once again become a problem following a frightening drug reaction. Despite the devastating effects bipolar medication non-compliance could have on Bob’s physical and emotional health, there are sadly few resources I can go to for help. 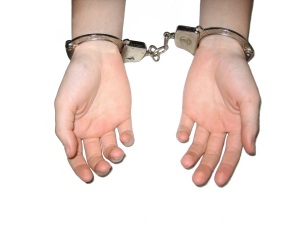 Through the family court, I was awarded sole legal custody of Bob. In our state, this means I have sole decision-making authority with respect to Bob’s education and healthcare. It looks great on paper; unfortunately, that’s about as effective as it’s been. If I suspect Bob’s medication is being withheld, in direct violation of the judgment, it’s up to me to file a request for the Court to hear my case, hear Dad’s rebuttal, and then decide whether or not Dad is in violation. This process takes months, is expensive, and ultimately a no-win, as I can’t prove anything. (Of course, I could have Bob’s lithium levels checked prior to and following his visits to his father, but that’s a lot to put him through for the sake of a court case that may or may not be ruled in our favor.)

Initially, I contacted the Division of Family Services when I found out about Dad’s non-compliance. An investigation was opened, but I was informed our state doesn’t consider the withholding of psychiatric medications “medical neglect.” In other words, no parent is under any obligation to administer psychiatric medication to a child if he/she doesn’t want to. Even if they did, Dad denied he was withholding meds, despite telling several people at Bob’s school he had.

Please Doctor. Explain to My Ex Why Our Son Needs Psychiatric Medications

Last year, I made a plea to Bob’s then-treating psychiatrist. Just a phone call, advising Dad why Bob was taking the psychiatric medications, why he needed them, etc. The psychiatrist told me he wasn’t going to start calling every non-compliant Dad because he didn’t have time and Dad would do what he wanted, regardless. He did see Dad in his office and spent an hour talking to him, which he later billed me for. (I switched to another psychiatrist in the same practice shortly thereafter.)

I suppose I could withhold Dad’s visitation—but again, that lands me back in court, explaining to an unsympathetic judge why I shouldn’t be found in contempt for violating the judgment because of my unproven concerns Dad wasn’t giving Bob his medication, which the state says isn’t necessary anyway. I don’t believe that would end well at all.

Ultimately, my hands are tied. I can supply the psychiatric medication, attempt to educate Dad (and Bob) on its purpose and necessity, and hope for the best.

If Bob were taking insulin, it would be a whole different ball game.

Kind of ridiculous, isn’t it?

When Parents Disagree On Psychiatric Treatment - Part 1
Parents Not Always the Enemy (Pt 1)
Dr Musli Ferati
December, 22 2010 at 3:56 am

Parenting is difficult profession, which include many misunderstandings between parents and their children. When we are dealing with children with mental disorders, the situation become more provocative for parent. The main issue is that parent more difficult accept the psychiatric diagnosis of their children. Therefore, in these cases is preferable to work more with the parent to accept the same diagnosis of their children, as a real state, which should be treated by psychiatrists. Otherwise the prognosis and evolution of mental disorder in children will be unsafe and bad anyway.