Are Long-Term Risks Worth the Benefits of Bipolar Treatment?

After several phone calls and missed fax transmissions, I finally had Bob's most recent lab results in my hand and his psychiatrist's. His lithium level was surprisingly low. His BUN, however, was high--enough to generate concern he may be developing lithium sensitivity. His psychiatrist suggested the labs be reviewed by his general practitioner prior to making our next move.

I had forgotten long-term lithium use can lead to kidney failure. I have since added that to my list of Things to Worry About at 3 AM, and asked myself the question: Am I sacrificing my child's physical health for his mental health? Can't he have both? 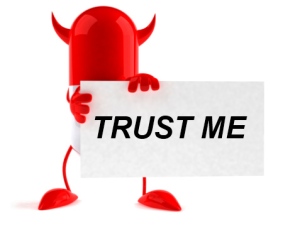 It's not a fun decision to make--what's more important, your child's functioning in the world, or the possibility of his various bodily functions shutting down (sometimes permanently). Given the stress I was under all last week--ridiculous work deadlines, the voluntary departure of my boss, the threat of more layoffs, more bad weather en route, more "Boblems" at school (resulting in two telephone calls from the principal)--I wasn't 100% sure I was in the right frame of mind to make a decision of such magnitude.

If No Lithium, Then What?

Waiting for Bob's pediatricians to sort it out, I rolled over the possibilities in my mind. Suppose it's decided to take him off lithium. Then what? Try another medication, wait six weeks to see if it works and if not, try something else. We could end up trying at least three new drugs in the 16 weeks before the end of the school year--and in that time, Bob could end up suspended, expelled, even the subject of a lawsuit for seriously harming another student. Additionally, who knows what kind of joyful side effects the new medication(s) would bring? Who's to say alternative medications wouldn't potentially damage his liver, his digestive tract, or cause further uproar in his kidneys?

Cancer patients often complain the cure is worse than the disease. I can relate. Every morning I hand my firstborn a cup full of poison because it has just enough effect on his brain to make him able to get through a day. In exchange, I could be taking years off his life for something that isn't a cure and isn't even entirely effective. 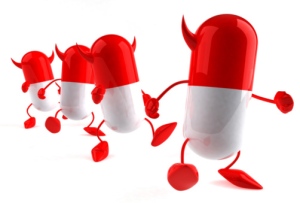 Is it worth it?

I consider Bob before he was introduced to lithium and Seroquel. He couldn't get through a day at school. He had no friends. He had to be restrained on multiple occasions because his rage episodes would often escalate to the point we were afraid for his safety. Drugs may be shortening his lifespan, but his behavior without medical intervention would likely shorten his life even more. Unmedicated Bob isn't an option, either.

Ultimately, it was decided Bob's BUN wasn't high enough to cause concern--yet. His psychiatrist increased his lithium dose and we'll keep watching his labs closely. We'll continue to sacrifice the few for the greater good, and hope we're doing the right thing.

APA Reference
McClanahan, A. (2011, January 30). Are Long-Term Risks Worth the Benefits of Bipolar Treatment?, HealthyPlace. Retrieved on 2020, August 9 from https://www.healthyplace.com/blogs/parentingchildwithmentalillness/2011/01/are-long-term-risks-worth-the-benefits-of-treatment