You know the feeling. You're tired--no, make that exhausted, your head hurts, your stomach hurts, and you just can't seem to be able to get with the program. And you haven't had a drop to drink. Then you look at the calendar and realize it's the first week of January.

Welcome to the "Holiday Hangover."

The Holiday Hangover: A Break From Routine 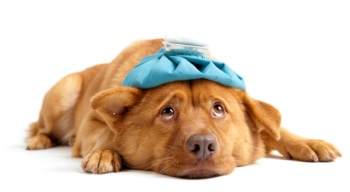 I first heard the term coined by Bob's preschool teacher as she described a class full of children who seemed to need some Tylenol and a very long nap. It was the second or third day back to "school" following the holiday break, and all the kids seemed to be in a state.

Bob was no exception. It seemed all the progress he'd made during November and December had flown the coop, and he was as whiny, uncooperative, combative and wound up as ever.

The holidays have a way of doing that to us all. There's a significant break from routine--even if you don't celebrate personally. School is out, and (depending on where you live) the weather isn't conducive to outdoor activity. The kids spend a good two weeks being shuttled from one relative's house to another, where they are bombarded by people and food and noise and lights and gifts. They eat poorly, their sleep is disrupted, and routine becomes a distant memory.

Then, almost as abruptly as it arrived, the holiday season ends. And the kids are expected to return to school as if nothing happened.

Routine is Essential for Children with Mental Illness 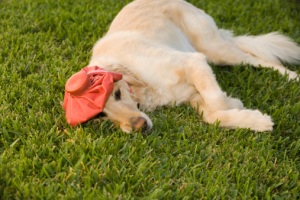 Any kid would have a problem with this. But children who struggle with mental illness (like Bob, who has bipolar disorder and ADHD) are affected even more. For many children with mental illness, routine is key to their management. Sleep comes in a close second, with diet trailing close behind. Even parents who try their hardest to prevent disruption of any of those primary elements may find it impossible not to.

My husband returned to work today, and I took the day off work to stay with the boys, who haven't returned to school yet. I could have sent Bob to the school-aged child care program at his school, but considering the all-day program is hardly optimal for him on a good day, I didn't think it would fare well to send him with his holiday hangover. The past week has been tough for all of us--the toddler is bored out of his mind. Bob is beyond grumpy, anxious, quick-tempered, and high-strung.

I'm more than a little nervous about his return to school tomorrow. Hopefully, it won't have too many bumps and curveballs and we'll all make it through unscathed.

APA Reference
McClanahan, A. (2011, January 4). Managing the "Holiday Hangover", HealthyPlace. Retrieved on 2021, May 7 from https://www.healthyplace.com/blogs/parentingchildwithmentalillness/2011/01/managing-the-holiday-hangover