We may not know exactly why, but as parents of children with psychiatric conditions affected by season changes (seasonal affective disorder, SAD), we can be pretty certain when our kids are going to develop their own version of "spring fever." The question is--what can we do about it? 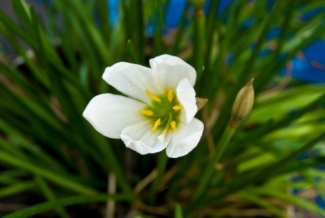 Knowing your child's patterns is particularly helpful. Mood journaling can assist in this, particularly for already-stressed-out parents who have a hard enough time just remembering all their child's psychiatric medications (like yours truly). Recognizing Bob's tendency toward mania in mid-to-late January allowed me to alert his psychiatrist to the same last year. Accordingly, she adjusted his bipolar medications and we were able to, for the first time, avoid any second-semester drama. (This year, unfortunately, we weren't as quick on the draw, and have experienced some problems as a result.)

Communicating with teachers and other caretakers is also essential. I have been known to alert Bob's teachers right before daylight savings time (either springing forward or falling back), as those events tend to correlate with "Boblems." Unfortunately, the heaviest testing periods seem to be in the spring--it's possible I will have to eventually work out alternate arrangements for Bob in this regard. Students with high levels of anxiety, mania or other seasonal affective disorder symptoms may find studying for and taking important exams almost impossible until their symptoms resolve, or they find relief through therapy or medical treatment. 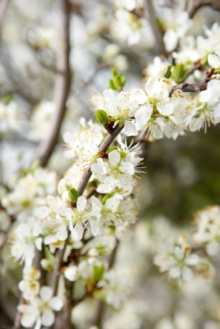 Of course, if you can do it, there's always jumping ship and moving to a location with either no seasons or minimal change in seasons. The aforementioned Canadian study suggested the highest incidence of seasonal exacerbation of psychiatric symptoms to occur at Latitude 44-45 degrees, where all four seasons are distinct.

I've been begging my husband to move to Florida--both for Bob's sake and mine--but he isn't going for it. Like everyone else struggling this time of year, we'll just have to endure, and know that brighter days (literally and figuratively) are to come. For adults trying to cope with seasonal mood changes, here's a great article on Self-Help Treatment for Winter Blues (Seasonal Affective Disorder).

This is really interesting because it's contrary to popular thought on the matter. I can't tell you the number of people who have told me they've gotten _better_ during the spring and summer.
But I suppose, as with all things brain-related, your millage may vary. That's why keeping a mood journal is a good idea (as you've suggested above.)
- Natasha

Actually most of my research does support improvement in depression symptoms during spring and summer, with an increase in manic episodes and anxiety during that time of year. And like you said, it's not an exact science--everyone is different. Heck, some of us aren't even the same from year to year--summer is my absolute favoritest time of year ever, and last summer was one of my lowest periods yet. It's a strange animal, the brain...