A few weeks ago, I put the kibbosh on Bob's playing with the gang of boys in our neighborhood. My decision came after he made the unfortunate choice to ride his bike with them to the middle school (several blocks away and out of my range of observation). It was, I believe, a necessity--the boys are mostly older than he is and, I fear, use him more for entertainment than anything--but I still hated to do it. 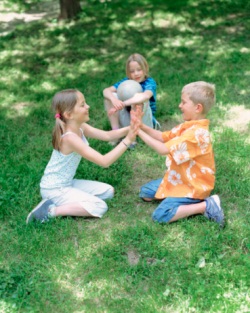 Bob has always wanted to have friends. As a toddler, he would approach anyone with the zeal of a political hopeful on the campaign trail. He was ridiculously friendly and wanted to play with every child he encountered. It never lasted long, of course, generally ending in the other child's tears after Bob shoved or slapped or bit him for some random act of trespass. And then Bob would wonder what went wrong, and why he wasn't allowed to play with that child anymore.

As he's gotten older, nothing much has changed. He wants to have friends, but he wants them on his terms--to be around when he wants them around, to leave when he doesn't, and to do what he wants when he wants. Strangely enough, he's been able to find at least one such child in every class, but that child is often scared away by Bob's unpredictable rages.

When he finally became old enough for the neighborhood boys to not blow him off altogether, I was thrilled. I don't ignore him, but I am 30 years his senior and a girl and therefore, not the best playmate. But I began to suspect these boys weren't exactly thrilled to have Bob as part of their group. He seemed to often be on the outskirts of their circle, tagging along until they decided to throw him a bone. 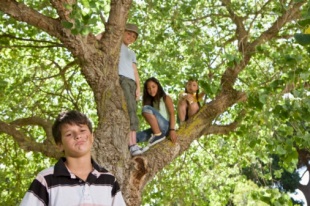 I feared what this could lead to. Say they were all bored one day, and knowing how easily manipulated Bob can be, and how desperately he wants to be one of them--what might they entice him to do? I don't know, but my imagination can run wild with the idea, and knowing Bob, I think he'd be down for just about anything.

I'm hoping to find some opportunities to help Bob learn some social skills this summer, but I'm coming up short. Sports are pretty much out of the question because of his lack of interest and schedule conflicts. I also wonder if maybe I should just let him remain a loner, as that seems to be his preference most of the time anyway? For now, I just hope beyond hope another 9 to 10 year old boy moves into one of the available houses in our neighborhood, soon.

APA Reference
McClanahan, A. (2011, May 3). Friendships Come Harder for Child with Psychiatric Illness, HealthyPlace. Retrieved on 2023, February 3 from https://www.healthyplace.com/blogs/parentingchildwithmentalillness/2011/05/friendships-come-harder-for-child-with-psychiatric-illness

My son is the same way. He is 13 years old but he wants friends and wants to fit in so badly. He's also a loner. He is now being teased at school because he is an easy target, he is quiet and shy and very sweet. He says his friends stick up for him. I hope so much that it is true. I just want him to be happy and have a good happy life.