Sometimes, my frustration at Bob gets the better of me, and I hit him. Or pull his hair, or pinch him, or kick him, or any of a number of physically abusive gestures.

Fortunately, he's usually asleep during these attacks--and so am I--because it only happens in my dreams. 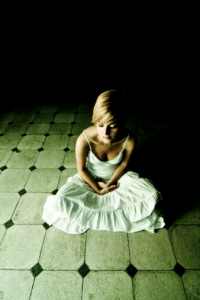 I don't remember when I started beating Bob in my subconscious. I know my husband does, too (because he once slapped me on the backside while doing the same to Bob in Slumberland). I know I always wake up feeling horribly guilty and glad it was only a dream. (I assume my husband does, too, but I'm loathe to ask.)

The guilt doesn't usually last long. I know the dreams are mere synapses firing in response to my very tired brain's frustration with Bob and Boblems and all things Bob-related. I know they are not manifestations of a subconscious desire to slap Bob silly. If I were daydreaming at my desk about beating Bob, I'd be worried--but this isn't the case.

This morning's nightmare took on a new twist, however--I was beating Bob, yes--but Bob was also beating me. In the dream, I had run out of a medication and was suffering side effects not unlike total motor function loss and narcolepsy. Bob was taking full advantage of my impairment by getting in his punches here and there, and destroying our house room by room. 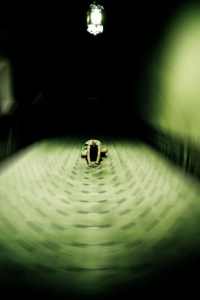 In reality, I was drifting in and out of consciousness, and even talked to Bob during a couple of near-awakenings. When I finally came to enough to recognize I was awake, I high-tailed it out of bed and into the shower--not so much because it was late as to escape the dream.

I even called him upstairs to apologize. It was that bad.

He chuckled as if to say "you're weird, Mom" and asked "for what?"

"For not getting up earlier." Which was true, in a way.

"That's okay, I kind of like it when you sleep in." (Uh-huh. Because then I'm not around to check his backpack and pockets for contraband, or make sure his teeth get brushed, or his hair combed, or appropriate school attire put on. Little does he know I can do all of these things and more no matter what time I get out of bed.)

I dream i rip out my daughers haor, push her, and am verbally abusive. I hate these dreams. Oddly enough they do happen close to my waking time after i press the snooze button. These dreams make me so unneasy and u comfotable. I love my daughter. I yell in the mornings sometomes when we are late and I wonder if my frustration is being predicted in my dreams when I am trying to just get that extra bit of sleep that I know will make me late and a bit crazy...

You shouldn't feel guilty. We can't control what we dream about and if you are stressed it's understandable. I know I dream some crazy dreams. I am also bipolar, hmmm, I wonder if my husband dreams about beating me in his sleep. I wouldn't blame him :)
Michele