Should You Expect Less From People? 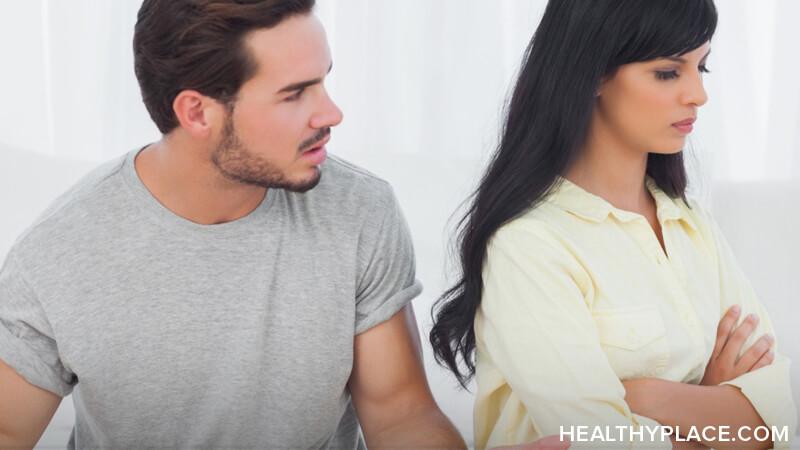 One Reason We Should Expect Less from People

People with mental illness are more empathetic and are likely to be disappointed when others don't return empathy.

Robin Williams once said, and I am paraphrasing, that the people in the world who are the nicest are those who are the saddest because they know what it feels like to be alone. In my life, those friends who also struggle with mental illness are, by far, the most empathetic ("What Mental Illness Has Taught Me About Empathy"). We know what it is like to reach out to others, to extend a hand for help, and to have ignored, and so, therefore, we determine not to do that to others. We understand when people have rough days or rough years, and because we have been through them as well, we go out of our way to help any time we can.

This empathy is a great thing most of the time. However, it can also get us hurt. Since we are the ones who will always be there for those around us, it leads to even greater disappointment when those same people won't do the same, or even close, for us.

I once had a friend who started a company. I invested in his company and it went bankrupt. He went bankrupt. I would reach out to him, tell him that I believed in him, take him to meals since he had no money, and stand up for him to those who abandoned him at his lowest point. Well, he started a second company and grew it to be worth nearly a billion dollars. I was unemployed shortly after my divorce and called him to ask about a job with his company. His response? "People find you too annoying."

I couldn't comprehend ever doing this to someone else and it hurt me deeply.

Should We Expect Less from People All the Time?

This is the million dollar question. If we lower our expectations of people around us, expecting that they will disappoint us, we are certainly less likely to be hurt. Had I expected my "friend" to not care at all, I wouldn't have been so discouraged after that incident. Given the innate and learned empathy of most people with mental illness, those in our lives, even with the best intentions, will likely fail to live up to what we would do ourselves, again leading to disappointment and, in my case, a severe depression spiral. With the possible exception of my parents, I don't know a single person in my life who would ever do for me the things I would do for them.

However, if we lower our expectations, we also don't hold those in our lives accountable for their actions, or lack thereof. If I expect that my friends will never be there for me, they have no reason to ever try. In turn, perhaps I would lower my standards for myself, something I never want to do.

So where does this leave us? It would seem on the surface that the only choice is one between constant disappointment and apathy. But this isn't the case, and this is where communication comes into play. I try to tell those in my life when they don't treat me the way I would want to be treated. I point out when they don't follow through, don't respond, or don't notice the warning signs of a depressed Jonathan. I lay out what my expectations are, and if more of us do the same, perhaps more people would live up to those.

The world can seem an uncaring place much of the time and for those of us with mental illness, the disappointment we get from those examples hitting home can lead to us being triggered at the least, and depressed and suicidal at the worst Only by keeping our expectations of the people in our lives high can we move past that. And those who continue to disappoint? They can go in the direction of my former friend and get the heck out of our lives.

Jonathan Berg is a former non-profit executive who decided to chuck it all and become a travel blogger. He is passionate about good food, amazing experiences, and helping those who struggle with mental illness as he does. Find Jonathan on Twitter, Facebook, Google+ and his blog.

Coping with the Suicide of a Loved One
Manic, Happy or Euphoric? How I Tell Them Apart with Bipolar