Self-Harm, Scars and Some Stars

It’s been a while since I read a life-changing book. I mean, a book that keeps your mind going throughout the day and your emotions on edge. I read The Fault in Our Stars , by John Green, in less than two days and even though I’m a writer, I’m not a quick reader.

The book is about two teenagers with cancer who meet at a cancer support group and, you guessed it, begin talking. It may sound cliché, but the story is one that must be read. Even though I am a cancer survivor, you don’t have to have the disease to be able to relate to the idea of pain.

It may be different than self-injury pain, but it is pain all the same.

Make Your Mark on the World - Not on Your Skin 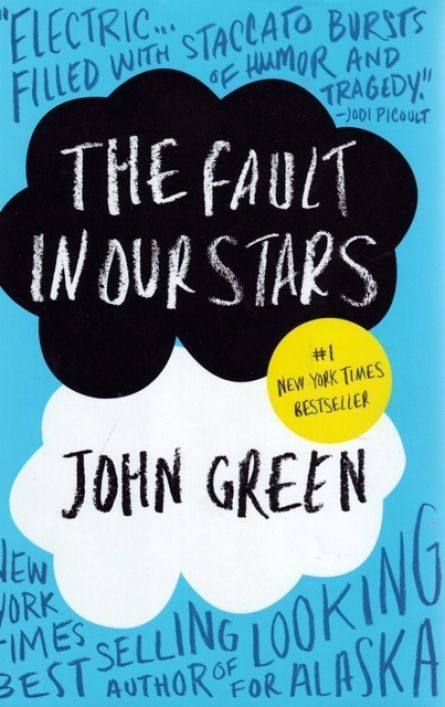 When you’re faced with self-injury scars everyday, memories flood back from the moments those marks were created. You remember the thoughts that were racing in your mind before your skin was etched and the emotions following the self-harm behaviors. After five years without a cut, I still look at the few visible self-harm scars I have and feel flashbacks of emotions. These emotions are too often regret, sadness and misunderstanding.

Are those self-injury scars the marks you want to leave behind you after you’re gone?

Your Self-Harm Scars Don’t Define You

The same goes for the battle against self-harm.

Leave a mark on the world that’s bigger, brighter and more memorable than the ones you’ve scarred into your skin. Give yourself the credit you deserve to move away from the negative marks and towards the ones that can change your life and the lives of others in positive ways.

Cancer is one hell of a disease and doesn’t give up without a deadly fight. Some win the battle and some don’t, but that doesn’t mean they weren’t fighting the whole way.

We want to win our battle with self-harm, no matter what it may be, or be remembered as someone who never stopped trying.

“That’s the thing about pain – it demands to be felt.” John Green sure knew what he was talking about when he wrote The Fault in Our Stars.

Tags: cancer John Green scars The Fault in Our Stars

Self-Harm and Moving Forward into Spring
Symbols and Signs That Can Help You Stop Your Self-Harm
Carrie
August, 9 2014 at 8:49 am

My cuts are healed and my scars are
starting to fade away. I don't want to
Be remembered for my scars but I feel like
I need my scars as testimony of what I've overcome.
I want to make more marks and scars that
Will last. I see other peoples scars and
(As crazy as it may sound) I feel like my scars
Aren't good enough. It's been about a year
Since I last cut or burned. But I don't want my scars to go away.
Of course sometimes I'm embarrassed by the scars
When someone asks, but they also remind me what I've overcome.

I love this post and I love the parallel you drew between cancer and self-harm scars. The Fault in Our Scars is an amazing book. :)