The Difference Between Enabling and Supporting a PTSD Survivor 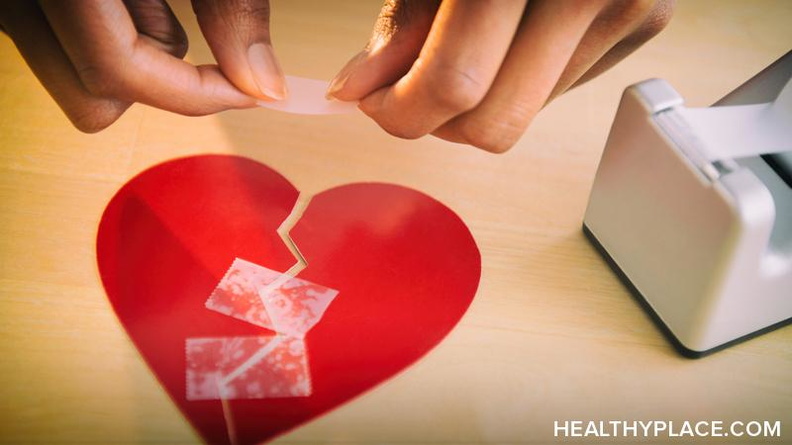 About five years ago, my friend Tuck married a woman with posttraumatic stress disorder (PTSD). Prior to the wedding Jane (not her real name) worked on her recovery just enough to stop her nightmares and flashbacks. With those big problems eliminated, Jane decided she didn’t want to continue with PTSD recovery work even though significant issues still remained. Tuck, wanting to respect Jane’s decision, didn’t press the matter. Instead, he set up a lifestyle that expected, accepted and supported Jane’s symptoms.

The Problem with Enabling PTSD 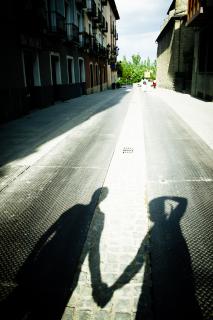 Tuck’s actions seem loving – and they are -- but there’s also a problem: By expecting, accepting and supporting Jane’s symptoms, Tuck has crafted a lifestyle that enables those symptoms (and hence, Jane’s continued PTSD behavior) rather than helping her move forward toward healing.

Today, with the addition of two children, Jane’s symptoms are more extreme, her behavior more erratic from the extra stress, and the dynamic of children is incredibly triggering for Jane whose PTSD stems from childhood experiences. The whole family – Tuck, Jane and the kids – are suffering through an anxiety-driven life. Jane allows her symptoms to dominate and Tuck runs himself ragged trying to plug the holes those symptoms create that affect both parents and children.

I’m often asked about enabling. From parents dealing with adult PTSD children to spouses and other family members the question, “How can I continue to support ____ without enabling?” comes up repeatedly. Whether you wonder if you’re enabling your own self or someone else, it’s an important question to ponder because the answer, and the actions it can lead you to, can dramatically change your life as well as the the life of others.

What Does Enabling PTSD Mean?

To enable means to give someone the “authority or means to do something.” For example, in accepting Jane’s decision that she doesn’t want to do any more recovery work, Tuck has given Jane the authority to remain at a level of PTSD dysfunction that disrupts the entire family and subjects the children to critically negative impact. While respecting a survivor’s recovery choices is important, the health of a family or relationship is equally important. A balance must be found between supporting and enabling.

It’s easy to fall into the enabling trap. Seeing someone in pain can naturally lead you to take actions to reduce that pain. Tuck hates to see the panicky look on Jane’s face when the idea of finishing her recovery is discussed. To avoid Jane’s tears and distress, Tuck opts for bundling the children into the car and taking them out of the house when Jane has a PTSD meltdown. Tuck does his best to shield the kids and also respect Jane’s desire to live with symptoms. In doing this, however, Tuck makes the mistake of many PTSD survivors and caregivers in setting a precedent for allowing PTSD to set the standard for the norm in life.

How to Stop PTSD Enabling

Engaging in enabling behaviors perpetuates and expands PTSD. It is possible, however, to both respect and support without enabling. I love the metaphor of the difference between sympathy and empathy as it can be applied to this situation:

Sympathy is when you and I are walking down the street and you fall into a deep hole in the ground; so deep, in fact, that you cannot climb back out. Frightened and powerless you ask me for help. Loving you as I do I immediately jump into the hole with you – only to discover that we’re now both trapped in the hole unable to climb out.

Empathy is when you and I are walking down the street and you fall into a deep hole in the ground; so deep, in fact, that you cannot climb back out. Frightened and powerless you ask me for help. Loving you as I do I immediately kneel down at the lip of the hole and extend you my hand, brainstorming with, coaching and supporting you as you figure out how to climb back up to the surface of the road.

Some significant ways to practice support instead of enabling are to:

When you enable a PTSD survivor you are making it easy for him or her deepen the belief that they are powerless. This illusion is the main problem in PTSD and a major obstacle in recovery. Instead, when you support a survivor you help him or her discover the truth: it is possible to reclaim, feel and act from a sense of being powerful.

Ultimately, the gift of power is the entire gift of a successful recovery. Along the way, it can be the gift that you give (whether to yourself as a survivor who decides to stop enabling your own behavior, or as a caregiver who chooses to empathize rather than sympathize) that can, in any unexpected moment, jumpstart some healing momentum that eventually brings an enormously positive change.

Michele is the author of Your Life After Trauma: Powerful Practices to Reclaim Your Identity. Connect with her on Google+, LinkedIn, Facebook, Twitter and her website HealMyPTSD.com.

APA Reference
Rosenthal, M. (2014, August 21). The Difference Between Enabling and Supporting a PTSD Survivor, HealthyPlace. Retrieved on 2022, January 26 from https://www.healthyplace.com/blogs/traumaptsdblog/2014/08/the-difference-between-enabling-and-supporting-a-ptsd-survivor

PTSD In The Body: The Physical Side of Symptoms
Taking A Break From PTSD Recovery
judy prince
August, 27 2014 at 1:54 pm

I have PTSD from birth and after many years of proactive therapy and meda, i now think i wiuld like to help otherscand stop stigma. I want to wean off of my meds and stop therapy, but still subscribe to web sites like yours. I am publishing my life story and sharing my path to remission. The main thing is want to continue staying informed with the latest breakthroughs. My life has been hard andi have lost all my children and grandchildren.I find happiness within and doing for others. What doesnt kill you makes you stronger. Im proud i survived Chronic PTSD. I am 71 yrs old.

Thank you for the article about enabling. I have questioned whether I am enabling or helping my daughter. Your suggestions will help both she and I in her recovery.

Hello I too have been worries I'm inabeling my daughter. I know I have been but there is not much help out there for the family's around the person. So this did help some but I read your message and wanted to reach out I don't know about you but I feel alone and lost.

Great information on enabling someone with PTSD. Very powerful. Enjoy your writing.