Healing from Childhood Traumas in Midlife

Sometimes PTSD is pretty cut and dry. There are obvious causes like combat, a plane wreck or car crash. Experiences like rape or witnessing death can also be causes that are well-known. What happens when you have the symptoms but cannot recall an event that may have triggered it? Our guest, Dan Hays, tells us on this episode of the HealthyPlace Mental Health TV Show. 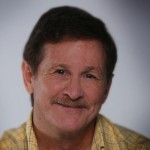 Dan experienced symptoms of PTSD for many years before being able to determine what was wrong, and it took even longer to recall the causes. He said he came across the description and symptoms of PTSD in a book and realized that it was describing him, but the process of determining what caused post-traumatic stress disorder for Dan was a journey. Dan was already working with a therapist, having grown up with an alcoholic father, and he was on the path to recovery. His path was longer than he expected and required more in depth self-searching along with being open to different therapy techniques, things he wasn't willing to try before. And that's when the real healing began.

Uncovering the Causes of PTSD

Dan tells about his journey and experiences in his book, "Freedom's Just Another Word" but he gives us a chance to learn more about it in his interview. As Dan worked to resolve his issues with anger he discovered that he had some repressed memories of violent episodes with his father. His father's death pushed Dan to dig deep and discover what had caused the emotional pain that was tormenting him. Through therapy and self-discovery he was able to recall a specific experience that contributed most to his development of PTSD.

Recovery from PTSD is a Process

We all wish there could be a quick fix to PTSD. Dan can tell you that treatment can be a long process at times, but he has learned a lot along the way. While he still deals with some aspects, he is living free from the rage that he once experienced. He is living alcohol free. He is consistently working to heal while sharing his experience with others and what he has learned.

You can learn more about Dan, his experience and his work at DanLHays.com.

Have you been diagnosed with PTSD? What has your healing journey been like? Did you know all along what caused it or were you like Dan and have memories that surfaced later? We invite you to call us and share your thoughts and experience with us at 1-888-883-8045. (Info about Sharing Your Mental Health Experience here.) You can also leave comments below.

Chronic Illness and Mental Health Connection
Labeling and Medicating Our Mentally Ill Children
Patricia - Spiritual Journey Of A Lightworker
July, 6 2011 at 10:03 am

Dan, you give others so much hope for their own healing from PTSD by the sharing of your story. Thank you. Posted on Facebook and Twitter to share with my friends and family, some of who don't even recognize that they may have PTSD too.