Should You Disclose Bipolar Disorder to Your Employer? 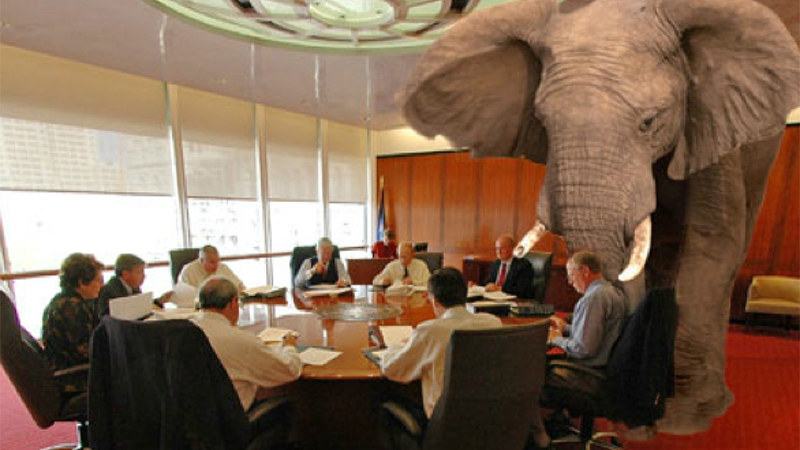 I was on the radio recently as a guest of Dr. Stan Frager on WGTK, and he asked about depression or bipolar disorder disclosure to an employer. Although many people think they are familiar with bipolar disorder these days due to the attention it has received in the media, by and large they have the wrong idea about it. Mental health stigma on the news and in the media show mental illness to be something it usually is not. So my answer to whether you should disclose bipolar disorder to your employer has to be... If you do not need to be accommodated while at work, I recommend don't disclose. When approaching supervisors try using the statement of “I work best when...” I believe its best not to give other people information they do not need.

Disclose Bipolar to Employer on a NTK Basis

As a contractor in the television business, I work different locations all the time with different crews of people. I may work with these people for two or three days and never to be seen again. I have one crew I regularly work with that does know my condition, but I have worked with them 4 or 5 times a year and have been teaming up for 20 years. These people deserve to know about my illness because they know and watch over me if a situation calls for it (thankfully it hasn't). One of the issues of disclosure is keeping your illness as secret may be more stressful than telling the truth and being able to ask for help when and if needed.

Disclose Bipolar to Your Employer at Your Own Risk

Someone once stated that “Both individually and as social being, we have have an irrepressible desire to judge before we understand.” Many people “know” about bipolar these days due to the antagonistic attention it has received in the media. Are you willing to stand up to anyone and let them know not everyone with bipolar disorder is dangerous? Violent behavior is nearly the same percentage of bipolar sufferers as is “normal” people.

There may be an elephant in the workplace, many people would prefer to ignore the problem or keep it a secret. You are not alone, you are not the only person with bipolar disorder. Bipolar and depression are chronic illnesses. It is something you have, it is not something you are. As in most illnesses, you can have it and still feel well -- but for how long? There may come a time when counseling, understanding and a trusted adviser at work may be the best thing for continuing at the workplace. It is a tough spot to disclose or not. Only you can determine if, to who and when disclosure occurs.

APA Reference
Zawistowski, P. (2011, February 9). Should You Disclose Bipolar Disorder to Your Employer?, HealthyPlace. Retrieved on 2023, February 2 from https://www.healthyplace.com/blogs/workandbipolarordepression/2011/02/disclose-or-not-disclose

Signs That You Live With the Fear of Failure
Procrastination and Business (Part 1)
mrinal
November, 27 2012 at 10:06 pm

I have had three occasions when I had to proffer explanations to my superior regarding my work related behaviour. The first two were during mania (for aggresive behaviour but not violent) and unfortunately that was before I was diagnosed with Bipolar disorder so the question of disclosing did not arise.
The third (most recent) was during low phase after diagnosis and related to an extended period of below average performance. The disclosure, to my mind, did not fetch me any special consideration.

I have bipolar and had worked at my full-time job for four years when I had to disclose because I ended up in the hospital and missed two weeks of work. When I got back to work and applied for short term sick leave I had to have a doctors note on letterhead. Thus forcing me to give some kind of explanation as my letterhead had the name of the hospital I was in. It turned out to be a good thing for the most part. I chose only to disclose to my immediate supervisor and it was a relief actually not to feel like I had to continue to "hide" it. And he was extremely understanding and kind.

I am glad you had a disclosure that worked out well. Anything that reduces the stigma of bipolar disorder or other types of metal illness (I prefer the term chronic illness) is a blessing to all who have the illness. The majority of the people I work with, know of my condition, and some watch my actions in case I need to tweak a behavorial change. Best of luck to you.

I appreciate your comments Dr Ferati, it amazes me that bipolar and other chronic mental illnesses are not treated by strangers with the same care and compassion that physical chronic illnesses have. As you stated, statistically speaking, bipolar & depressive personalities are not dangerous compared with the social norm. I do believe the more employment opportunities offered to the bipolar person, either full or part time, the more visible they will be and the less fearful coworkers and people on the street will be. Till that moment comes we are stuck in the disclose or not to condition. Thanks.

Mental disorders as well as affective disorders are still overloaded with burden of stigma and shameful. Against the fact that depression and bipolar disorders are psychotic disorder with benignant nature, in public dominates the prejudice that the same mentally sick person are dangerous and unforeseable to others. As we have learned from You article Mr Zawistowski, depression and bipolar affective illness individuals, statistically, aren't much rapist than mentally healthy population. As it is well-known, there is effective and safety psychiatric treatment for these tiring disease. Therefore, it shouldn't to be afraid to employ the depressive illness person, because the same may to do successfully ones duty. And such workers aren't distinguished from mentally health ones. It is only the damned matter of irrational dread from mentally sick people.So, it is worth to disclosure sometimes the depression/bipolar disorder, in purpose to lose the workplace unreasonable.