Giving Yourself The Mental Health Stamp Of Disapproval

When you live your entire life with mental illness your relationship with the particular nemesis tormenting you goes through a long, evolutionary arc. What do I mean by this? Let’s find out.

At first there is the glorious warm bath known as victim-hood, in which we indulge as long as possible until at last the water turns cold, grimy and inhospitable. At that moment we must look directly into the pitiless, unflinching eyes of reality’s rubber ducky. We fantasize about having ourselves dry-cleaned.

Our lament of how unfair this all is must finally be returned to our children, where it belongs. Fairness, as we have told them so many times, is not of this world. Stuff happens. Deal with it as best you can but please, no whining. 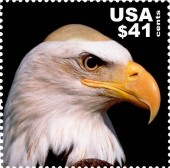 Then we move into the take charge, roll up the sleeves, hardhat, steel-tipped work boots, seriously eccentric psychiatrist, health-care insurance draining phrase we may think of as taking responsibility for our own well being.

This simple act, by the way, is certain evidence that you have a chance because, the sooner you take ownership of the illness and make solving it your problem the sooner your journey to health begins.

Next up is that most wondrous adventure we’ll call opening up the bat-cave of your mind and soul and marveling as monsters of the id tell you all you need to know about how you didn’t get to be the way you imagined you would and why you were driven down the litter strewn alleyways and cul-de-sacs of unconsciousness which inevitably caused you to be the way you be.

This period of unencumbered self-exploration leads inevitably to the man in the mirror phase where a disturbing realization rears its ugly head, the fact is, we are all responsible for our own dilemmas to one extent or another. Perhaps we put ourselves in situations that triggered episodes. Did we drink booze or after-shave lotion when we knew darn well it worsened out plight? What about drugs? Did we indulge even though we knew they would send us into spirals?

To paraphrase Pogo, we have met the enemy and he am us.

I used to work with a pleasant fellow named Chauncy Scintilla. Chauncy worked as an Administrative Assistant which is the name they gave to secretaries back then. To describe Chauncy as neurotic, obsessive, manic, paranoid, whacked, nursing resentments the way a bear nurses cubs, would be to use words to describe him.

One day Chauncy, whose desk was not ten feet from mine, scream in full voice, “Alistair, Alistair, Alistair. You MUST see this!” I heard him bolt from his desk and storm into my office. With passion and torment in fever pitch he thrust a tiny object in my face.

“LOOK WHAT THEY’VE DONE TO THE STAMPS!” he fumed, face red as a beet and in danger of exploding.

(Apparently he wasn’t aware there was a USPS design change in the works, and he took the switch very hard.)

We have no power over almost all the world, but we do have power over how we respond to it.

APA Reference
McHarg, A. (2012, October 18). Giving Yourself The Mental Health Stamp Of Disapproval, HealthyPlace. Retrieved on 2023, January 29 from https://www.healthyplace.com/blogs/funnyinthehead/2012/10/giving-yourself-the-mental-health-stamp-of-disapproval

Mental Illness Awareness Week - How You Can Help The Cause
Shrink-Rapping: When The Doctor Is Out, Way Out
je9je9
October, 19 2012 at 3:59 am

I really like what you have to say. I have just come out of an episode and was on the verge of feeling sorry for myself. This is the breath of fresh air I need to move on and up. Thanks.

Self-pity is unavoidable sometimes, but it's a city that doesn't merit a long visit. Best to move on as soon as possible. Cheers!

I really identify with your post, especially the part about opening up the bat-cave of your heart and soul. You're right the only control we have over events is our response, not always an easily learned lesson though. Things go a lot better when I remember that too!