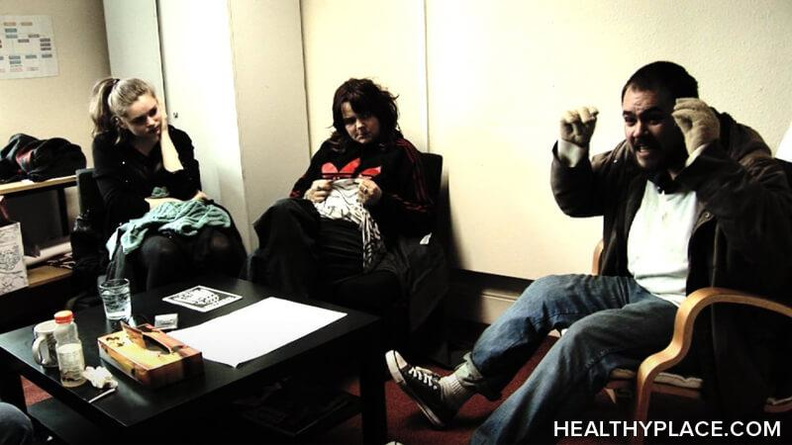 Despite what the movies and television shows depict, people with dissociative identity disorder are not violent or dangerous. In fact, people with DID are no more prone to violence than any non-DID person (Mental Illness and Violence: Shattering the Myths). Many with DID have experienced violence or abuse in some form that causes them to be more passive and non-aggressive. While there are people with dissociative identity disorder that can be violent, it is not the majority and is certainly not the norm.

Violent Alters in DID Exist, but Not How You Think

While every DID system is different, there are systems that do have alters that are violent or aggressive (Understanding Dissociative Identity Disorder Alters). However, in most of these instances, the violence and aggression are targeted to the inside. These alters can be abusive and aggressive towards other alters in the inside world and/or the core person, but rarely exhibit those behaviors towards anyone on the outside. 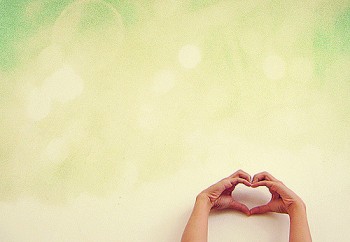 In the upcoming movie, Split, the main character abducts three teenage girls and holds them captive. It is revealed that he suffers from dissociative identity disorder and has 24 distinct personalities, many of which are depicted throughout the movie.

While movies like Split can be entertaining, it's important for people to remember that these movies are not accurate representations of what dissociative identity disorder really is. You don't have to fear someone just because he or she has DID. Your risk of being kidnapped or hurt does not go up when you know someone with DID. People with DID are not dangerous (4 Common Misconceptions about Dissociative Identity Disorder).

If you really want to know what DID is, you can read more about it in the Dissociative Living blog. You can check out a DID group online, or read one of the many autobiographies written by people with DID. You will quickly see that people with DID are not dangerous. They are not kidnappers, criminals, or murderers. They are human beings. They are people and their parts are people, too.

I Have Dissociative Identity Disorder; I Am Not Violent.

I have been fortunate enough, for the most part, to experience acceptance when I revealed my DID to the people close to me. People asked questions and offered support. No one assumed that I was dangerous. Unfortunately, I know other people who did not have the same experience. They lost connections with family, friends, and acquaintances because of the false belief that DID made them a danger.

There are people out there who believe that DID makes you violent and that it makes you a danger to society. I am here to say, I have dissociative identity disorder, but I am not dangerous. I never was, and I never will be.

I'm a 44 year old black man who suffered rape and molestation by several male and female family members and family friends as a child.
I have lived with DID for over 20 years and have always known something was wrong, but the recent diagnosis and truth of DID, more specifically 'Tertiary Structural Dissociation', is confusing and extremely hard to handle.
I've recently, in the last 2 years, designed a T-shirt, released a cd, spent tons of money on hunting equipment and weapons - though I've never hunted before, and most recently, been consumed with the idea of relocating to a rural area and starting a homestead. I've even had a phone interview already with a place in the area willing to help me relocate.
And then i get this diagnosis.
I've identified 4 alters so far - sometimes i can feel the switch, other times I'm caught of guard, but i never seem to be able to do anything but watch.
My family and my son's mother do not understand my struggle and see me as under achieving, lazy, irresponsible and reprehensible.
I feel the same.
Feb 1 marked only the second time in my life that I've remained on a job longer than a year and even with that, i can feel myself no longer interested in a job i was once so proud to have.
My violent alter scares me. Not because of any violence he's done but because of how loud, aggressive, foul-mouthed and intimidating he is - that's not me.....

Jodie have you seen a therapist? Do you know your diagnosis? DID is complex. It ranges from anxiety,depression, eating disorders, self harm to name a few. Mostly it is being misunderstood or chaos from not being diagnosed properly. I do hope you.find help.

I live with self harming, anxiety and depression. I can wake up and be completely on edge and not understand why. The post can't come through the door without me sharing. I have constant mood swings which depend on sleep - how long I have had to sleep or whether I have woken from a terrible nightmare. I have self harmed since I was in primary school and this has continued in to adulthood. My depression was primarily caused by losing two daughters to Hydrops. I can't take my 4 kids the park or school or even the shop without feeling watched or stared at. I feel so bad some days I don't deem good enough to be their mum. I try so hard to put on a smile but once they are in bed the tears come and the sweating and then the despair. I have wanted to write since I was a child and this is something I have lived and continue to do so. Any advice would be gratefully appreciated on how to make this all known. My anxiety mainly caused to social services. But that's another story for another day.

As an abused child i made contact with a lady who stated was also abused. At her request i helped her escape an abusive environment and marriage and close family. However very quickly she revealed she had a dark side and if i ever revealed my life would not be worth living . This threat hung over me for 3 yrs until 5th Feb 2015 when her 2yr old alter revealed she was in a relationship with a sadist and a review meeting was planned for 4pm . As client thought i might reveal she made an allegation of a serious sexual assault . 18 days later contacted again and then 5 months later on Facebook . In 2016 she was prostituting herself again calling a slave stating been into lifestyle 14 yrs. I FEEL ANGER that social services and police have not acted whilst i being an innocent party have suffered . Client craves and seeks abuse . She is very dangerous and a sexual predator who blackmailed me for a large amount of money with threats of rape if i revealed her lifestyle choice. Now she has destroyed my life. Should have left her on the street when homeless

Dear previous commenter, Robert Matthias,
That is... terrible. I do not know how else do describe it. I sincerely hope you are receiving help for all of the trauma this caused/is causing for you. I'm so sorry you had to go through that. However, this does not mean that everyone with DID is unsafe and dangerous. I understand you were horrifically abused by someone with it. I, myself, have DID, and yet me and my 14y old alter have no wish to harm anyone and are very worried for you, despite not knowing you.
Regards, Daniel and Alyssa

That is the first story I heard of a person with DID refer to having a dark side. Everyone has a dark side. That like everything else is subject to the individual. That is very sad and I am sorry for your experience.. I do not know for certain of course but sounds more of a different disorder.
I have DID and never have any desire to hurt, abuse or even make people feel bad because of knowing how being rejected, hurt, misunderstood and a whole slue of other things feel like. My personalities ranging from baby to an older adult have no desire to harm. If there is even any upset on.the inside its brought to the attention of the therapist or a trusted family member. They all know what each other does, feels, acts and to harm someone in any way is not even a thought. How sad though being targeted because you have DID and accused is another detrimental situation for us.strength comes in numbers, we are many
Please don't judge all by one.