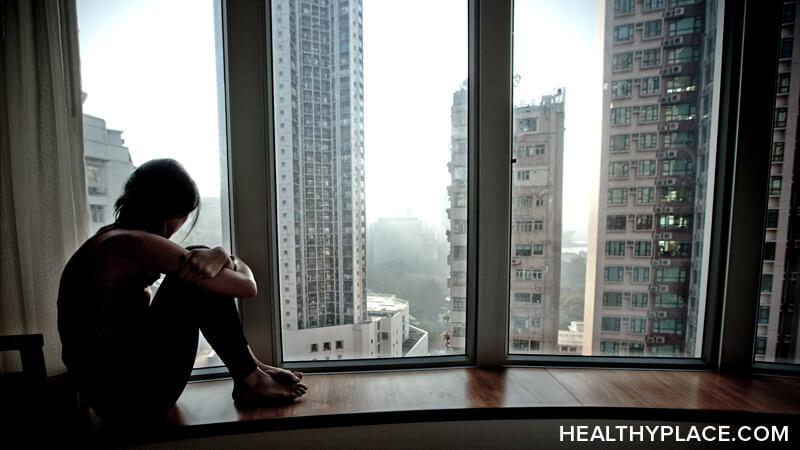 Borderline personality disorder (BPD) can be an isolating disorder. I have spent many years feeling separate from other people and like an outsider in social situations. These feelings started when I was a child and have continued into adulthood, although they have changed.

Feeling Like an Outsider as a Child with BPD

As a child, I struggled to connect with new people. I often felt paralyzed with anxiety and shyness around people of all ages. I had friends in school, but I had grown up with those people, so it became much more difficult when I moved to high school and had to create a new friend group from scratch. During this time, I was a very quiet person, and I didn't feel like I could offer anything of interest to conversations.

When I became a teenager, my mental illness symptoms started to kick into gear. I struggled a lot with chronic stress, anxiety, depression, and chronically low self-esteem. During this time, I cried a lot in public and frequently fought with my friends. I felt isolated emotionally from others because I felt like they didn't experience the same emotional situations.

As a teenager and young adult, I also struggled with desperately low self-worth and self-hatred. I believed myself to be a bad person and did not deserve love and happiness like the other people around me. At that time, I didn't know that I had BPD, and so I thought there was something evil living inside of me, infecting myself and others.

Throughout the first part of my life, I often felt like an outsider, separate from other people. I wanted to connect and feel close to others, but I always felt like there was something fundamentally wrong with me.

Feeling Like an Outsider as an Adult with BPD

When I received my BPD diagnosis as a young adult, it shed light on some of my feelings. I learned that other people with BPD often struggle with self-hatred and feeling like bad people, so I realized that I was no longer alone in this experience. However, I still felt like an outsider in many ways.

I often feel separate from other people because of the way I experience emotions. I can view my paralyzing anxiety, explosive anger, and shifting emotions from the outside and notice how most people respond to emotional stimulation in ways different from me. Although I now have more control over my emotional state, many other people seem more emotionally well-adjusted through my eyes.

I believe that the years of self-loathing and low self-esteem have also affected the way I connect with other people. Although I have more confidence and social skills now, I often feel like my input isn't worthwhile in a conversation. I stay quiet and listen because I worry that I have nothing valuable to offer. Because of this, I often feel like I am standing on the outside and watching other people interact around me.

I don't think it is just the BPD that makes me feel this way, but a combination of mental illness and the experiences that I have lived. I feel desperate to connect with others but sometimes without the skills or sense of self-worth to do so effectively.

In the video below, I discuss the strategies I have used to improve my social skills and feel like less of an outsider.

Do you feel like an outsider around other people? How do you cope? Let me know in the comments below.

My Experience with Dialectical Behavior Therapy (DBT)
The Role of Responsibility in Borderline PD Recovery
Lois
September, 6 2022 at 9:38 am

Hi
I’m 60 & usually have my social anxiety under control but today, at work, being tired, I went ‘under’ and fell prey to the whole lot - there I was, eternally the outsider, 99% invisible, not anything worth hearing, so I couldn’t speak, not ever ‘good enough’, no social skills whatsoever to enable joining in with others in a simple day at work in a little office. I cowered then internally raged in a corner whilst they all giggled, laughed, supported, encouraged each other - I hadn’t the soul to even TRY to join in, how could I anyway, they had all turned to face each other. So, like a dark putrid stench, I grew into my corner and angrily & miserably tried to work. They irritated me and I ‘hated’ them but oh how I longed to feel good enough, fun, laughing and bright enough to join in. Childhood neglect, emotional scarring & being always told I wasn’t quite good enough or I should “sssh! unless I had something worth listening to!” was my lot from 5 till 40 - my mother belligerently talked ‘for me’ and my Stepfather regularly told me I was a worthless stupid runt - so hey, here I am at 60, pitying myself as I crawl through life. It’s heartwarming to read this blog though and know it may not be all ‘my fault’. My personality is fragile, crooked and not so good on self worth, so I try to always focus on others & their worth- to detract from my shortcomings. Sometimes though, I long to be loved, understood and cherished as I do for others. It’s lonely looking in as an outsider isn’t it xx

i'm 55 - i think this is what is wrong with me. i've always known that i am -as a being- fundamentally made wrong. not quite human. although i have kids, they don't want my company. i have a brother who doesn't want to talk to me. 13 people in my graduating class but i don't get invited for reunions. i don't have cousins who want to spend time with me, no co-workers, no classmates, no beer drinking buddy. i am SO ALONE. alone in all my past and alone in my future until i can drop my flesh and get away from the other humans, mean and horrible. THERE IS NO FIX TO WHAT IS WRONG WITH ME. AND I HATE ME for craving human interaction. I have come to hate the other humans because EVERYONE REJECTS ME.
Life is nothing but suffering. i should not exist.

Hi Kim,
Thank you for reading and for taking the time to comment. I'm sorry to hear that you are feeling isolated and lonely from people around you and I understand that it can be difficult to experience. Below I have attached a link to a page we have on HealthyPlace. It has a variety of mental health resources, including hotlines, that can put you in touch with mental health professionals.
https://www.healthyplace.com/other-info/resources/mental-health-hotline-numbers-and-refer…
I hope you take care and I wish you the best.