A National men's health conference held in Alice Springs has heard programs to cut suicide rates among young gay people may be missing their mark.

John Howard from the Macquarie University in Sydney says research is showing that attempted and successful suicide rates are as high as 28 per cent of young men between 15 and 17 years.

Dr Howard says many of the attempted suicides occur before the teenagers become sexually active, and openly identify themselves as gay, so they are unlikely to use programs targetting gay men.

He reccommended strategies to stop homphobia and bullying. "Encourage your kids not to - [for] most kids in primary school, the worst insult they can give to each other is calling each other a fag."

next: Stories of Gay Teen Suicide
~ all gay is ok! articles
~ all articles on gender

Teen Hotlines
Suicide and Gay, Lesbian, Bisexual, and Transgender Youth
Stories about Paying the Price of Being Gay 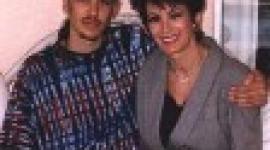 Stages of Coming Out After Accepting Your Sexuality

Report on Treatment of Newborns With Genital Abnormalities