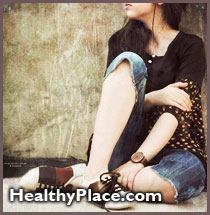 I apologise. I am very late with this entry and, as I write this, it is already April! I hope everyone had a good Easter! No, I haven't given up on my OCD Diary, and it's not because I've had better things to do and have neglected it.

The truth is that since Christmas, I haven't really known what to write! Until then, I had thought I could be strong enough. I had tried to be, even though inside I wasn't. I realise now I had just covered things up, hidden feelings and shyed away from them. I was so scared of feeling the pain and hurt too much; scared I wouldn't be able to handle those feelings and scared it would grind me to a halt.

My Dad has had nervous breakdowns in his life and I, too, broke down because of the OCD before. It is a very scary feeling to not be in control of things and to also feel alone.

I know I have a handful of people who care about me, which is more than some have, but you can be in a filled room and still feel alone and I do feel very alone sometimes.

Christmas was unbearably hard for me. I missed Phil sooo much and realised just how much I love him. It hit me like a ton of bricks, the void and space, the huge great hole he has left in my life.

Thank goodness I was with my Mum because she understood how I felt. The best way to describe it, I think, is to compare it to grief. I have lost someone I was closest to in the whole world, someone I married and believed I would be with forever, until we were old and grey. Suddenly that person was snatched away from me. I had no say in it. I was powerless to stop it from happening.

I tried to block the grief from this loss by constantly working on the computer, plodding on day after day, escaping into another world on the Web, and just hoping that I could be strong and get through it without cracking up! Christmas brought my loss to the fore though, and it hurt like no other pain I have ever felt. I hadn't handled things, I'd hid them!

The text messages I had over Christmas from Phil showed emotion at last and feeling for me too! A girlfriend told me she thought we really ought to meet up to talk and see what's there between us and I think she's right. The person I love and am married to hasn't died and it's not impossible that we could still have a future together. So maybe we need to explore that! Who knows?

Phil and I have spoken on the phone since Christmas and it was a really positive conversation. We even managed to laugh together a bit! He said awhile back that if any two people could get through all of this together we could and maybe that's right!

I'm sure his current arrangement isn't by any means perfect and I sense that a good part of him would like to give us a chance together. I wish he would. It's no more than we both deserve! He's aware that another person would get hurt in all of this so, of course, it would be difficult, but it's difficult for us as a pair too! We are married and have been for 10 years. We shouldn't throw that away if we don't need to and not even if it means someone else getting hurt along the way! Anyway I'm completely open to the idea and shall just wait and see how things go.

My OCD is the same really! Stable and pretty much in control. There are things that worry me and make me wash my hands an extra time, but that's it and so I can't really complain!

After years of being room-bound, I am now driving!! Tonight, I drove somewhere all by myself for the first time in years and it was really great! :0) I always knew that I COULD do it again but never really knew if I WOULD!

It's felt really spring-like here this weekend and it's nice to be able to get out in the fresh air and sunshine.

I will try to be more on schedule with my next Diary entry :0)

next: My Obsessively Clean Diary: April and May 2002
~ ocd library articles
~ all ocd related disorders articles

My Obsessively Clean Diary: April and May 2002 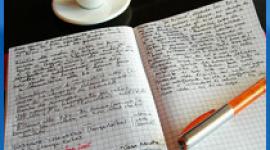