It is horrible to have OCD, but the disorder is made especially worse when it causes problems in a relationship. The normal partner is often put in an awkward position, trying to understand and often accommodate behaviors which are bizarre. From their perspective, many compromises and sacrifices are often made. This sometimes causes resentment and friction within the relationship.

On the other hand, the person with the Obsessive Compulsive Disorder desperately needs the help of someone that they can confide in and trust. They may feel helpless in knowing that the non-OCDer cannot truly understand how much the illness controls their actions.

An OCDer can feel betrayed when some "personal rule" is accidentally broken/ignored by their partner or when the disorder is used as the focal point of daily conflicts within the relationship. 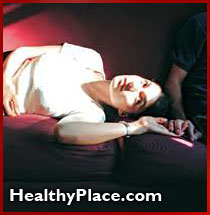 Very often the non-OCDer will be unsure of the best way to deal with things. It can be extremely upsetting to see a loved one trying to cope with the illness and being tormented by their obsessions.

The non-OCDer can feel as if they are placed in an impossible position. On the one hand, they might feel compelled to help their partner by accommodating their bizarre and irrational fears and rituals - whilst on the other hand they may be reluctant to do anything that might make the illness worse. This can push the theory known as "tough love" to it's limits.

After years of living with this illness, a tremendous amount of strain is put on the relationship. Both partners may have several feelings and emotions regarding the other.

The non-OCDer may well feel so absorbed in the bizarre world of their OCD partner that it feels like they share the disorder with them. Of course, there may also be feelings of resentment, especially if they have been restricted in their life and their enjoyment of certain things has been affected. They may well have been prevented from doing certain things or going to certain places due to their partner's fears.

The partner with the disorder needs the assistance, support and co-operation of the other, especially when dealing with the compulsions, but this may result in them feeling guilty for disrupting their loved one's lives in such a way.

Of course, families struggle under the pressure of OCD too. Some members of a family may not understand or tolerate the irrational behavior that the illness encourages. It is important to give family members as much information and education about the illness as possible, so that everyone within the family unit understands the seriousness of the illness, it's symptoms, and the amount of torment repeatedly being placed on the sufferer. The family should also find out the best way they can handle the illness without making it worse - both for the sufferer and for themselves!

There is no doubt that OCD does put a great deal of strain on any relationship, and there are many couples and families that do break up, with OCD being used as a real/imagined excuse. However, there are also many people who rise up to the challenges of OCD and become closer and better people despite it. It isn't easy coping with the symptoms of OCD or sharing the pain, embarrassment or hopelessness that it brings. It is hard being on either end of "Tough love."

The greatest feeling we can ALL have and share, though, is "love." It is the one thing that holds any relationship or family together, and in the end, it is this gift that will keep any relationship together. 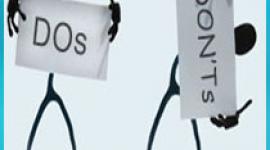 OCD and Depression, OCD and Anxiety, OCD and ADHD