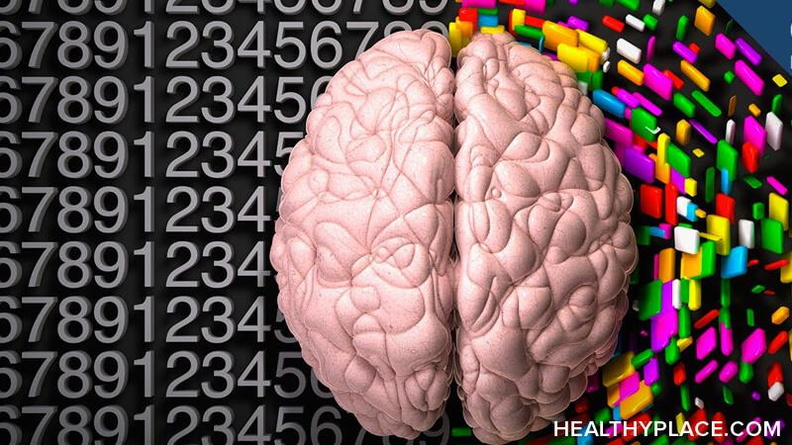 According to Freud and his followers, our psyche is a battlefield between instinctual urges and drives (the id), the constraints imposed by reality on the gratification of these impulses (the ego), and the norms of society (the superego). This constant infighting generates what Freud called "neurotic anxiety" (fear of losing control) and "moral anxiety" (guilt and shame).

But these are not the only types of anxiety. "Reality anxiety" is the fear of genuine threats and it combines with the other two to yield a morbid and surrealistic inner landscape.

These multiple, recurrent, "mini-panics" are potentially intolerable, overwhelming, and destructive. Hence the need to defend against them. There are dozens of defense mechanisms. The most common among them:

When an inner conflict (most often, frustration) translates into aggression. It involves acting with little or no insight or reflection and in order to attract attention and disrupt other people's cozy lives.

Perhaps the most primitive and best-known defense mechanism. People simply ignore unpleasant facts, they filter out data and content that contravene their self-image, prejudices, and preconceived notions of others and of the world.

Attributing negative or inferior traits or qualifiers to self or others. This is done in order to punish the person devalued and to mitigate his or her impact on and importance to the devaluer. When the self is devalued, it is a self-defeating and self-destructive act.

When we cannot confront the real sources of our frustration, pain, and envy, we tend to pick a fight with someone weaker or irrelevant and, thus, less menacing. Children often do it because they perceive conflicts with parents and caregivers as life-threatening. Instead, they go out and torment the cat or bully someone at school or lash out at their siblings.

Our mental existence is continuous. We maintain a seamless flow of memories, consciousness, perception, and representation of both inner and external worlds. When we face horrors and unbearable truths, we sometimes "disengage". We lose track of space, time, and the continuum of our identity. We become "someone else" with minimal awareness of our surroundings, of incoming information, and of circumstances. In extreme cases, some people develop a permanently rent personality and this is known as "Dissociative Identity Disorder (DID)".

Everyone fantasizes now and then. It helps to fend off the dreariness and drabness of everyday life and to plan for an uncertain future. But when fantasy becomes a central feature of grappling with conflict, it is pathological. Seeking gratification - the satisfaction of drives or desires - mainly by fantasizing is an unhealthy defense. Narcissists, for instance, often indulge in grandiose fantasies which are incommensurate with their accomplishments and abilities. Such fantasy life retards personal growth and development because it substitutes for true coping.

Another defense mechanism in the arsenal of the narcissist (and, to a lesser degree, the Borderline and Histrionic) is the attribution of positive, glowing, and superior traits to self and (more commonly) to others. Again, what differentiates the healthy from the pathological is the reality test. Imputing positive characteristics to self or others is good, but only if the attributed qualities are real and grounded in a firm grasp of what's true and what's not.

Cognition (thoughts, concepts, ideas) is never divorced from emotion. Conflict can be avoided by separating the cognitive content (for instance, a disturbing or depressing idea) from its emotional correlate. The subject is fully aware of the facts or of the intellectual dimensions of a problematic situation but feels numb. Casting away threatening and discomfiting feelings is a potent way of coping with conflict in the short-term. It is only when it becomes habitual that it rendered self-defeating

When one has a pervading sense and image of oneself as incredibly powerful, superior, irresistible, intelligent, or influential. This is not an adopted affectation but an ingrained, ineradicable inner conviction which borders on magical thinking. It is intended to fend off expected hurt in having to acknowledge one's shortcomings, inadequacies, or limitations.

We all have an image of how we "should be". Freud called it the "Ego Ideal". But sometimes we experience emotions and drives or have personal qualities which don't sit well with this idealized construct. Projection is when we attribute to others these unacceptable, discomfiting, and ill-fitting feelings and traits that we possess. This way we disown these discordant features and secure the right to criticize and chastise others for having or displaying them. When entire collectives (nations, groups, organizations, firms) project, Freud calls it the Narcissism of Small Differences.

Projection is unconscious. People are rarely aware that they are projecting onto others their own ego-dystonic and unpleasant characteristics and feelings. But, sometimes, the projected content is retained in the subject's awareness. This creates a conflict. On the one hand, the patient cannot admit that the emotions, traits, reactions, and behaviors that he so condemns in others are really his. On the other hand, he can't help but be self-aware. He fails to erase from his consciousness the painful realization that he is merely projecting.

So, instead of denying it, the subject explains unpleasant emotions and unacceptable conduct as reactions to the recipient's behavior. "She made me do it!" is the battle cry of projective identification.

We all have expectations regarding the world and its denizens. Some people expect to be loved and appreciated - others to be feared and abused. The latter behave obnoxiously and thus force their nearest and dearest to hate, fear, and "abuse" them. Thus vindicated, their expectations fulfilled, they calm down. The world is rendered once more familiar by making other people behave the way they expect them to. "I knew you would cheat on me! It was clear I couldn't trust you!".

To cast one's behavior after the fact in a favorable light. To justify and explain one's behavior or, more often, misconduct by resorting to "irrational, logical, socially-acceptable" explications and excuses. Rationalization is also used to re-establish ego-syntony (inner peace and self-acceptance).

Though not strictly a defense mechanism, cognitive dissonance may be considered a variant of rationalization. It involves the devaluation of things and people very much desired but frustratingly out of one's reach and control. In a famous fable, a fox, unable to snag the luscious grapes he covets, says: "these grapes are probably sour anyhow!". This is an example of cognitive dissonance in action.

Adopting a position and mode of conduct that defies personally unacceptable thoughts or impulses by expressing diametrically opposed sentiments and convictions. Example: a latent (closet) homosexual finds his sexual preference deplorable and acutely shameful (ego-dystonic). He resorts to homophobia. He public berates, taunts, and baits homosexuals. Additionally, he may flaunt his heterosexuality by emphasizing his sexual prowess, or by prowling singles bars for easy pick-ups and conquests. This way he contains and avoids his unwelcome homosexuality.

The removal of forbidden thoughts and wishes from the consciousness. The removed content does not vanish and it remains as potent as ever, fermenting in one's unconscious. It is liable to create inner conflicts and anxiety and provoke other defense mechanisms to cope with these.

This is a "primitive" defense mechanism. In other words, it begins to operate in very early infancy. It involves the inability to integrate contradictory qualities of the same object into a coherent picture. Mother has good qualities and bad, sometimes she is attentive and caring and sometimes distracted and cold. The baby is unable to grasp the complexities of her personality. Instead, the infant invents two constructs (entities), "Bad Mother" and "Good Mother". It relegates everything likable about mother to the "Good Mother" and contrasts it with "Bad Mother", the repository of everything it dislikes about her.

This means that whenever mother acts nicely, the baby relates to the idealized "Good Mother" and whenever mother fails the test, the baby devalues her by interacting, in its mind, with "Bad Mother". These cycles of idealization followed by devaluation are common in some personality disorders, notably the Narcissistic and Borderline.

Splitting can also apply to one's self. Patients with personality disorders often idealize themselves fantastically and grandiosely, only to harshly devalue, hate, and even harm themselves when they fail or are otherwise frustrated.

Read more about idealization followed by devaluation - click on the links:

The conversion and channelling of unacceptable emotions into socially-condoned behavior. Freud described how sexual desires and urges are transformed into creative pursuits or politics.

Trying to rid oneself of gnawing feelings of guilt by compensating the injured party either symbolically or actually.

next:   Codependence and the Dependent Personality Disorder