In-depth look at psychosis and the different types of hallucinatons and delusions as they apply to personality disorders.

Psychosis is chaotic thinking that is the result of a severely impaired reality test ( the patient cannot tell inner fantasy from outside reality). Some psychotic states are short-lived and transient (microepisodes). These last from a few hours to a few days and are sometimes reactions to stress. Psychotic microepisodes are common in certain personality disorders, most notably the Borderline and Schizotypal. Persistent psychoses are a fixture of the patient's mental life and manifest for months or years.

Psychotics are fully aware of events and people "out there". They cannot, however separate data and experiences originating in the outside world from information generated by internal mental processes. They confuse the external universe with their inner emotions, cognitions, preconceptions, fears, expectations, and representations.

Similarly, patients suffering from Narcissistic Personality Disorder and, to a lesser extent, Antisocial and Histrionic Personality Disorders fail to grasp others as full-fledged entities. They regard even their nearest and dearest as cardboard cut-outs, two-dimensional representations (introjects), or symbols. They treat them as instruments of gratification, functional automata, or extensions of themselves.

Consequently, both psychotics and the personality disordered have a distorted view of reality and are not rational. No amount of objective evidence can cause them to doubt or reject their hypotheses and convictions. Full-fledged psychosis involves complex and ever more bizarre delusions and the unwillingness to confront and consider contrary data and information (preoccupation with the subjective rather than the objective). Thought becomes utterly disorganized and fantastic.

There is a thin line separating nonpsychotic from psychotic perception and ideation. On this spectrum we also find the Schizotypal and the Paranoid Personality Disorders.

The DSM-IV-TR defines psychosis as "restricted to delusions or prominent hallucinations, with the hallucinations occurring in the absence of insight into their pathological nature".

What are delusions and hallucinations

A delusion is "a false belief based on incorrect inference about external reality that is firmly sustained despite what almost everyone else believes and despite what constitutes incontrovertible and obvious proof or evidence to the contrary".

A hallucination is a "sensory perception that has the compelling sense of reality of a true perception but that occurs without external stimulation of the relevant sensory organ".

Delusion is, therefore, a belief, idea, or conviction firmly held despite abundant information to the contrary. The partial or complete loss of reality test is the first indication of a psychotic state or episode. Beliefs, ideas, or convictions shared by other people, members of the same collective, are not, strictly speaking, delusions, although they may be hallmarks of shared psychosis. There are many types of delusions:

The belief that one is being controlled or persecuted by stealth powers and conspiracies. This is common in the Paranoid, Antisocial, Narcissistic, Borderline, Avoidant, and Dependent Personality Disorders.

The conviction that one is important, omnipotent, possessed of occult powers, or a historic figure. Narcissists invariably harbor such delusions.

The belief that external, objective events carry hidden or coded messages or that one is the subject of discussion, derision, or opprobrium, even by total strangers. This is common in the Avoidant, Schizoid, Schizotypal, Narcissistic, and Borderline Personality Disorders.

Hallucinations are false perceptions based on false sensa (sensory input) not triggered by any external event or entity. The patient is usually not psychotic - he is aware that he what he sees, smells, feels, or hears is not there. Still, some psychotic states are accompanied by hallucinations (e.g., formication - the feeling that bugs are crawling over or under one's skin).

There are a few classes of hallucinations:

Auditory - The false perception of voices and sounds (such as buzzing, humming, radio transmissions, whispering, motor noises, and so on).

Gustatory - The false perception of tastes

Somatic - The false perception of processes and events that are happening inside the body or to the body (e.g., piercing objects, electricity running through one's extremities). Usually supported by an appropriate and relevant delusional content.

Tactile - The false sensation of being touched, or crawled upon or that events and processes are taking place under one's skin. Usually supported by an appropriate and relevant delusional content.

Visual - The false perception of objects, people, or events in broad daylight or in an illuminated environment with eyes wide open.

Hypnagogic and Hypnopompic - Images and trains of events experienced while falling asleep or when waking up. Not hallucinations in the strict sense of the word.

next: Victim reaction to Abuse by Narcissists and Psychopaths

The Narcissist's Object Constancy
On the Incest Taboo: The Offspring of Aeolus
The Professions of the Narcissist 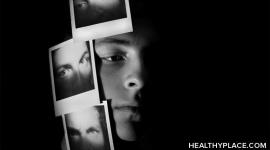 Coping with The Psychopath (Antisocial) Stalker

Interacting with Your Abuser

The Path to Abuse

How to Cope with a Narcissist

The Objects of the Narcissist