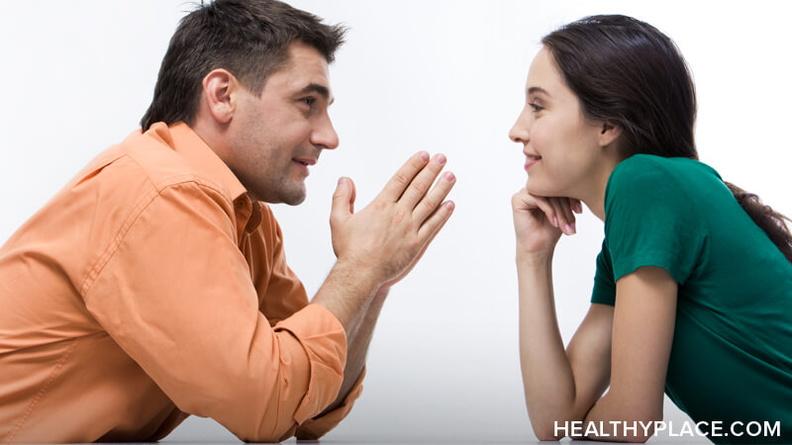 The word "open" is used a lot. Many of us first heard it when we were very small and someone was hovering over us with a spoonful of strained food in their hand and urging us to open up wider. Over the years, you've probably heard others say "open up." Open your heart, open your mind. It's used in many, many ways.

Most people would like to be more open than they are right now. We know it feels good to share with others. It's really a nice feeling to get things off our chest, to get them out in the open. We sometimes use our friends and families for this purpose. If feels good to talk to somebody about things we're concerned about. It's good to be able to trust somebody.

The Meaning of "Opening Up"

What do we really mean by becoming open? Trying to talk about yourself in such a way that something of the inner person, that is you, is communicated to others might be one way of being open or at least thinking about being open. That inner person is a complex person who has a variety of thoughts and feelings. So, wanting to share with other people these inner feelings and these inner thoughts is one way of becoming open.

Being open is a kind of invitation to others. What you share about yourself should encourage others to come in, so to speak, and make contact with you. To involve themselves with you. Being open is difficult. It makes us feel vulnerable, psychologically naked and usually anxious. But it also is important in terms of really letting others get to understand how we think, how we feel and what we believe.

Being Open with Others Isn't Easy

We often hide our inner thoughts and feelings because we're concerned if they'll be accepted by other people. But we also shut out other people from knowing and accepting us by not being open. By not being open with others, we're really saying we don't fully accept ourselves. We're denying ourselves that chance to speak out, to declare our inner thoughts and feelings.

It's up to you to decide just how you're going to talk about yourself and what you're going to say. Telling somebody where you bought that new pair of shoes might be one way of being open. However, it might be more meaningful to share why clothes are important to you. What is it about those pair of shoes that is important to you? Another example might be to say that work or your relationship is terrible, it's horrendous. However, it's more important to share why you're saying that about work or your relationship. That puts the conversation on a little deeper level.

There are risks attached to sharing that information. Most important is an immediate here-and-now honesty that goes along with being open. For instance, sometimes when a person resents someone, they still smile and pretend they're happy. It would be more honest and open to share resentment openly with the person and that way the situation and your feelings can be changed. On the other hand, you have to be prepared for the other person's reaction. And when you are open and honest about negative feelings, it also makes you responsible for suggesting alternatives to change those feelings.

You have the power to change things by being open and sharing things. Keep in mind also that being completely open with everyone in every situation may be very inappropriate. You may want to be more open with your spouse or close friends, but not with your boss or people you don't know as well. You may choose not to be open with people you don't fully trust because to be open is to share vulnerable information about yourself. And if you don't fully trust how someone else will use that information about you, you may choose not to share it. Also, some people may be very uncomfortable with too much openness and you may not want to be as open with them.

Openness is making your outer world as similar to your inner world as possible. When you're feeling jealous, happy, anxious or sad why not share with other people what you're really feeling. We call this being congruent. That is letting what shows, your expression, frown, words represent what you actually feel and think. That takes hard work and a lot of honesty. (Again a reminder of caution about being open and sometimes being too open. In the name of being open we say everything we feel or think to others, but fail to be sensitive to others feelings about our openness. We may make them feel very uncomfortable or say something that hurts them. Being open also carries a responsibility with it and that is to be aware of others reactions to us and to respect their reactions. This may mean not disclosing everything with some people out of respect for their feelings.

Being Open is a Two-Way Street

Becoming open also means becoming open to what others are saying and sharing about themselves. Learning to be a good listener. An example is someone talking about doing badly on a test. Try to be open to what that person is sharing about their feelings. Be sensitive to their feelings. Understand its importance to them and their trusting you with this feeling or thought. Trust will be very important for you also in what you're willing to be open about. By building mutual trust, you and your listener will share a great deal more. So be sensitive to others and try to be open and receptive to what they're sharing with you. By being sensitive to others, you'll avoid making three common errors.

Here are 5 ways for you to be more open. 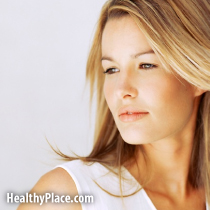 Keep in mind that some ways of being open are more appropriate and helpful than others. For instance, when you're angry, there's a difference between throwing a book across the room and talking out your feelings. Both are certainly ways of being open about anger. However, if other people are with you, talking to them about your anger is probably easier for them than ducking from a book you just threw towards them.

Finally, the extent to which others are open with you will depend on how open you are with them. Many people discover that as a relationship develops, openness is reciprocated and the relationship becomes more meaningful. When we stay open to learning, new experiences open up for us. Perhaps the same can happen to you.

APA Reference
Staff, H. (2021, December 22). How to Open Up and Reveal Yourself to Others, HealthyPlace. Retrieved on 2023, February 3 from https://www.healthyplace.com/relationships/healthy-relationships/how-to-open-up-and-reveal-yourself-to-others 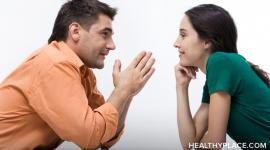 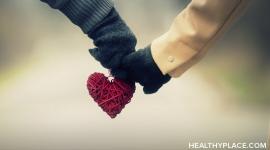 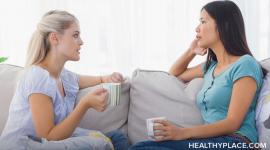 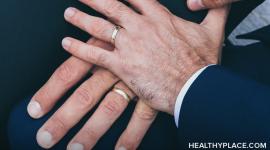 How to Develop Intimate Relationships