Assault on women, in the form of sexual violence, is an epidemic in the United States, according to a government study conducted in 2010. The study, called The National Intimate Partner and Sexual Violence Survey, found that almost one in every five women reported that they had been raped or had been victims of attempted rape at some point in their lives. The effect of sexual assault can persist for decades.

Most women sexual assault victims suffer from some form of debilitating mental and emotional aftershocks, these often subside. Once these dissipate, the victims often feel like they've gotten past the worst part of the aftermath and try to carry on with their lives as usual. The longer lasting effects of sexual assault then begin to manifest a little at a time; unless the victims seek ongoing help from sexual assault counseling groups and mental health professionals who specialize in helping victims overcome any potential long-term effect of sexual assault. 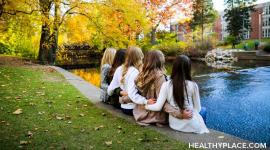