From: Investigations; Institute of Noetic Sciences 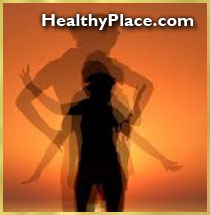 The waking rational self is usually quite sure that we are one mind in one body. The self that dreams knows another world, but assumes it belongs in the realm of imagination and fantasy. But can waking minds be divided up in such a way that several streams of life that are quite separate from one another can exist concurrently in one human being? if so, then does the old saying: "The left hand doesn't know what the right hand is doing" become a kind of reality? Is there more to tales like Dr. Jekyll and Mr. Hyde than we ever thought? Well, in some senses, we experienced a "first wave" resurgence of this idea in the 1970's when the studies of splitbrain patients hit both the science journals and eventually the popular press with all the force of a new myth in the culture. Yes, there were clearly some important findings in the area, but they all too rapidly became used as metaphors for all manner of unrelated claims. We may now be about to experience a "second wave" of data on the subject with the recent resurgence of interest and research into the phenomena of Multiple Personality.

One of the interesting aspects of controversies in contemporary science and the study of the mind is the way in which ideas move from center-stage to the periphery during one period, only later to be returned to the center of attention. Sometimes this happens because a phenomenon is simply too complex to be addressed until the methods of science have evolved to deal properly with it. On other occasions it occurs because the strategies of its proponents are not soundly formulated. Or it can occur because science-at-large finds an idea simply too strange or preposterous to deal with. It seems that the scientific fate of the concept of Multiple Personality has been a cross between the latter two of these. As we shall see in the historical sections of this report, Multiple Personality was topic of great fascination at the end of the last century, and up into the early 1900's attempts were being made to explain it in terms of the proposed capacity of the mind to dissociate. These ideas were proposed by the First Dynamic School of Psychiatry, now an almost forgotten school of thought from the turn of the century. But, one might ask; why was it forgotten and why did the subject virtually fade from view? As Dr. John Kihlstrom of the University of Wisconsin recently wrote:

The eventual dominance of psychoanalysis in clinical psychology and scientific personality led investigators to be interested in different syndromes and phenomena, a different model of the mind, and the eventual replacement of dissociation by repression as the hypothetical mechanism for rendering mental contents unconscious. At the same time, the behaviorist revolution in academic psychology removed consciousness (not to mention the unconscious) from the vocabulary of science. At fault were the dissociation theorists themselves, who often made extravagant claims for the centrality of the phenomenon (of dissociation) and whose investigations were often methodologically flawed.

Today, we seem to be witnessing a return to center stage of a number of previously discarded concepts that all seem to connect with each other in curious ways. One might say that one part of the stage was set by the split-brain data, which once again opened up the concept of the divided mind. Then the rise of Cognitive Science in the 1970's also helped to place a concern with mental processes and consciousness back in the center of things. Also during the 1970's, the data on and respectability of hypnosis research grew and led to greater attention being placed on the concept of dissociation, which is at the core of hypnotic phenomena, once again.

In this issue of Investigations, we will present an overview of the contemporary scene regarding the topic of Multiple Personality. There are several events which have occurred of late to cause a growing number of professionals to re-evaluate their point of view on the topic. More frequent diagnosis of the phenomenon is but one aspect of this sudden increase in interest. Another aspect involves the growing body of research data showing that multiples display unusual degrees of variation in physiological, neurological and immune system variables when the switch. Further the amount of professional attention being devoted to the subject in recent years has grown enormously. In May of 1984, the American Psychiatric Association at its Annual Meeting in Los Angeles devoted an unusually large proportion of its program to the topic: 2 whole days of a pre-conference workshop and 2 major symposia at the convention itself. Then in September of 1984, the First International Conference on Multiple Personality Dissociative States was held in Chicago. The meeting was organized by Dr. Bennett Braun of Rush-Presbyterian-St. Luke's hospital, which co-sponsored the event. The Institute of noetic Sciences provided partial financial backing for the event and for next year's proposed Second International Conference. Further, several established medical and psychiatric journals devoted entire issues to the recent research. To produce this issue, Investigations attended these meetings, researched all the recent journals and interviewed in person between 20 and 30 of the leading figures in the field. What follows, therefore, should provide the reader with a comprehensive update - including data from the early history of the field right up to the present.

The social implications of this sudden surge in interest are quite complex since it seems definitely connected to the recent awareness in the culture of the phenomena of child abuse and incest. The emergence in the media of more and more reports on the incidence of child abuse and incest in the U.S. has reached a degree that almost daily provides yet another set of shocking headlines. Perhaps it is this latter phenomenon that alerted the therapeutic professions because now not one but two phenomena previously seen as rare seem to be seen in unheard-of-numbers all over the U.S.: Child Abuse and Multiple Personality.

As we now know, the two are intimately connected with one another. Virtually everyone who is diagnosed as being multiple has been severely physically and sexually abuse - though not everyone who is abused becomes multiple. But, one might well ask, why are these phenomena being seen with such frequency today? There is clearly a darker side to our culture that we would rather not look at. Unfortunately, the dual phenomenon of abuse and multiplicity leave us with no other choice. The almost daily onslaught of statistics from the courts and the media now leave little doubt that battered children and battered wives are all too common. What is at the root of all this obscene inhumanity? Is there some deeper process at work in the culture that we refuse to face? What aspects of the human psyche have run amok in this supposedly rational and civilized culture? People stretch for answers to these questions and the queues run the gamut from alcoholism to possession and various sicknesses in between. As the story unfolds within these pages, these questions will occur to the reader again and again. There are no easy answers to any of these questions, but it may well be that a deeper understanding of what the phenomenon of Dissociation is, how it works and what can drive it can throw some light on these troubling questions. Perhaps then we won't have to remain at the mercy of the pathologies of dissociation involved not only in abuse and multiplicity, but also in other forms of extreme inhuman behavior, and can learn instead to tap into the productive and positive uses of this part of our minds.

On another level, the legal and criminal justice implications of the data are only beginning to emerge. It is only in recent years that the insanity plea has begun to include multiple personality in a limited number of cases. Two of the most controversial cases recently both involved male multiples, Billy Milligan and Kenneth Bianchi. In both cases there was extensive dispute regarding the genuineness of their multiplicity. In the Bianchi case, the eventual legal opinion was that Bianchi was a fake. However, a larger number of professionals familiar with aspects of the case feel that Bianchi was both a multiple and capable of faking, too. Several of those interviewed for this report suggested that multiples are more likely to end up, undiagnosed, in the criminal justice system, Female multiples, which make up the great majority of presently known cases, are much less likely to end up in the criminal system. These kinds of issues are only beginning to be appreciated and only time will tell the extent to which the legal and criminal justice aspects of the disorder will affect the system as a whole.

It would seem that the scientific implications of the phenomenon will be very much a factor of just how the subject is handled methodologically by scientists and how it is reported by both science journalists and the popular press. If handled in a way that emphasizes the sensational and paradigm-challenging aspects of the phenomenon, then the chances are that major opportunity for an advance in our understanding of the mind and the Mind-Body Problem will be lost. If, on the other hand, the topic is approached with extreme rigor and caution, as well as respect for the subjects themselves, then the benefits could be enormous in terms of our whole understanding of not only how mind and body are in fact linked, but also in terms of psychosomatic medicine as a whole. The subsequent spill-over into issues involving education, therapy for all kinds of trauma and the social and criminal realms could be significant. If this could happen, then not only would we all benefit, but the pain and suffering endured by multiples would at least have been turned into something positive in the world, and help to prevent others from having to endure such a fate. Let us hope that this time around such a rich opportunity will not be lost! - Brendan O'Regan

next:   Reading Room The People Inside 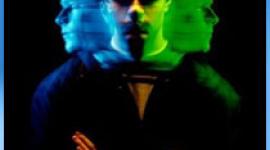 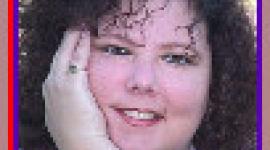