That shouldn't be a tough question, should it? I could reply with the name "we" ALWAYS use in public - BJ.

That's it, I'm BJ. I am a 39 year-old wife, mother of 3 and grandmother of 1. I am also Chipper, a full-time college student (again), a part-time internet design technician, an EMT, a health and safety instructor and other things. And then, I am Kate, an artist. Celeine, a writer, and the list goes on.

I can remember a single incident at the age of 12 when I clearly saw the formation of one of the other "me's". I was laying in my small bed, in my tiny closet-sized bedroom. I was enduring yet another middle-of-the-night visit from someone who terrorized me for all my childhood and much of the rest of my life. I was praying for him to finish and leave.

Suddenly, my wish was answered. I was outside the window. I felt no pain, no weight, no fear. I was disembodied, outside, looking back through. Seeing my body on the bed, as if it wasn't me. I felt sadness for the little girl on the bed, but I felt removed from me. It became a skill I honed and perfected for many years to come.

I have since learned that night was not the first, nor would it be the last time that I broke away from the child that suffered. I also discovered there were "multiple children" within me that suffered various pieces of the abuses that overwhelmed me. 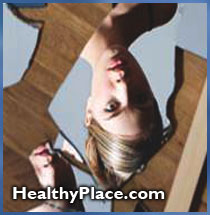 "Victims of multiple personality disorder (MPD) are persons who perceive themselves, or who are perceived by others, as having two or more distinct and complex personalities. The person's behavior is determined by the personality that is dominant at a given time."

That definition describes me. Unfortunately, however, the fact that my behavior might have been determined by various, distinctly different, personalities was only clear to others...Not to me.

"Multiple personality disorder is not always incapacitating. Some MPD victims maintain responsible positions, complete graduate degrees, and are successful spouses and parents prior to diagnosis and while in treatment."

I was the picture of success, responsibility and over achievement. I was also the picture of denial and someone running fast and furious from facing the pain, confusion and internal conflict brought about by a childhood of mistreatment, conditioning and escaping by breaking off and compartmentalizing ME.`

For me though, what started in childhood as a creative, imaginative mechanism of survival, turned into dysfunctionality in adulthood. The ability to compartmentalize and ignore the pain, and the parts of me that carried the pain, broke down. Functioning "normally" became an exercise in futility.

Life became a series of crisis's, hospitalizations, self- destructiveness, suicide attempts, a lost career and a life of utter chaos.

In 1990, I entered treatment. I did the merry-go-round of misdiagnosis for a long time; until 1995, when I was officially diagnosed with MPD/DID and entered an even more difficult phase of self-exploration and healing.

During my treatment I came to the internet searching for support and information. While finding some great things in the way of resources, I also found that some of my needs didn't fit into any of the existing support outlets. I decided to create my own support system.

What began as purely a selfish venture, to find a bit of peer support from people struggling with the same issues, grew into something that became so much bigger than me. WeRMany was officially born on September 3, 1997 and has grown in the last 2 years to a peer group support organization providing real time chat support 24 hours a day, extensive online resources, message forums, an email support group and outlets for people dealing with MPD to share creative writing and drawing.

I hope you find your visit to our site helpful, supportive, and healing. For those who have experienced life's misadventures, I want you to know your life can be better with the proper treatment, support, and friends.

As it says on our homepage: Welcome to WeRMany. 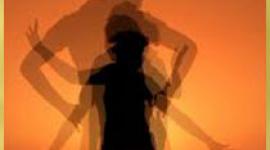 Multiple Personality: Mirrors of a New Model of Mind?
Tips for Managing Triggers When *YOU* Choose to Process
Articles on Dissociative Identity Disorder (DID) 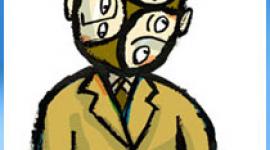 Aspects of the Treatment of Multiple Personality Disorder