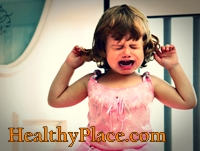 All young children can be difficult, and many go through "terrible twos" (and threes) where tantrums are a frequent part of daily living. But children who have ADHD (Attention Deficit Hyperactivity Disorder) have more frequent and aggressive tantrums which after a hard day with them, can make you feel you have done ten rounds with the world heavyweight boxing champion!

We all know that most ordinary children have tantrums, and fits of rage are as common in girls as in boys at an early age. As children get older, one hopes that they get out of this way of behaving. It is never easy trying to find ways to alleviate these situations, as something which seems to work one day, has no effect whatsoever the next. However, I have a few suggestions which just MAY work from time-to-time.

Some of the tips are more suited to the younger child, but with ADHD you may have to deal with tantrums in children who should be well past them, in which case the last three suggestions may be more appropriate. Please don't come back to me if they don't work! After all, I am still dealing with tantrums in a twelve year old, and I often don't have all the answers. However, some of them may be worth a try:

We all know that theory is great, but often doesn't work with our children. However, you may just find one of the above suggestions works on occasion.

next: A Letter to A Misunderstood ADHD Kid
~ back to Wild Child homepage
~ adhd library articles
~ all add/adhd articles 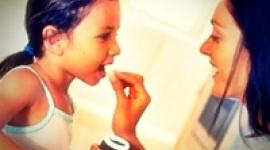