Ideas on how to improve social skills in children with ADHD as many ADHD children often lack the social skills necessary to get along with their peers and communicate with others.

How to Improve Social Skills in Children with ADHD

The direct teaching of social rules or conventions which guide interactions and which most children learn without direct input. These might include how to greet somebody, how to initiate a conversation, taking turns in a conversation, and maintaining appropriate eye contact.

Modelling of social skills such as the above for the target child to observe ; or shared viewing and discussing of a video-tape of two people talking or playing, including reference to any non-verbal messages which can be discerned. 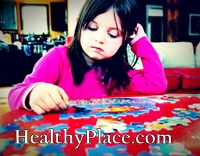 Providing specific and structured activities which are to be shared with one or two selected classmate(s). These might range from some jobs to be completed in the school during break or lunch time, games involving turn-taking (board games based on logic or spatial intelligence such as Chess rather than games based on inference-making like Cluedo, simple card games ), tasks or mini-projects to be completed on the computer ( e.g. preparing large print labels for work to be displayed around the classroom or having the major responsibility for printing a class newsletter ).

Identifying particular skills in the target child and inviting him/her to offer some help to another child who is less advanced (e.g. if your child is really good with the computer then maybe they can help another child who may find computers more difficult).

Encouraging his or her participation in school clubs or organised/structured activities during the lunchtime.

Recognising the Viewpoints and Feelings of Other People

In the classroom setting, instructions should be very precise with no opportunity to misunderstand what is expected. It may be necessary to follow up group instructions with individual instructions rather than assuming that the target child has understood what is needed or can learn "incidentally" from watching what other children do.

Direct teaching about social situations such as how to recognise when someone is joking or how to recognise how someone else is feeling. This latter might begin with a series of cartoon faces with clearly drawn expressions indicating anger, amusement, etc., with the target child helped to identify the various feelings and guess what caused them.

Games or role play to focus upon the viewpoint of another person. This might include simply looking at pictures of children or adults interacting or working together or sharing some activity, and asking what is happening or what a given individual is doing, and what he might be thinking.

Direct teaching of what to do ( or what not to do ) in certain situations, such as when the teacher is cross either with the individual child or with the whole group.

A common theme in much of the on going research and studies about social skills in the child with ADHD is that the work intended to help the child needs to involve other children to at least some extent. If the focus is upon peer interaction, there is little logic in seeking to improve performance by using only one to one sessions.

It would therefore be desirable for perhaps two or three non-ADHD peers to participate in the activities or video watching so that there could be a shared discussion and an actual possibility to practice some of the skills by the children in various make believe situations and not simply by target child and adult. This latter arrangement risks being somewhat abstract when evidence suggests the value of working on social skills within a social context.

Also, if peers are involved in the training strategies and share the same rules, this may reduce stress upon the ADHD child and increase the rate at which (s)he internalises the targeted behaviours in real situations they can identify with.

The idea that simply placing a child with ADHD in a mainstream class will not actually be the solution for that child to develop socially appropriate behaviours. There needs to be direct teaching or modelling of the behaviours, and it is likely that the number of such behaviours needs to be limited to one or two at a time if true learning and consolidation is to take place.

Where the target child is placed within a group of peers whose positive social skills will be modelled constantly by others and where it has been made clear to the ADHD child what to observe and imitate. So the need to explain carefully what you want your child to watch the other children doing needs to be fairly specific - e.g. watch how this group take turns to throw the dice in the game.

The peer-initiated approach involves showing peers how to talk with the ADHD child and how to invite him or her to respond. It enables the other children to learn that this particular child has a problem and that you are trusting them to help the child to learn how to take part correctly, this therefore also helps the other children to work on the skills they need to continue to involve the child in other activities by asking them in the right manor and how to explain the rules in a way your child will understand in the future.

There is evidence that involving all children in the development of social skills has more benefits than working with the targeted child(ren) only ; there is also the point that this approach avoids singling out the child with the ADHD characteristics which might otherwise introduce a further disadvantage before one even begins ! There is a similar risk in a constant pairing of the ADHD child with a support assistant in that a dependency may be established, and any need or motivation to interact with other children is reduced.

A further implication behind all this is that there will be benefits in providing some sensitive awareness-raising among classmates of the nature of ADHD characteristics and behaviours. There is evidence ( e.g. Roeyers 1996) that giving peers this kind of information can improve the frequency and quality of social interaction between the ADHD child and classmates ; and that it can increase empathy towards the ADHD individual whose idiosyncrasies become more understandable and are not seen as provocative or awkward.

The whole point of this being a Social problem leads everyone to realise that the best way to help your child is to involve them in controlled social situations as this helps not only your child but it also allows others to learn how to involve your child in other situations without this causing as many problems as it may have done in the past. 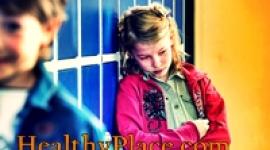 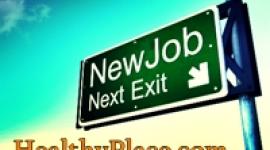 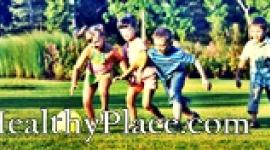 Corporal Punishment From A Religious Viewpoint

Multi-Modal Treatment of ADHD: What Every Parent Needs To Know