Information about the Fiengold Diet, a dietary intervention and Fresh Lemon Balm for treating ADHD symptoms. Also an article on little scientific evidence regarding the relationship between food allergies and behavior or learning problems.

Moira from South Africa wrote to us saying.

"Hello Simon,
I must tell you some information which a friend passed on to me. She has a son, who is now 21 years old, doing his Masters Degree in Engineering. When he was 15 months old, her doctor diagnosed him as having ADHD. He put him on Ritalin, but she was not happy and spent considerable time and effort to try an alternative method. She eventually got hold of a book, written by Ben F. Feingold, MD, called "Why your child is hyperactive". He apparently runs (or did at the time) a clinic at Kaiser-Permanente Medical Centre in San Francisco. He stated that most learning difficulties are caused by artificial food flavours and colours. She experimented with all sorts of foods and discovered over time exactly what caused his mood swings. From being an impossible and ,what teachers called, a backward child, he overcame his problems and is now a brilliant student."

For further details including more testimonials, go to the Feingold Association's web site at http://www.feingold.org/. (Please be aware that some of the information on the Feingold website is for members only i.e. you have to pay a subscription to read it.)

"Dear Simon,
I just found this site and wanted to say that my 4 year old son has ADHD and has been taking eye-q for three months and I know its helping him. But I also follow the Feingold diet and live a life as close to the Rudolph Steiner philosophy as possible. I took Michael to a noisy busy New Year's Party last night. Imagine the scene - a lot of tipsy adults and a dozen or more kids running about. Michael screamed and bit a little boy and we left. I apologised to him later for putting him into a situation he couldn't deal with and he is happily playing with his sister today and is once again the quiet happy little boy I adore. If only he could deal with the other world of noise and "normality" just occasionally, but he cant.

"Among the best known dietary interventions, the Feingold Diet has advocated that children sensitive to a variety of foods and food colorings, including preservatives, may develop symptoms of ADHD as a toxic reaction to these substances. Over the years advocates of these dietary interventions have made dramatic claims. They have stated that additive-free diets will improve most if not all children's learning and attention problems. They describe case studies in which children could be removed from drug therapy if their diet was maintained. They also report improvements in school for these children and subsequent deterioration in learning and behavior when the diet is not followed.

Although dietary interventions are popular, few studies have reported success and for most of these, statistical problems abound. The lack of well-controlled studies is also true for those who propose a relationship between allergies and behavior or learning problems. Although proponents of these dietary approaches may acknowledge that careful scientific studies are necessary, such studies have not yet been conducted.

A large number of studies, however, have examined the relationship between sugar and ADHD. However, most of them are difficult to interpret. A few well-designed studies have found some effects of sugar on behavior but these effects are very small and only a small percentage of children with ADHD appear vulnerable.

After careful analysis of the existing evidence, numerous researchers have concluded that there is limited, if any, support for a link between diet and children's learning and behavior. Of course, like all children, we know that children with ADHD require a healthy, well-balanced diet. At this time, however, it has not been shown that dietary interventions offer significant help for children with learning and attention problems."

Bonnie wrote to us saying......
"I thought I would write a note and tell you that my 14 yr old son Jordan is having tremendous success with Focus for Children by Natures Way. We have homeschooled using Stevenson Language Skills (Menomics), Vision Therapy, NACD, Sanomas Auditory Therapy, and even a little bit of Norfolk. He has spent years with private tutors and one-on-one instruction which I am sure gave him the skills he needed and has helped tremndously. But recently he has begun taking Focus and we are seeing him begin to soar. He is reading and writing and behaving appropriately...things he could never accomplish before. Yes, he is still working hard and his program at school is adaptive...but he is doing it...and a year ago I never would have dreamed he could.

The following is excerpted from the Health Search newspaper published by Wilson Publications, Owensboro, KY 42303

Melissa is an aromatic herb with a distinctly spicy, lemony taste. In traditional medicine, it was considered a cure-all for a number of conditions including nervous problems, insomnia, female discomforts, headache, toothache, sores, cramps, tumors, and insect bites. Melissa's various actions include carminative, diaphoretic, anti-spasmodic, stomachic and emmenagogue.

In Europe, where the study of natural medicines is much more advanced than in the U.S., there is a German Kommission E Monograph regarding Melissa, attesting to its clinical uses in nervous disturbance of sleep, functional gastrointestinal disorders, and as an appetite stimulant for those needing it. Further studies with Melissa have revealed strong antiviral properties, especially with regard to herpes virus in a topical application. Long celebrated for its benefits with hyperactivity in children, Melissa, when combined with other similar sedative herbs according to the German Kommission E may be advantageous.

Ed. Note: Please remember, we do not endorse any treatments and strongly advise you to check with your doctor before using, stopping or changing any treatment 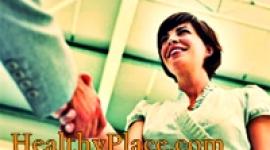