A review of scientific literature reveals that stimulant medication for ADHD children actually reduces the chances of later substance abuse.

Does Stimulant Therapy of Attention-Deficit/Hyperactivity Disorder Beget Later Substance Abuse? A Meta-analytic Review of the Literature

Objective. Concerns exist that stimulant therapy of youths with attention-deficit/hyperactivity disorder (ADHD) may result in an increased risk for subsequent substance use disorders (SUD). We investigated all long-term studies in which pharmacologically treated and untreated youths with ADHD were examined for later SUD outcomes.

Methods. A search of all available prospective and retrospective studies of children, adolescents, and adults with ADHD that had information relating childhood exposure to stimulant therapy and later SUD outcome in adolescence or adulthood was conducted through PubMed supplemented with data from scientific presentations. Meta-analysis was used to evaluate the relationship between stimulant therapy and subsequent SUD in youths with ADHD in general while addressing specifically differential effects on alcohol use disorders or drug use disorders and the potential effects of covariates.

Results. Six studies-2 with follow-up in adolescence and 4 in young adulthood-were included and comprised 674 medicated subjects and 360 unmedicated subjects who were followed at least 4 years. The pooled estimate of the odds ratio indicated a 1.9-fold reduction in risk for SUD in youths who were treated with stimulants compared with youths who did not receive pharmacotherapy for ADHD (z = 2.1; 95% confidence interval for odds ratio [OR]: 1.1-3.6). We found similar reductions in risk for later drug and alcohol use disorders (z = 1.1). Studies that reported follow-up into adolescence showed a greater protective effect on the development of SUD (OR: 5.8) than studies that followed subjects into adulthood (OR: 1.4). Additional analyses showed that the results could not be accounted for by any single study or by publication bias.

Conclusion. Our results suggest that stimulant therapy in childhood is associated with a reduction in the risk for subsequent drug and alcohol use disorders. 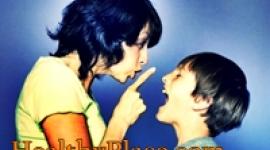 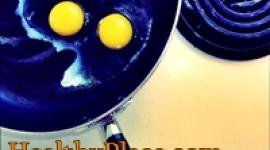 Parenting 101: The Basics of Improving Behavior and Self Esteem