A beautiful short story on the magic of giving gifts... and many aren't material gifts.

After he had unwrapped his gifts on Christmas morning the the 5 year old boy's mother asked him which one of his presents he wanted to donate to a poor child who had less than him. "None", the boy replied. His mom sat him on her lap and explained to him that sharing with those who were less fortunate was part of the holiday spirit and how a child who had less would probably be very happy to receive a gift. This took some convincing from mom but the boy eventually agreed to part with one of his gifts. Mom told him that he could have until the following morning to decide. The day after Christmas the boy put his four gifts in front of him and tried to decide which one to part with. It was a difficult decision. His eyes scanned over the toy flute, book of Aesop's Fables, Popeye book bag, and the toy dump truck with doors that really opened. He decided that he part with the flute. "Where do we take it ?", he asked his mother. His mother explained that there was a Salvation Army box two streets away and that the people who emptied this box would make sure that it got to a child who needed a gift. "How will they know it is for a child ?", he asked. His mother told him that he could tape a note to the flute and she helped him to write one that read, "Please make sure this gets to a kid who doesn't have a lot of toys". After securely attaching the note to the flute the boy said, "I forgot to write my name, how will they know who this came from?" His mother explained that they wouldn't need to know who it came from and how sometimes part of giving was doing it so that others wouldn't know where it came from, like putting coins in the poor box at church. "Well, can I please write my name?" His mother said it would be okay and he wrote his name at the end of the note.

This parting with a gift the day after Christmas became a yearly ritual. When he was 8 years old, the boy so treasured the gifts that he had that the decision needed to be made by eeny-meny-miny-mo and he had to part with a set of checkers. "I really love these mom", the boy said. His mother said that he could select something else but he didn't want to have to decide again. His mother left the room and returned with a piece of cardboard, the boy's crayons, and his bottle cap collection. Together they created a board and set of checkers. "I bet no other kid in the world has checkers like these", he said. That year he decided all on his own not to put his name on the note that he attached to the checkers box. Three months later when he saw a checkers set at his friend Jerry's house he fought back the temptation to say , "that was mine", after Jerry had told him that an army man had brought it to his door.


When he was 10 years old, the laundrymat where his mother worked closed shortly after Thanksgiving and gifts were sparse. On Christmas, he looked over his three inexpensive gifts. His mother came and sat beside him and told him that this year he didn't have to part with a gift. At first, this sounded great but when he woke up the morning after Christmas he thought about how much fun he had seen Jerry have with the checkers and how the giving gift could be secret and magical. He told his mother that he wanted to put his new football in the Salvation Army box. "You don't have to do that", his mother said. He told her that he wanted to. She got teary-eyed and gave him a big hug.

Six months later his mother's birthday was approaching and the boy emptied his piggy bank and counted out three dollars and forty-nine cents. "What would you like for your birthday ?", he asked his mother. She was silent for a moment and then she spoke, "I've noticed Billy playing catch football with his dad and it looks like a lot of fun. I think I would like a football." That year his mother got a football for her birthday.

Many years later, when he was a young man, he talked to his mother about how in some ways it seemed strange that she had him give to the poor when he was a child since they themselves were poor. Then it happened. She gave him 'the look'. It was a look that if it could be put into words would say, "Don't you understand, haven't you learned ?" The look said that and so much more. It was the same look that he had seen many times before. Words that appeared to be carefully chosen usually came shortly after 'the look'. Certain instances were more memorable than others. There was the the time when he was 9 years old and he told his sister that she could never be president because she was a girl. That time "the look" was followed by his mother saying that people had all sorts of opinions about President Johnson but that she had never heard anyone comment on the importance of whether he stood or sat when he went to pee. This time he was 17 years old and 'the look' was followed with an explanation about what real poverty is and how the worst poverty to be in is poverty of the soul.

The giving gift tradition continued into adulthood. One Christmas his own 5 year old boy asked him, "What was the best gift you got for Christmas when you were a kid ?" He wanted to explain to his son that the best gift he ever received didn't come in a box, it wasn't wrapped and you couldn't even hold it in your hand.

He tried to explain the giving gift as best as he could in words that a young child might understand. "Do you still do that Dad ?" His father explained that he had not missed a Christmas in over 30 years. The following day the father selected a new sweater and wrote directly on the white box, "Please give this to someone who needs it". As he was getting ready for the drive to the Salvation Army box his son asked , "Can I come?" The father asked the boy to have his mother help him put on his boots, hat, and coat while Dad went to warm up the car. The father sat in the car waiting for ten minutes and thought about the Christmas of the first giving gift. He was just about to go back inside to see what was taking his son so long when the little boy came running out with a new play-doh set in his hands. "Dad, can you help me write the note ?"

There is joy in watching surprised looks on the faces of children as they open gifts. Material gifts can be precious but the greatest gifts that we can give to children aren't wrapped in fancy paper and they can't be purchased at the mall. The greatest gifts were meant to be passed on to others. The receivers of these gifts are often initially unaware of what they are actually receiving. The gifts of forgiveness, sharing, fairness, and caring are the most valuable gifts. These are the gifts that we can give away but still keep.

About the author: Brian Joseph is the author of the mystical, musical, inspirational novel, The Gift of Gabe. Visit http://www.giftofgabe.com/

next:Article: No Body is Perfect: Body Image and Shame

The Magic of Appreciation 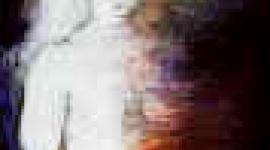 The Web Way To Save Planet Earth