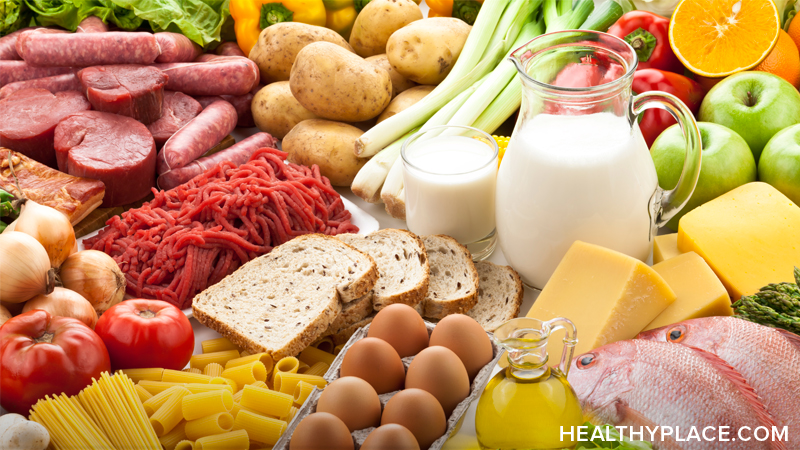 Detailed information about Zinc, signs and causes of zinc deficiency and who may need extra zinc and zinc supplements.

Zinc: What is it?

Zinc is an essential mineral that is found in almost every cell. It stimulates the activity of approximately 100 enzymes, which are substances that promote biochemical reactions in your body (1,2). Zinc supports a healthy immune system (3,4), is needed for wound healing (5), helps maintain your sense of taste and smell (6), and is needed for DNA synthesis (2). Zinc also supports normal growth and development during pregnancy, childhood, and adolescence (7, 8).

Zinc is found in a wide variety of foods (2). Oysters contain more zinc per serving than any other food, but red meat and poultry provide the majority of zinc in the American diet. Other good food sources include beans, nuts, certain seafood, whole grains, fortified breakfast cereals, and dairy products (2,9). Zinc absorption is greater from a diet high in animal protein than a diet rich in plant proteins (2). Phytates, which are found in whole grain breads, cereals, legumes and other products, can decrease zinc absorption (2, 10, 11).(Refer to Table 1: Selected Food Sources of Zinc lists a variety of dietary sources of zinc.)

What is the Recommended Dietary Allowance for zinc?

The latest recommendations for zinc intake are given in the new Dietary Reference Intakes developed by the Institute of Medicine. Dietary Reference Intakes (DRIs) is the umbrella term for a group of reference values used for planning and assessing nutrient intake for healthy people. The Recommended Dietary Allowance (RDA), one of the DRIs, is the average daily dietary intake level that is sufficient to meet the nutrient requirements of nearly all (97-98%) healthy individuals (2). For infants 0 to 6 months, the DRI is in the form of an Adequate Intake (AI), which is the mean intake of zinc in healthy, breastfed infants. The AI for zinc for infants from 0 through 6 months is 2.0 milligrams (mg) per day. The 2001 RDAs for zinc (2) for infants 7 through 12 months, children and adults in mg per day are:

Table 1: Recommended Dietary Allowances for Zinc for Infants over 7 months, Children, and Adults

When can zinc deficiency occur?

Zinc deficiency most often occurs when zinc intake is inadequate or poorly absorbed, when there are increased losses of zinc from the body, or when the body's requirement for zinc increases (14-16).

Signs of zinc deficiency include growth retardation, hair loss, diarrhea, delayed sexual maturation and impotence, eye and skin lesions, and loss of appetite (2). There is also evidence that weight loss, delayed healing of wounds, taste abnormalities, and mental lethargy can occur (5, 15-19). Since many of these symptoms are general and are associated with other medical conditions, do not assume they are due to a zinc deficiency. It is important to consult with a medical doctor about medical symptoms so that appropriate care can be given.

Who may need extra zinc?

There is no single laboratory test that adequately measures zinc nutritional status (2,20). Medical doctors who suspect a zinc deficiency will consider risk factors such as inadequate caloric intake, alcoholism, digestive diseases, and symptoms such as impaired growth in infants and children when determining a need for zinc supplementation (2). Vegetarians may need as much as 50% more zinc than non-vegetarians because of the lower absorption of zinc from plant foods, so it is very important for vegetarians to include good sources of zinc in their diet (2, 21).

Maternal zinc deficiency can slow fetal growth (7). Zinc supplementation has improved growth rate in some children who demonstrate mild to moderate growth failure and who also have a zinc deficiency (22). Human milk does not provide recommended amounts of zinc for older infants between the ages of 7 months and 12 months, so breast-fed infants of this age should also consume age-appropriate foods containing zinc or be given formula containing zinc (2). Alternately, pediatricians may recommend supplemental zinc in this situation. Breastfeeding also may deplete maternal zinc stores because of the greater need for zinc during lactation (23). It is important for mothers who breast-feed to include good sources of zinc in their daily diet and for pregnant women to follow their doctor's advice about taking vitamin and mineral supplements.

Low zinc status has been observed in 30% to 50% of alcoholics. Alcohol decreases the absorption of zinc and increases loss of zinc in urine. In addition, many alcoholics do not eat an acceptable variety or amount of food, so their dietary intake of zinc may be inadequate (22, 24, 25).

Diarrhea results in a loss of zinc. Individuals who have had gastrointestinal surgery or who have digestive disorders that result in malabsorption, including sprue, Crohn's disease and short bowel syndrome, are at greater risk of a zinc deficiency (2, 15, 26). Individuals who experience chronic diarrhea should make sure they include sources of zinc in their daily diet (see selected table of food sources of zinc) and may benefit from zinc supplementation. A medical doctor can evaluate the need for a zinc supplement if diet alone fails to maintain normal zinc levels in these circumstances.

What are some current issues and controversies about zinc?

Zinc, infections, and wound healing
The immune system is adversely affected by even moderate degrees of zinc deficiency. Severe zinc deficiency depresses immune function (27). Zinc is required for the development and activation of T-lymphocytes, a kind of white blood cell that helps fight infection (2, 28). When zinc supplements are given to individuals with low zinc levels, the numbers of T-cell lymphocytes circulating in the blood increase and the ability of lymphocytes to fight infection improves. Studies show that poor, malnourished children in India, Africa, South America, and Southeast Asia experience shorter courses of infectious diarrhea after taking zinc supplements (29). Amounts of zinc provided in these studies ranged from 4 mg a day up to 40 mg per day and were provided in a variety of forms (zinc acetate, zinc gluconate, or zinc sulfate) (29). Zinc supplements are often given to help heal skin ulcers or bed sores (30), but they do not increase rates of wound healing when zinc levels are normal.

Zinc and the common cold
The effect of zinc treatments on the severity or duration of cold symptoms is controversial. A study of over 100 employees of the Cleveland Clinic indicated that zinc lozenges decreased the duration of colds by one-half, although no differences were seen in how long fevers lasted or the level of muscle aches (31). Other researchers examined the effect of zinc supplements on cold duration and severity in over 400 randomized subjects. In their first study, a virus was used to induce cold symptoms. The duration of illness was significantly lower in the group receiving zinc gluconate lozenges (providing 13.3 mg zinc) but not in the group receiving zinc acetate lozenges (providing 5 or 11.5 mg zinc). None of the zinc preparations affected the severity of cold symptoms in the first 3 days of treatment. In the second study, which examined the effects of zinc supplements on duration and severity of natural colds, no differences were seen between individuals receiving zinc and those receiving a placebo (sugar pill) (32). Recent research suggests that the effect of zinc may be influenced by the ability of the specific supplement formula to deliver zinc ions to the oral mucosa (32). Additional research is needed to determine whether zinc compounds have any effect on the common cold.

Zinc and iron absorption
Iron deficiency anemia is considered a serious public health problem in the world today. Iron fortification programs were developed to prevent this deficiency, and they have been credited with improving the iron status of millions of women, infants, and children. Some researchers have questioned the effect of iron fortification on absorption of other nutrients, including zinc. Fortification of foods with iron does not significantly affect zinc absorption. However, large amounts of iron in supplements (greater than 25 mg) may decrease zinc absorption, as can iron in solutions (2, 33). Taking iron supplements between meals will help decrease its effect on zinc absorption (33).

What is the health risk of too much zinc?

Zinc toxicity has been seen in both acute and chronic forms. Intakes of 150 to 450 mg of zinc per day have been associated with low copper status, altered iron function, reduced immune function, and reduced levels of high-density lipoproteins (the good cholesterol) (34). One case report cited severe nausea and vomiting within 30 minutes after the person ingested four grams of zinc gluconate (570 mg elemental zinc) (35). In 2001 the National Academy of Sciences established tolerable upper levels (UL), the highest intake associated with no adverse health effects, for zinc for infants, children, and adults (2). The ULs do not apply to individuals who are receiving zinc for medical treatment, but it is important for such individuals to be under the care of a medical doctor who will monitor for adverse health effects. The 2001 Upper Levels for infants, children and adults are (2):

Table 2: Upper Levels for Zinc for Infants, Children, and Adults

Selected Food Sources of Zinc
The 2000 Dietary Guidelines for Americans state, "Different foods contain different nutrients and other healthful substances. No single food can supply all the nutrients in the amounts you need" (36). The following table suggests a variety of dietary sources of zinc and lists the milligrams (mg) and percent Daily Value (%DV*) per portion. As the table indicates, red meat, poultry, fortified breakfast cereal, some seafood, whole grains, dry beans, and nuts provide zinc. Fortified foods including breakfast cereals make it easier to consume the RDA for zinc, however they also make it easier to consume too much zinc, especially if supplemental zinc is being taken. Anyone considering taking a zinc supplement should first consider whether their needs could be met by dietary zinc sources and from fortified foods. 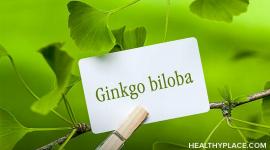 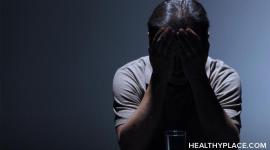 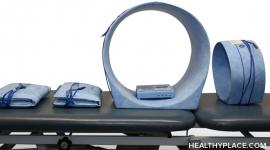