Research reveals that regular exercise and healthy eating can prevent or delay the onset of Alzheimer's Disease and other dementias.

Physical exercise is very important for maintaining good blood flow to the brain. It also encourages the development of new brain cells and reduces the risk of heart attack, stroke and diabetes which are all risk factors for Alzheimer's and other dementias.

Growing evidence shows that physical exercise does not have to be strenuous or even require a major time commitment. It is most effective when done regularly, and in combination with a brain-healthy diet, mental activity and social interaction.

Aerobic exercise improves oxygen consumption, which benefits brain function; aerobic fitness has been found to reduce brain cell loss in elderly subjects. Walking, bicycling, gardening, tai chi, yoga and other activities of about 30 minutes daily get the body moving and the heart pumping.

Severe head injuries have been associated with increased risk for later development of Alzheimer's disease and other dementias.

According to the most current research, a brain-healthy diet is one that reduces the risk of heart disease and diabetes, encourages good blood flow to the brain, and is low in fat and cholesterol. Like the heart, the brain needs the right balance of nutrients, including protein and sugar, to function well. A brain-healthy diet is most effective when combined with physical and mental activity and social interaction.

Manage your body weight for overall good health of brain and body. A long-term study of 1,500 adults found that those who were obese in middle age were twice as likely to develop dementia in later life. Those who also had high cholesterol and high blood pressure had six times the risk of dementia. Adopt an overall food lifestyle, rather than a short-term diet, and eat in moderation.

Increase your intake of protective foods. Current research suggests that certain foods may reduce the risk of heart disease and stroke, and appear to protect brain cells.

Not enough information is available to indicate what quantities of these foods might be most beneficial for brain health. For example, it is not clear how much fruit would have to be consumed to have a detectable benefit. However, a study of elderly women showed that those who ate the most green, leafy and cruciferous vegetables in the group were one to two years younger in mental function than women who ate few of these vegetables.

Vitamin supplements may be helpful. There is some indication that vitamins, such as vitamin E, or vitamins E and C together, vitamin B12 and folate may be important in lowering your risk of developing Alzheimer's. A brain-healthy diet will help increase your intake of these vitamins and the trace elements necessary for the body to use them effectively.

It's not known what causes Alzheimer's disease or what role genetics plays in most cases of Alzheimer's, though having parents or siblings with the disease increases your risk. A small percentage of cases is known to be caused by inherited mutated genes. In other cases, variants of specific genes increase risk, but even people who inherit such variants from both parents still may not get the disease. These risk factors that you cannot change will set a starting point for you, but there is hope that adopting the healthy brain life habits might delay or prevent the appearance of Alzheimer's disease.

next: Alzheimer's Disease: From Symptoms to Treatments 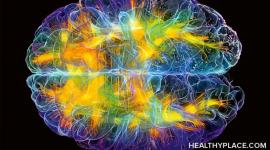 Good Brain Health May Prevent Alzheimer's and Dementia
Physical Exercise 'Pumps Up' Your Brain, Too