I have suffered from bipolar disorder, also known as manic depression for years. Here's my story. I hope it will help someone, somehow.

The most important thing is to be whatever you are without shame."
~Rod Steiger~Actor

The aggravated agony of depression is terrifying, and elation, its non-identical twin sister, is even more terrifying - attractive as she may be for a moment. You are grandiose beyond the reality of your creativity.
~Joshua Logan~American theatrical and film director and writer

In short, I am sharing my story to help others. I have opened myself up in this forum and web site because people have written to me and requested I relate more about my experiences and myself. Thanks for your interest! :-) Some things here I have never told anyone, not even members of my own family. This was a difficult decision to make, but I hope it will help someone somehow.

I just turned 40, yes 40, in April of 2004. I'm still a very big kid at heart however! Most people think my husband and I are still in our early 30's. Aren't we fooling them ;-) I am blessed with a wonderful marriage. My marriage is strong because I have a very loving and supportive husband named Greg. He's been through a lot with me and has tolerated many things that most people would not have. I guess we value our long relationship, having met each other in the summer of 1981. We have no children at this time, just a dog that is spoiled rotten. I try to lead a simple life, nothing too fancy at least. I grew up in a small coastal town on the Eastern Shore of Maryland, located between the Chesapeake Bay and Atlantic Ocean.

I have suffered from Bipolar Disorder, also known as Manic Depression, for years. I was not diagnosed until age 30, in 1994. In retrospect, I can now put the pieces of the puzzle together. I can now look back and say "ahh", that's what caused me to behave this way. I only wish it hadn't taken me so long to get a proper diagnoses. Enduring countless years of searching for what was wrong, I suffered a great deal. I understand that statistics state that the average Bipolar suffers for perhaps 10 years before being properly diagnosed and treated. 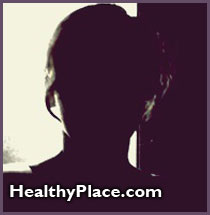 My depressions date back to early childhood. I can remember going to the guidance counselor's office in 6th grade begging for someone to help me because I felt so awfully sad. The feeling was just so overwhelming, I can't tell you how horrible it was. I just wanted to disappear from the earth altogether. Overwhelming sadness seems to have always been a part of my life since very early childhood.

The first "manic" attack that I can truly recognize happened while I was at boarding school. I was in 10th grade. I can remember being up and awake for days and being extremely chatty, witty, charming, thinking life was just beautiful. My mind was working overtime, and my studying was impeccable. I was brilliant! The school was located in the Allegheny Mountains of Pennsylvania so naturally I felt at one with the earth. We used to sneak out at night and go on the hockey/soccer field and look at the stars. I knew my soul was part of the universe! Everything glowed! My senses were totally alive. I was on a cloud. I had never felt so good. I was one busy girl.

Then things got out of hand. I thought I was able to see energy in the air of my dorm room. I'm not a new wave kinda girl if you will, not that there's anything wrong with that! I tried to convince a few of my friends of this, but they blew it off for the most part. I KNEW I could see this. It was there, it was real, and I could touch it! I could see brilliant white and electric blue balls of energy floating around my room. No one understood (except for one friend who was into things like "energy" and such) so this upset me and angered me to some degree. I snubbed some of my friends for a few weeks over this. I didn't understand what was going on in my head, nor did anyone else including the staff. I dressed oddly, spoke oddly, was impulsive in class, and couldn't talk fast enough to keep up with my thoughts. I participated in a big "NO NO" kitchen raid which was TOTALLY against my "normal" character. After all, I was President of my class! How could I have done something so mischievous? I think the staff chalked this up to typical "adolescent" behavior. Back then not much was known about this illness.

Then on one sunny afternoon while in history class my teacher was on my case and I totally crashed. I ran from the room in tears and went to find my health teacher whom I was close to. She comforted me and seemed to understand that "something" was "wrong." I was crying hysterically! She thought that perhaps my history teacher who was known for being a hard ass had gotten to me. However, I was a total mess. I couldn't put words together to explain what was going on in my head. She sent me to the infirmary where I spent the night because the powers that be thought I was exhausted. The next day I returned to my dorm, totally dark, depressed, and so very hurt. I was aching with sorrow. What had happened? Where did that mountain high go? It was gone...This was the eclipse of when my severe depressions started and the cycling began.

APA Reference
Staff, H. (2008, December 6). About Me (Juliet): My Life With Bipolar, HealthyPlace. Retrieved on 2020, July 11 from https://www.healthyplace.com/bipolar-disorder/articles/juliet-my-life-with-bipolar 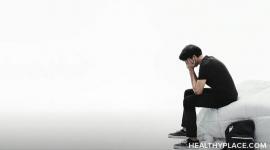 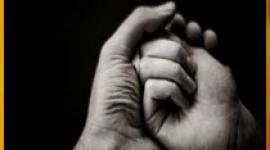 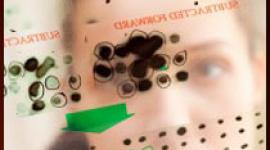 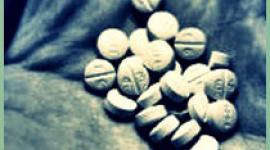