ADHD in Your Family Tree

ADHD is such a strong genetic trait that it shows up again and again in certain families. Some families like it so much they give the gene to their kids twice.

My wife didn't get that joke, and maybe you didn't either. ADHD gives me a quirky sense of humor, which is a good thing. There's so much that I do that is laughable. That quirky humor has been passed down for generations. ADHD runs through a family tree like a clown car in a china shop. What ADHD tales do you have from your family tree?

ADHD Genes in My Family 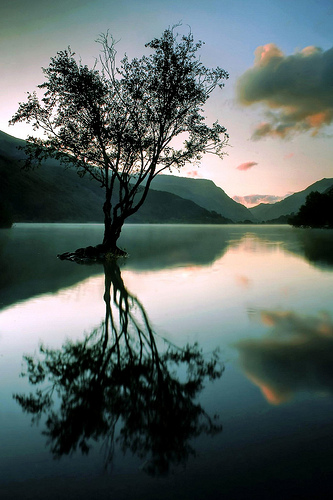 There is a theory that ADHD separates the farmers from the hunters—the hunters being the throwback types from days gone by when angry dinosaurs roamed the earth looking for a tasty mammal snack. Although ADHD as a diagnosis is a modern convention, I can trace some similar behavior in my ancestors.

There is my father, of course, whose undiagnosed ADHD manifested itself in interesting ways. For instance, he has always liked jobs that kept him out on the road-—always moving. It is from him that I learned how to put my foot in my mouth. One day, he decided on a whim that since I had figured out Santa stored our gifts in the unfinished bathroom upstairs that year, I should learn that the Easter Bunny and the Tooth Fairy were also not real. I'm sure it seemed like a good idea at the time. My mum may have been mad at my dad then, but she was incandescently enraged when he came home with a new car…twice. Impulse buys, indeed.

My past is filled with odd, sad tales, like great, great, great uncle Nicholas whose family skills apparently were so wonderful that when he died digging a well in Iowa, his family just left him in there and filled the well in as his grave. There was also great, great grandfather Owen Cootey who stayed behind in Vermont when the family moved west, but left $3 and a cow to his family when he died. He had a farm on a hilltop near Turkey Hollow. I get my business sense from him. Lastly, there is his son, my great grandfather, Herman Cootey. Herman couldn't stand his dad and left as an angry young man, moved out of state, and cut himself off from his parents.

Can I Blame My Family's Dysfunction on ADHD Genes?

It's hard to say that all that dysfunction was the result of ADHD, but it sure bore the hallmark of the disorder. My family is so dysfunctional that we just received a hundred year old family photo album a stranger found at a flea market in California. None of the Cooteys seemed to keep in contact or pass on family history. They came over as a group from Ireland in the mid 1800s and spread across America. They fought in wars, hunted for whales, got lost at sea, opened car dealerships, and never bothered with any family reunions. The wandering hunter instinct ran in their blood. That was in such stark contrast to my Italian family who ate, laughed, and played bocci together.

I can relate with my restless relatives, however. Family life can be mundane and boring. I sometimes feel the ADHD urge to just GO! When I do, I remind myself that others in my family didn't fight off their aversion to domestic boredom. They gave into their fancy—had affairs or abandoned family—and left ruined people behind them. I love my family too much for that, even if the wanderlust is strong.

It's up to me to leave a legacy of love and ADHD buffoonery so farcical my progeny will be laughing for generations. Considering that my girls remember that I've stepped outside without pants on one time, melted pots on the stove, and left a box of donuts on top of the car before driving away, I'm probably doing a bang up job of it already.

ADHD: Pulling the Plug on Video Games
Adult ADHD and Inaccurate Self-Observation: No One Likes Me
mountainfaerie
June, 29 2010 at 7:12 am

Ah yes, with luck your girls will remember all your ADHD antics and unfunny stunts as well. Hopefully not, but maybe ADD is bubbling in their veins, only to pop up in the future as an uninvited guest playing havoc on their memory.
I have some ideas to stop ADD / ADHD in it's memory loss tracks.
1. Take plenty of digital photos.
2. Journal, journal, journal.
3. Record your memories and thoughts, thus giving your children solid memories, both good and bad, about their wonderful, interesting life with a unique Dad.

SpongeBob SquarePants Makes Kiddies ADHD?
Adult ADHD
The Power of Timers and Alarms for Adult ADHD
Adult ADHD
ADHD Frustration and Road Rage: Get Out of My Way!
Adult ADHD
4 Ways To Stop ADHD Overeating
Adult ADHD
I Can't Get My Act Together, But When I Do, It Doesn't Count
Adult ADHD
ADHD and Forgetting to Eat: How Did I Do?
Adult ADHD