The Label of ADHD: The New Four Letter Word 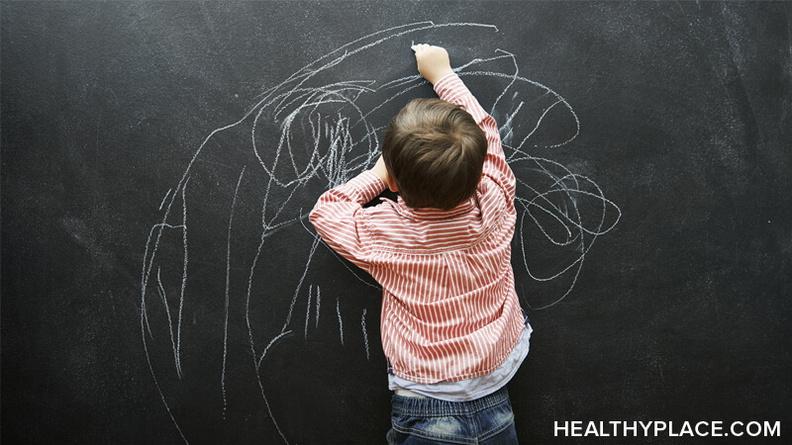 Maybe because I was once diagnosed with minimal brain dysfunction, I don’t find the newer label of ADHD so bad. MBD sounds like something the cast of Monty Python and the Flying Circus came up with. ADHD on the other hand sounds somewhat more descriptive and less post lobotomy-ish. This is why I was so surprised to encounter somebody yesterday so embarrassed by the ADHD label, they censored me. Is someone else's ADHD self-stigma something I need to better understand?

A reader had come across my adult ADHD blog while researching attention deficit hyperactive disorder. It was a new diagnosis for him and he, like any sane individual, wanted to know more about it. He also looked me up on Facebook and friended me. He had some very nice things to say in his friend request. I was so thankful that I took time to leave a comment on his wall. He hadn’t mentioned which blog of mine he liked, so I left a friendly generic comment.

Frankly, I can’t recall exactly what I wrote. Ah, the blessed mental fog of ADHD. I’m almost certain I never mentioned it, but whatever I wrote apparently had the four letter word “ADHD” in it. It alarmed him so much that he deleted the wall posting and sent me a friendly email via Facebook with a warning to not post on his wall about ADHD anymore. He hadn’t “come out” with his ADHD yet, which means ADHD self-stigma was in full effect. In a short series of emails, I found out he was a gay activist and wasn’t embarrassed by ADHD at all. He just didn’t want anybody to know he had it. 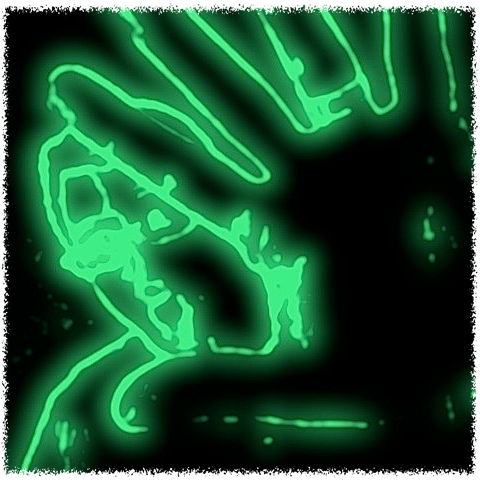 He admitted that he overreacted, but I was initially offended. I admit it. I felt what we in the mental health industry often refer to as being stigmatized. I wrote about stigma a bit when covering the YMCA ad fiasco. I’ve had employers and educators alike treat me poorly because I have ADHD, but to have my words of thanks removed because I wrote “ADHD” or even just blog about it was a new experience.

Within the hour, however, I began to empathize with him. Here was a guy used to fighting for a cause—a guy familiar with the scars of stigma and prejudice—and he panicked a bit over the label of ADHD. Stunning. What do folk think about the diagnosis of ADHD that they’d be so distressed by having it? I’ve had the diagnosis for so long that I accept it as part of me the way I accept my beard is graying. No, wait. That’s not right.

Truthfully, I was so relieved by the answers that “ADHD” as a diagnosis provided that I embraced it over two decades ago. I need to remind myself, though, that not everybody is as comfortable.

I write for people who have the ADHD diagnosis and embrace it, and I stick my tongue out at the ones who claim we’re deluded, but I haven’t truly considered writing for people still on the outside, afraid to come in—people who fear the label of ADHD and what it might make others think about them. I don’t know if this will change how I approach the subject in the future, but it sure has given me something to ponder.

What do you make of it? Does the label of ADHD bother you?

I also agree there is a stigma and it is most damaging when it comes from a family member. My son was diagnosised in 1st grade and I am the only one in the family that supports him in his struggles, provided structure, complete medical care and educational assistance. But years of work down the toilet when his father took him off his meds and other family minimized the whole package. I think his life is a shambles today. Impulsivity is the worst. Ritalin works it helps just like insulin. Any good Doctor will be responsible and prescribe meds when they are needed not wanted, and when they work is proof that they are needed. This is a form of acceptance we could all benefit from. Stigma stops growth and progress.

Anne, Hallowell & Ratey cover 25 steps for adults with ADHD to treat their problem without medication (chapter seven of Driven to Distraction). It's a short chapter, but it's worth picking up from the library. You may not be able to medicate your son, but he can still learn vital coping mechanisms to get control of his ADHD. Good luck and thanks for writing!

The stigma of ADHD is more about irresponsibility and laziness and disorganization than it is anything else, according to my personal experience. (Just blogged about it here: http://tiny.cc/3czwf)
I think there are always going to be people who are unable to see anything good about their disabilities or diagnoses, no matter what. At the same time, I do think it's important that those of us who embrace our disabilities do so in a realistic fashion, making a point of describing the difficulties we have. Eventually, the positive attitude should begin to carry over into general society.
That's my current theory, at least.
(Douglas, I have Tweeted you the blog URL - I be karalianne on Twitter.)

I'd never considered that ADHD might be stigmatized, simply because I didn't see it that way. Silly me. As I've mentioned elsewhere, I do get a bit tired of parents who choose to diagnose/medicate their children without getting an official diagnosis from a medical professional, simply because if they've guessed wrong, it's not good for the child. (Yes, I have a relative who does just this--decides what her kids have and then pressures the doctor into issuing medications for her armchair diagnoses. Her kids are all over-medicated, and at least one is drug-damaged. And yes, it bothers me a lot.)
Insofar as ADHD does carry a stigma, it must be because it falls into the no-man's-land of brain disorders/mental illnesses, which definitely are still taboo. I know of someone attending an Ivy League college who has had problems with depression and bipolar disorder. She tried to take her life a while back, spent several days in the hospital, then made the mistake of being honest with her supposedly-enlightened professors about where she'd been over the weekend. They promptly did their best to remove her from the school. It is to her credit that she resisted all these attempts--which might well be illegal under the Americans with Disabilities Act, though it would be spectacularly difficult to prove in court--and graduated anyway.

I have a brother who has had difficulty with certain faculty members because of his epilepsy. Stigma is indeed still an issue.
I'm sorry about your relative's children. That is terrible, yet I know that it happens all the time. Side-effects are no light matter. Psychmeds are powerful things. They aren't to be taken cavalierly.
Thanks for your insightful comment, Soozcat.

I love your sense of humor and the way you embrace your diagnosis. I have SAD, which can stand for many things, even some type of computer soft-ware I believe. But in my case it is schizoaffective disorder.
The guy was probably still in a shock from getting his diagnosis. Give him time. Besides you did nothing wrong. And if we have the button Delete, than we can use it.
Have a nice day
Helena Smole

Well, as I said, I was upset at first, but then became puzzled. I never imagined that ADHD had such a stigma for some people. It was a true learning experience.