Is It an Anger Problem or an Anxiety Issue? 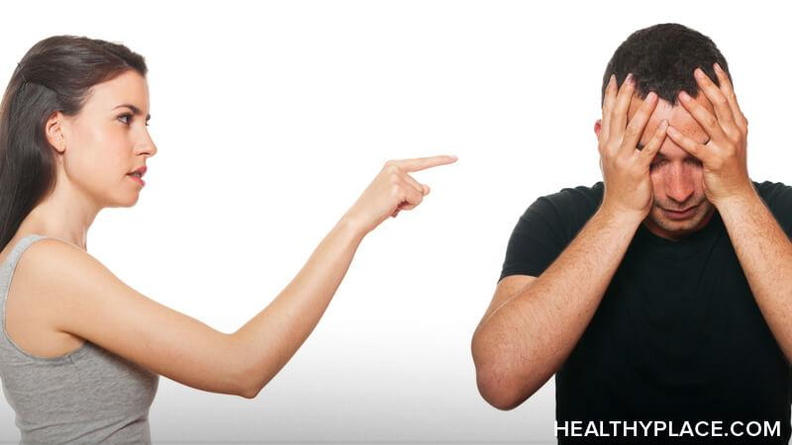 Anger is often anxiety's evil twin. We may express ourselves out of anger, but our problem is anxiety and all of its worries and fears. It can be very helpful to know when anxiety is behind anger; then we can address the right problem. So, do you have an anger problem or an anxiety issue?

The Anxiety Behind the Anger Problems

Yesterday, I was sitting with a young woman who was frequently fighting with her boyfriend. She told me that she was "jealous and had anger management problems." If he did not text her right back, within 20 minutes, she would freak out worried that he was doing something he wasn't supposed to be. When he finally texted her back–it turned out he was just helping his mother move furniture or getting a drink–she would yell at him, accuse him, and fighting would ensue.

In the 20 minutes she waited–desperately–for a text back, her mind "played tricks on her." Her imagination got carried away and she thought of all sorts of torrid scenarios. He was using drugs, with another woman, dead. Anything could be going on with him! She would panic, convinced, "My brain just does this and I have no control over it." She didn't feel like she could stop her panic.

Anger Can Be Mishandled Fear

Her anger blamed him: "If he told me before he left this wouldn't happen." Feeling out of control herself, she gave him the responsibility of curbing her worries, justifying her anger. Thinking about her problem as anger management issues and fighting, she was missing an important piece of the puzzle.

I asked her what she was afraid of.

"That he will leave me."

Why are you afraid he will leave you?

"He might find out that I am not good enough."

This is a fear. Love and kindness heals us, but we are always afraid we are not worthy of it. It is based on a limiting belief that she is not good enough. Believing that he might leave her is severely affecting this relationship. Fighting frequently doesn't bode well for any couple and may soon cause it's demise--which would give evidence to the belief that she is not good enough.

She feels like she cannot change, but she doesn't have to change him, or change herself: all she has to do is change what she believes.

You Can Manage Anger and Anxiety

Second, she has to work on her self esteem, learning and believing that she is good enough, not matter what.

Next, she has to chose not to believe in the fantastical scenarios she imagined he was in. She could do this by taking a step back from the chaos of her thoughts. If she pictures seeing herself from above the scene, witnessing, from this distance, herself having anxiety and then anger, she also could see what other meanings–what other possibilities–could explain his absence.

I asked her what she would think if she saw this big picture.

"I wouldn't be worried if I did that."

Would you be angry?

I think she has control, do you?

APA Reference
Lobozzo, J. (2012, June 20). Is It an Anger Problem or an Anxiety Issue?, HealthyPlace. Retrieved on 2021, April 23 from https://www.healthyplace.com/blogs/anxiety-schmanxiety/2012/06/anger-is-anxietys-evil-twin

Anxiety and Fear Make Us Tired: And We Are All Tired
Too Anxious To Speak Up?
Wellness Wednesday: Demystifying PTSD | Rhachelle Nicol&#039;
February, 19 2013 at 6:06 pm

[...] who have a history of trauma can feel sad, suicidal, anxious, angry, disoriented, have chronic pain, nightmares, and difficulty in relationships. Sometimes, they can [...]

[...] who have a history of trauma can feel sad, suicidal, anxious, angry, disoriented, have chronic pain, nightmares, and difficulty in relationships. Sometimes they can [...]

[...] it holds over us. And we would be cured. It needs us to be intimidated or it cannot survive. Read more on Anxiety Schmanxiety. Tags: anger, anxiety schmanxiety, Jodi aman blog, therapy /* */ Center for Narrative [...]

When people show their anger to someone else they are also fighting a war within themself.

Shirley, I totally agree! Thanks for sharing!

The identification of anger and anxiety as evil twin exhibits an interesting and provocative conception, as well as, an informal and useful world-out-look on these sorrowful emotional experiences. Indeed, these feeling are going in most cases together, in spite of veracity that anger is related with concrete and obvious danger event, while anxiety express something abstract and subjective fear that would to happen. However, the crucial issue is the manner how to deal with these two disturbed emotional state, in order to prevent the serious complication on mental health condition. Your personal suggestion are welcomed, but very difficult to realize in real daily life. My fulfilment reflects on the necessity to change life circumstances that in implicit way would moderate our thoughts flow and feelings state as well. Otherwise we ought to make extraordinary mental efforts, in order to improve our psychological ability to face satisfactory with these inevitable emotional affecting, such are anger and anxiety.

Good article, I can understand the home work, observation, hard work behind it.

Nikky,
You are really taking a look at this and processing it all. This is the road to healing. After being afraid for so long, your anger has turned into yourself. You have no reason to feel guilty, you are perfect!
Jodi

Thank you Jodi <3
This article gave me goosebumps from the beginning, and tears at the end <3
It's the kind of anxiety I had all my life. I can kind of control it now when it concerns most of people, but still can't do it when it concerns someone I particularly love.
I also have that anger, but with a difference that i don't express it. The appearance would still be calm and the attitude like "I don't care". The anger building up turns into depression.
This reaction is my first reaction, it is instant and very fast, but I do look at the problem later from a distance and I succeed in calming my fears somehow except when I feel guilty, because my guilt confirms my fears.