Can Anxiety Just be Cast Aside? 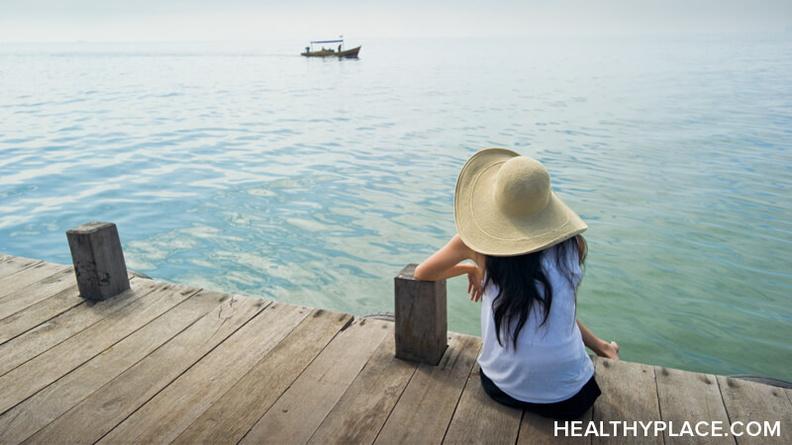 Last weekend, I had a conversation with a good friend. The conversation involved a disagreement, and I honestly thought I might have a heart attack. I don’t disagree well. Doing so increases my anxiety, sometimes to panic attack proportions. Typically, I change the subject or, better yet, excuse myself and run. This time, though, I stuck it out. One, the woman is a good friend who is used to me, and two, the subject was anxiety. I wanted to stick around for that discussion. The essence of the debate was this: can anxiety be accepted as part of who one is and thus shoved to the background of existence and be practically ignored, or is anxiety bigger than that, something that cannot, will not, be accepted and ignored?

Anxiety Can't be Easily Cast Aside and Ignored

I have a distinct feeling that I am not the only one who has ever been told, when displaying high anxiety either through body language, words, emotions or any combination thereof, to “just relax; it’s not a big deal.” Ha. It doesn’t matter what “it” is, for “it,” the anxiety-provoking situation, is different for everyone. “It,” though, involves similar, painful reactions.

As I sat that weekend worrying about what to say and what not to say and how I was being perceived and judged and how my behavior was ruining not only my world but that of my family, too, it was not helpful to hear, “Relax. This anxiety isn’t a big deal. It’s just part of who you are. No one’s perfect. Accept this as part of you and move on.” (Note: I wasn’t at all angry, for my friend meant to be encouraging, and she had a bit of a point – more on that below.)

By Anxiety's Nature, It Cannot Be Cast Aside So Simply 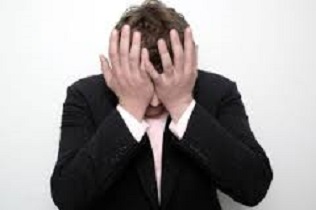 According to the Diagnostic and Statistical Manual of Mental Disorders (DSM-V, the manual that is used to define mental disorders) to be classified as a disorder, anxiety must meet some significant criteria (the specifics of which vary per disorder). They must be present for months; they’re not occasional and situational. There must be multiple symptoms present that fit the criteria of a specific disorder. The symptoms must significantly disrupt one’s life, interfering in occupational or school functioning, relationships, etc. Basically, anxiety disorders must involve a lot: a lot of time, a lot of symptoms, a lot of disruption, a lot of misery.

This means that, yeah, they’re kind of (at least for awhile) part of who we are. They’re too complex to shrug off. It’s not easy, when in the throes of your anxiety, to ignore, glibly dismissing it as a quirky part of you. Anxiety is too strong for that.

However, Anxiety Isn't You, and You Don't Have to Accept It

As I pondered my friend’s words that night (I tend to go over things in my head ad nauseam), I realized that what she said did make some sense. It’s naïve to think that anxiety can be ignored or casually dismissed as a minor part of us; however, it’s equally naïve to think that it can forever control us. That it is us, who we are doomed to be.

I live with anxiety. But I have a toolbox filled with tricks and techniques to help control it (so it doesn’t control me). There’s anxiety medication, too, to calm the brain. That’s such a personal issue, though, best discussed with a doctor, that I won’t say more. My anxiety, even my dreaded social anxiety, doesn’t control me. Oh, it flares and it tries, but I work hard not to let it. And does that perhaps mean that I’m setting it off to the side?

Acceptance and Commitment Therapy Helps Us Cast Anxiety Aside

There’s an approach to therapy called acceptance and commitment therapy (ACT). This uses a mindfulness-based approach that teaches people to be present where they are, accept their thoughts and/or emotions, choose the direction they want to go, and then empower themselves by taking appropriate action. Regarding anxiety, one would become fully aware of his/her anxiety and, rather than fight it, shove it gently aside to make room for the direction they want to take.

The key here is that ACT doesn't deny that anxiety exists or that it’s a problem. It helps people stop fighting it so they can concentrate their energies on moving on. I like that idea.

Coincidentally, I encountered an article via Elephant Journal entitled The Simple Answer to Loving Yourself. I've got it bookmarked, for not only is it highly relevant, it’s something I want to embrace.

This topic, whether anxiety is a solid part of who we are or whether it’s something that can be cast aside and ignored or even something in between, is a heated issue. Where do you weigh in?

What Is an Anxiety Trigger?
Bipolar and Anxiety Are Not My Identity