Why Does OCD Makes You Doubt Yourself? 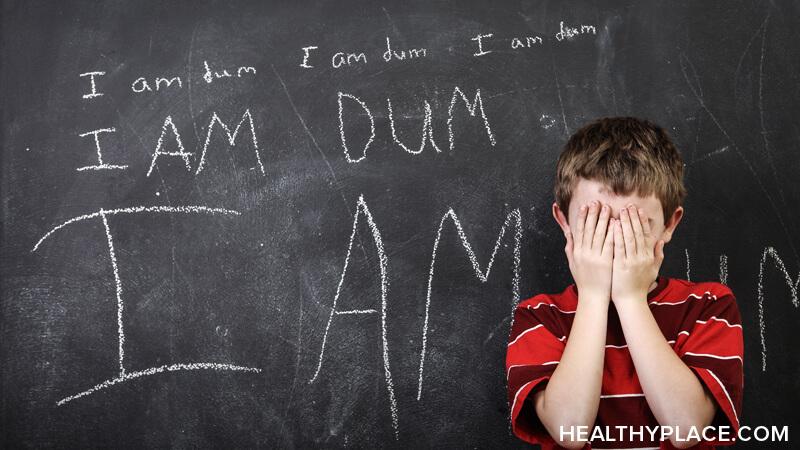 Obsessive-compulsive disorder (OCD) makes me doubt myself, turning me into my own worst critic. Self-deprecation is my specialty. “Don’t be so hard on yourself,” is a phrase I hear from someone else every other day. And yes, I am hard on myself, but I feel I am not as hard on myself as I should be. I had an entirely different article written and dismissed it as being (choice phrases that I won’t say on this blog). It is difficult to live in a partially self-constructed mental prison. Obsessive-compulsive disorder makes me doubt myself. It makes me my own worst critic of everything I do, say, or think.

Guilt is a beast, and though the medications make it less of a curse, it still looms. It waits for you in silence when OCD makes you doubt yourself. I had an episode once where I was confessing to crimes I didn’t commit. That bicyclist you passed in your car on the road can become a hit-and-run victim in your mind when you have OCD. Killing a bug can be a karmic crime of mass proportions. Why is it that guilt consumes the mind of an OCD sufferer? I don’t know why, but I know that the anxiety it provokes can be debilitating.

Uncertainty and Self-Doubt and OCD

When OCD Leads to Self-Criticism and Self-Harm

Self-doubt is something I struggle with as an OCD sufferer. After many tests in college, I would wait until I had the shower area in the dorms to myself. Then I would repeatedly hit myself in the back of the head. This was not because I wasn’t smart. It was because self-doubt told me that I probably flunked a test that I would, at worst, get a B on.

I perceived every success as a failure. Every gain was somehow a loss. A failed relationship meant that I was a failure as a person. My anxiety disorder, OCD, applauded as I criticized myself. And instead of just mentally beating myself up, I felt I had to physically beat myself up as well.

OCD makes you doubt yourself, and it can make you believe a variety of lies about yourself too: "I’m never good enough," I tell myself, "and nothing I ever do will be good enough." "I am wrong. I am bad. I am stupid."

These thoughts can be all-consuming. But you have to recognize these lies for what they are—complete and utter nonsense. You have to somehow see through the lenses your mind has put on any given situation. You may never achieve perfection as errors are part of the human condition. But it does not mean you aren’t worthy of existence in any way, shape, or form.

So, what do you do with all of this remorse and self-criticism? You have to learn to forgive yourself for your crimes, both real and imagined. This can be hard when OCD makes you doubt yourself, but it is also essential to your wellbeing. You have to stop beating yourself up mentally and physically. You have to recognize that what you are led to believe by your anxiety disorder isn't necessarily true. And fight to ignore that nagging, negative critic that traps you inside your own head.

Tags: ocd makes you doubt yourself

APA Reference
Slavin, C. (2017, December 25). Why Does OCD Makes You Doubt Yourself?, HealthyPlace. Retrieved on 2022, August 13 from https://www.healthyplace.com/blogs/anxiety-schmanxiety/2017/12/ocd-makes-you-your-own-worst-critic

Does Uncertainty Cause Your Anxiety and Worry?
Increase Your Uncertainty Tolerance and Decrease Anxiety
Cheryl Slavin
December, 22 2018 at 4:26 am

Thank you! I have found that a tricyclic antidepressant has worked wonders for my OCD. But if I ever have to go off of this lifesaving drug, I will definitely look into mindfulness. Thank you for sharing. It's important to find different routes to wellness.

Thank you for writing this Cheryl. I struggle badly with OCD and am obsessed with morality and *doing the right thing*. Certain triggers leave me unable to function sometimes. It’s so hard not to believe my OCD, but ERP is helping me to see that I hold myself to an unobtainable standard of perfection. The Buddhist approach to mindfulness called ‘The Middle Way’ which involves not resisting or grasping any thought really helps me, although sometimes the OCD wins. Self-compassion therapy is also a key part of treating OCD. I hope these things I’ve learnt might be helpful for others suffering with OCD. Also search ‘My OCD is called Olivia’, a different approach to accepting and nurturing your OCD as opposed to fighting and resisting it. Good luck!