Seek Support From Someone Else With Binge Eating Disorder

Why You Should Seek Support from Someone with Binge Eating Disorder

When seeking support for your eating disorder, it's great to talk to people who don't have 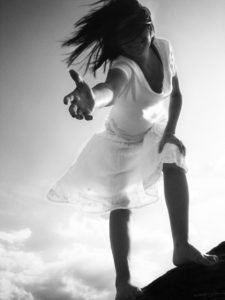 issues with food. But sometimes, when you need to discuss something that's really troubling you, talking to someone who doesn't binge eat or have body image issues or any of the other problems someone with binge eating disorder might face can be really difficult.

Imagine talking to someone who has never driven about the intricacies of traffic and how to navigate rush hour. They've been in cars before, they know what traffic is and what it's like, but without being in the driver's seat, they really have no concept of what it's like to be the driver. Sometimes, having someone to listen and sympathize with is all that is needed. Other times, you need to talk to the driver.

How To Find Someone with Binge Eating Disorder For Support

Although it might sound daunting, going to a support group can be incredibly helpful. Support groups for binge eating disorder could make you feel less alone. It will also put you among others who struggle with food and know what being on a recovery journey is like.

Seeking Support for Binge Eating Disorder Is Worth It

Seeking support for a mental health issue, such as binge eating disorder, can be intimidating due to the stigma that surrounds it. But a support system can be just what you need to keep you motivated in your recovery. Support systems give you a place to vent, a place to feel safe, and a place to provide someone else with your support.

APA Reference
LaBranche, S. (2016, May 5). Seek Support From Someone Else With Binge Eating Disorder, HealthyPlace. Retrieved on 2022, August 13 from https://www.healthyplace.com/blogs/bingeeatingrecovery/2016/05/seeking-support-from-someone-else-with-binge-eating-disorder

this is such a problem, as no one really things of it as a illness. there is no support in Bathurst. I have made contact with a man at the hospital who is going to try and help me. I now know that because I have admitted to myself that I have a problem then now I am ready to get some help. I am calling out but the support is so hard to find. Sandra.