Should Mental Health Professionals Ever Lie?

To say I was in a foul mood was an understatement. I'd been escorted by the police to the Midtown Community Mental Health Center's Crisis Invtervention Unit (CIU). I'd been waiting for a few hours to talk to a therapist, which is annoying even when psychiatric symptoms haven't flared up. But I was in for a surprise. 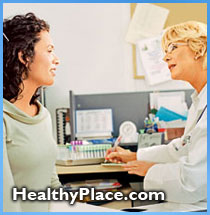 The crisis counselor asked if I knew why I was there. I said no. She dropped a bombshell--my therapist said that I'd pulled out a knife and started cutting on myself. That was news to me! I showed her my arms, proving that I had not done so. She asked who my therapist was. When I answered, the crisis counselor shook her head and said that my therapist had a reputation of exaggerating a psychiatric patient's symptoms.

In other words, my therapist was willing to lie to get me treatment she thought I needed.

Why those who say yes are right--in part

Dr. E. Fuller Torrey stated “It would probably be difficult to find any American Psychiatrist working with the mentally ill who has not, at a minimum, exaggerated the dangerousness of a mentally ill person’s behavior to obtain a judicial order for commitment. … Thus, ignoring the law, exaggerating symptoms, and outright lying by families to get care for those who need it are important reasons the mental illness system is not even worse than it is.”

Go to any meeting sponsored by the National Alliance on Mental Illness (NAMI) and you'll hear why lying is so tempting. A friend of my mother's has a son with bipolar disorder. A few years ago, his behavior became odd and reckless. For example, he had a manic episode in Las Vegas and drained his bank account. He also took off to help with Hurricane Katrina relief--by himself, without his medication. Because he was not suicidal or homicidal, there was nothing she could do except watch him self-destruct. His therapist even said "There's nothing we can do but wait until he's in the hospital or jail."

Why those who say no are right--in part

My therapist's lie negatively affected our relationship. I no longer trusted her, and without trust, therapy is impossible. I eventually asked for a different therapist and found one who promised not to lie to me or about me. I was still able to get the treatment I needed. Were there times the police were involved in my treatment? Yes. But I trusted this therapist, and I trusted her judgment when she wanted me to go to the hospital. This seemed to make hospitalization easier, because I knew I needed to be there.

In some states, lying in order to get someone admitted to a mental institution is a crime. This was the case when I lived in Texas. It didn't seem to negatively affect the mental health system.

I understand why some mental health professionals lie. It's not easy to watch someone you care about make harmful decisions. However, we don't force people to receive medical treatment for a more traditional physical illness unless lives are at stake. Why should mental illness be any different?

I believe that a mental health professional should not lie because trust is so important in the therapeutic relationship. That said, the system needs reformed. The criteria for involuntary treatment should not be whether or not a person is suicidal or homicidal. The person's judgment and actions should be taken into account. It should be on a case by case basis.

I like Michigan's law, which allows commitment of a person “whose judgment is so impaired that he or she is unable to understand his or her need for treatment and whose continued behavior as the result of this mental illness can reasonably be expected, on the basis of competent clinical opinion, to result in significant physical harm to himself or herself or others”“. Oregon's law is also good; the law states any person who “[h]as been committed and hospitalized twice in the last three years, is showing symptoms or behavior similar to those that preceded and led to a prior hospitalization and, unless treated, will continue, to a reasonable medical probability, to deteriorate to become a danger to self or others or unable to provide for basic needs” may be committed.

Is the mental health system difficult to navigate when a person doesn't want treatment? Absolutely. Does that justify lying? The jury may still be out on that one. There is no simple answer.

When Tragedy Strikes: How to Emotionally Handle Disaster
Crisis Intervention Training: How a Police Program Can Save Lives
Kristy
August, 18 2014 at 8:34 pm

I feel TRUST must work both ways between consumer and mental health practitioner.
Maybe if the therapist had talked to the person first as to why he/she felt lying to obtain treatment was required then that trust could be maintained. I imagine a MH practitioner takes seriously the need to lie to get help verse the damage to their own professional reputation by doing so after all the boy who cried wolf would seem to apply here.
In Australia someone can be detained because "the person is a risk to their own reputation", but due to broken systems people are turned away from mental health care everyday that are at risk of suicide. I have felt powerless when help was denied to people I love.
I had a nurse tell me my partner would be released the next day when this didn't happen I was furious. No one acknowledged this was a mistake or that they changed their mind to me.
I know nurses who are told to lie to patients about side effects so they remain "Medication compliant" which is very stressful for patients when no one acknowledges their fatigue or huge weight gains. And if properly informed they could have made lifestyle modifications to prevent problems ie avoided early morning appointments or exercise more.
It would be criminal to lie to people with physical health issues like Cancer why can we not be treated with as much respect and dignity?
If lying is being used commonly to get help we need to change that...

I think there are many things wrong with the system, and lying is definitely one of them. I'm not a proponent of forced treatment, as it may be the wrong choice for that individual. Containment may be necessary to prevent harm to others (ortoself) however the treatments prescribed may do more harm than good... I agree that trust is very important in any therapeutic relationship, and more gains can be made through trust than deceit. I have agreed to go inpatient even when I did not feel it was necessary because I trusted my provider's judgement... being underhanded and lying about it would only gain resentment and an unwillingness to move forward on the clients behalf, just as it would if a client lied to a provider... mental illness still carries the stigma of being subhuman. Providers lying about a clients presentation and forcing unwanted treatment underscores that heavily.

Principally it is forbid to lie through daily psychiatric practice, because lying damage the trust as crucial element in therapeutic alliance. But this rule isn't absolutely exact, because mental health service has got many predictable and unpredictable challenges as well. First of all, psychiatric service is overloaded with numerous misunderstandings and prejudices that render the efficacy of treatment and management of mentally ill patient. Each cheat to any psychiatric patient is permit, if the same is in function of goodness of psychiatric treatment. As it is known, great number of people with mental difficulties reject psychiatric help, presuming that they aren't crazy. On the other hand, the persuasion to any person to take psychiatric help requires hard professional work, when lying isn't excluded. This psychiatric accomplishment exhibits positive impact on the course of respective mentally ill patient. Beside this benefit, the early psychiatric treatment prevents disastrous consequence to psycho-social milieu from inappropriate conduct of any psychiatric patient.