I don’t remember most Christmases; they tend to blur together in a sea of turkey, denial and wrapping paper. But the Christmas of 1998 was different. That Christmas was the one just before I began medication. That was the one I spent lying on the couch with bandaged arms.

Looking back 1998 should have been a good year for me. I had completed an 8-month work term for my university degree, I had some money for the first time in a long time and I went backpacking across Europe. But unfortunately, 1998 was the year that bipolar decided to attack full-force. I spent the end of 1998 slicing and dicing and sobbing and begging for mercy. From what, exactly, I have never been able to say, but from whatever was causing the pain whatever made it impossible to move from my mother’s couch as the activities of Christmas went on around me.

But in spite of this I had no intention of seeing a doctor and I most especially had no intention of seeing a psychiatrist. Those people were nothing but pill-pushers, nothing but drug dealers with letters after their name. And everyone knew that depression wasn’t a real disease and that anyone with real strength of character could overcome mental anguish on their own – not with the crutch of pharmaceuticals.

I was a touch uneducated on the subject.

And most of all I believed that any reliance on a drug was bad. It didn’t matter to me whether it was alcohol, heroin or an antidepressant; requiring a drug to live your daily life meant you were weak and couldn’t deal with reality so you just dropped out.

I was also a touch hard on myself. 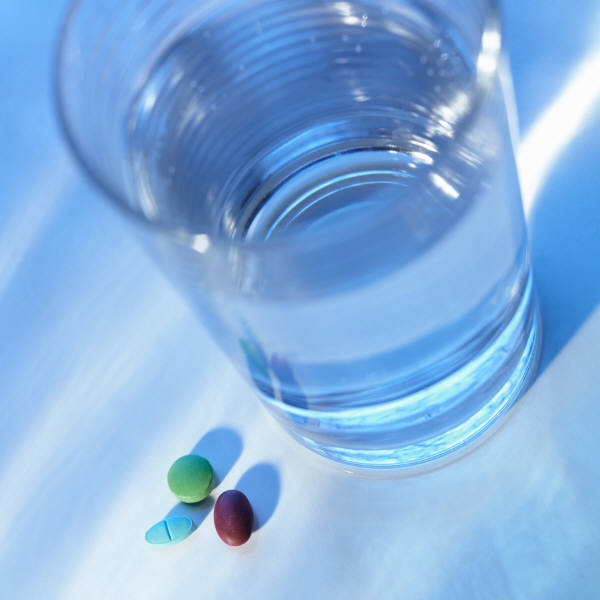 But the time came, in 1999, when I was so desperate not to be sick, so desperate not to be dead that I put aside my beliefs and shakily took my first psychiatric medication. It decidedly fell into the realm of not fun as it immediately proceeded to make me very ill, but nevertheless it was my first step in moving forward to get better.

And so when I get up in the morning and I see the pills that I must take in order to stay well, I don’t see a crutch, I see a tool. I see a tool that I need in order to build the life I deserve to have. I see the strength of character it takes to admit imperfection, admit the need for help and yet to flourish anyway. I see something that keeps me strong rather than the disease which would prefer that I remain weak.

Taking medication doesn’t make you weaker it makes you stronger – it shows you’re a fighter.

If you're wondering, I was initially incorrectly diagnosed with depression. That happens a lot.

Can People with a Mental Illness Live Alone?
Losing Credibility Because of Your Mental Illness
Peter Shepherd
November, 2 2015 at 6:44 am

I could not exist if it were not for medication yet the side effects are terrible. The lesser of two evils I guess.

Thank you for this. I'm just emerging from a terrible 6+ month long depression that I basically slept my way through because of my refusal to get meds. My parents are very similar in the sense of raising me to not believe in doctors/medication/big pharma/etc and thinking that I'm apt to become addicted for the long term. And while I do think a huge part of being healthy involves non drug related changes, I'm also sure that I could have weathered this past storm (which involved quitting my job and moving back in with my parents when I was at my worst) much more gracefully. It was only when I hit as far bottom as being openly suicidal that my parents finally starting being a bit more supportive of my getting help from a psychiatrist. The worst is that I was so in my head of not wanting to "have something be wrong with me" that I wasn't fully honest with my therapist about my concerns that I was bipolar, insisting that I had shaken this depression off in the past and so I should be fine. I was also afraid of talking to friends because I didn't want to seem weak. Reading this is helping me to come more and more to the realization that medication is just another tool, which can help to get through the crisis and that there is nothing noble about attempting to suffer through when things are so clearly wrong.
I also really appreciated Geoff's sentiment: "Life is potentially too good to be stubborn"

Life is potentially too good to be stubborn* ;-)

Thanks a million times for this great insight. I very recently was diagnosed with depression and ADHD. I had a hard time in school to the point where I was kicked out. I always chalked it up as "I just wasn't made for school". Hearing people speak to me and not understanding, reading sentences in books 4 or 5 times in order to comprehend, forgetting everything. I thought I got over it when I joined the military. Turns out military is perfect for someone with ADHD because as soon as I finished 9 years and stepped into the real world, the frustrations returned. I would be in meetings that might as well should have been in French because once again, I didn't understand anything. My frustrations finally got the best of me and I decided to see a therapist due to "always being distracted". Since my diagnosis, my only regret is not seeking help sooner. I personally say it's not fair that some of us need more help than others, but who cares? The fact of the matter is you have a problem, get over it, and do what you have to do to move on.
I just tell myself "these people are screwed" every time I take my "tools" (as youso perfectly put it). Why? Because the playing field is now even and I have become that much more of a fierce competitor. Now any mistakes are on me and not some sort of mental disorder.
Of your entire make up, the most important part is your mind. Treat it as such! Life is potentially to be stubborn and face everything on your own! Lastly, turn yourself into your ally, you have been your biggest enemy long enough!

Thanks for sharing this. I also didn't want medication (for ptsd, but after severe panic attacks also for panic disorder) I was VERY afraid of getting side effects, but my doctor gave me benzodiazepines so it was a little bit easier to start with the ssri (paroxetine) The first 2 weeks were aweful. Dry and sore mouth, restless legs, zero appetite, diarrhea, scared of everything, flatulence...
But during week 3 (it's week 5 now) I felt better. No flashbacks about my trauma during daytime anymore, I can sleep for hours, sometimes a panic attack but not as severe as before started using paroxetine. My mind feels more calm. :D

Thanks for this. I have been struggling with making the choice to take medication. Feeling like I was giving up, and being weak, but realized that fighting might also include medication.

Kudos for being brave! It's not easy (I know for sure) :( But, nevertheless we oughta face it and it's sooo much worth it in the end if we try bit by bit fixing the problem. I myself am a Bipolar starting from the year 2000 and had just start medicating in 2008, the year i discover that this is a serious mood disorder that needs to be dealt with seriously in order to save my life. Keep writing, i would love to keep on reading your blog :)

Hi Rabid Squirrel Girl,
Thanks for the comment. And yes, I totally agree, a pill organizer can be a great idea. :)
- Natasha

Thank you for sharing this! It's comforting to know that even in our darkest times, though we may experience it alone, there are plenty (too many) others feeling similarly.
Also, many of you may realize, but some do not yet, that the "perfect" combo of meds today will probably not be so "perfect" in 10 years. It's not a bad MD, or anything you do/did. It's just that body chemistry changes and, unfortunately for many of us, that means the meds may have to as well.
But hang in there everyone. And get a pill organizer... it's saved my butt on several "foggy" occasions.

Paul,
Thanks. I knew I wasn't alone out there.
- Natasha

Thanks for the memories! I spent many Christmases on the couch, out of touch with my family and the world. It took me almost 15 years of effort to get medical help for my bipolar disorder, and then another 9 years to achieve the right mix of medications, but now I feel "normal" like I always thought I should! Good story, and well written. Thanks again.

I am really glad I was put on psych meds. I too was originally diagnosed with depression. Fortunately a physicians assistant suggested I see a psychiatrist, the best move of my life. The medications I'm taking right now are working well, something that is very fortunate.

Hi Karl,
It is humbling, but I think we all need to be humble sometimes to move forward. We all need help in life, it's powerful to admit it.
No doubt it's frustrating to find the right medications but you're right, it's better than the alternative for so many of us.
- Natasha

Thank you Natasha. It's humbling to acknowledge that I need help but taking medication can really make a big difference and it can be frustrating to find the right type/dosage. But...it sure beats the hell I once experienced.

Thank u sooo much for this article. Food was my drug.