Are Suicide Threats a Cry for Attention?

Recently I wrote about how people tend to ignore suicide threats online. And one of the reasons people ignore these threats is because they don't take them seriously. Some people even believe that suicide threats are just a cry for attention.

What Is A Cry for Attention? 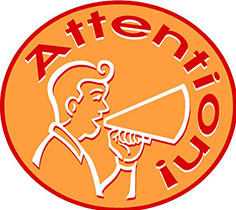 I'm not even sure what people mean when they say a "cry for attention." It means, what, your friends will gather around you and pat you on the back? Throw a surprise party? Visit you in the psych ward? What, exactly, is all this attention that people think others are craving?

Suicide Threats Are Serious: Not Cries for Attention

APA Reference
Tracy, N. (2012, August 3). Are Suicide Threats a Cry for Attention?, HealthyPlace. Retrieved on 2021, May 7 from https://www.healthyplace.com/blogs/breakingbipolar/2012/08/suicide-threats-cry-attention

suicide threats are a cry for help mayby your only way to ask for it in that state of mine. ihav been depression many years drugs helps but
when i do it iam not going te tell enybody...
ihate regileons and face people...

This may not apply to other people, but my personal experience is the thought (of dying, killing yourself) consistently plagues you throughout the day, day in and day out, 24/7, and it is UNRELENTING - especially if your thoughts are racing. If I've ever mentioned anything related to suicide, it isn't so much that I am reaching out, but rather blurt it out along with other things. Though I've never posted a threat on a public forum like facebook, I think most people who do, do so on the spur of the moment, without thinking of it, simply because it is on their mind. Otherwise, you probably wouldn't ever know of it.
I have just started reading your blog back in May. I like the fact that you do cover a lot of aspects bipolar. I hope it helps shed light - to those who suffer from it and those who know of others that do. It is such a private hell.

Thanks for this!! Great video! My daughter took an overdose last week. Sadly (to me) she never made any threats, she just did it. I think she may have threatened it to her friends who did choose to ignore it! ;-( At least now she is getting the help she needs!!!

Excellent video, Natasha. As usual, you've hit the nail right on the head. :)

Hi Annie,
It's actually pretty simple. Like I said in the video, people don't want to die - even people who say they do, really don't. What people _want_ is an end to their pain and they simply feel that death is their only way out. People, though, would take another option if you gave it to them.
So while someone who talks of suicide might not be aware of it, what they're really saying is that their pain is really terrible and they want an option other than death. Because death is amazingly easy, life is the hard part.
- Natasha

I hope this doesn't sound too insensitive, but I'll post it anyway.
If someone really wants to die /and/ has the means to do it-why would they ruin that chance? If they have to question it/discuss it, then it should be clear they still want to live, or at least some sliver of them does. I just don't understand how people can "threaten" or even "discuss" wanting to commit suicide-then don't do it. So...they must not want to, right? I seriously don't understand. I've only made one suicide attempt, but no way would I have ever talked about it-I was far too ashamed. So, can someone explain it to me?

I don't know if suicide threats are a cry for help or not because I have never threatened suicide. I have only attempted suicide and failed numerous times. But finally I have received the psychiatric and counselling help I need.

Great video Natasha.I am so glad that you have been posting about suicide lately. It is important for people to know how to deal with a suicide threat especially on the social network.It makes me so mad when some people encourage someone who is thinking about taking their own life to go through with it. It's not funny! The good thing about social media is that it allows me to respond quickly when someone is in need.
I can't thank you enough for all that you do for the community.
Sincerely
Annie