Hope for Understanding of Mental Illness

But the thing is, my experiences aren’t necessarily indicative of the real world. And yesterday’s brunch proved that to me.

Believe it or not, most rational, intelligent people do think that mental illness is a real, biological disease – particularly those with any experience with mental illness.

Yesterday, I’m having brunch with someone I don’t really know and I tell him, I’m a mental health writer. Now, when I tell people this, they have a variety of reactions but I’m used to people wanting to avoid the topic. Really, that’s OK. Not everyone finds such things interesting. 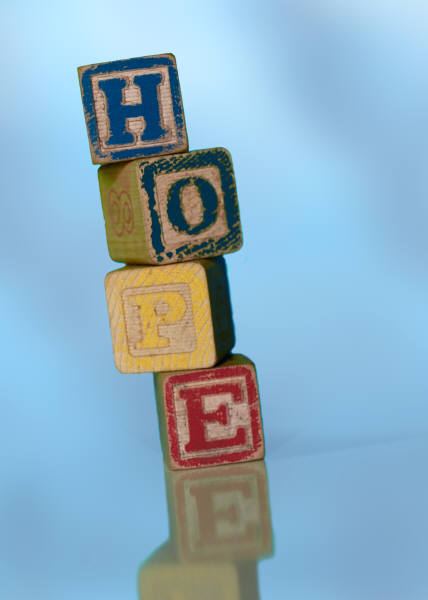 But this particular man, let’s call him Tom, was amazingly chatty on the subject. It turns out he had known a person with very severe obsessive-compulsive disorder (OCD) and a person with schizophrenia, and Tom was amazingly compassionate about both. Tom’s friend with OCD had even gone through electroconvulsive therapy and Tom still worked to understand that. He did not make judgements and seemed supportive.

Tom was the kind of person we all want to know.

Well, now, maybe “understand” in its entirety is a lot of ask for, but be understanding? Yes, I think Tom is a perfect example of one who is understanding. And moreover, I don’t think he’s exceptionally rare. I think Tom is a nice, normal guy who tries his best to ferret out the world, just like the rest of us.

All this is a long of saying that while sometimes it looks dark, particularly online, one-on-one, people tend to be more reasonable. No, not everyone, but many. Many people when faced with a person who is so debilitated they cannot leave his or her house will try to understand and not mock or discount or write off. Many people will continue friendships after discovering mental illness. Many people are understanding, informed, reasonable people.

So while sometimes I’m bogged down with the people who throw hate-balls at me, when I poke my head out of the internet for a while, I can see that many people do, in fact, support us. And that’s a good, and hopeful, thing to remember.

Obsessive-Compulsive Disorder and Bipolar Disorder - Cousins?
What Made You Seek Help for Your Mental Illness?
Aware Mom
October, 2 2012 at 4:00 pm

You are doing such important work. Keep informing the uninformed!

Indeed, essential understanding of mental illness indicates an important issue in the satisfying treatment of psychiatric patient. Previous to medicate any psychiatric patient, it should to make effort to explain the real nature of respective mental disorder to respective patient or to its close relatives. This professional duty isn't easy as it looks in first appearance. It ought to be compassionate and empathic with patient in order to achieve an understanding level, which one lead to appropriate treatment process. As preliminary condition to this therapeutic approach is psychiatrist skill to hear out its patient. Beside this, it ought to be eloquent interlocutor therapist to motivate respective patient toward its mental disorder. With this accomplishment, we could stimulate pertinent patient to participate in long term therapeutic process.

Thank you so much for getting the word out about mental illness and helping people to understand it better. I have dealt with this all my life. My mom had severe depression and my dad had schizophrenia, and I have depression so I am surrounded by it all the time. I think my sister has some issues but she is stubborn and will never admit it. She's finally starting to come around a bit to not judging me but she has a long way to go.
I love reading your posts.
april

I agree, keep up the good work! It is so easy to get into the negative groove, the way people act when you mention a mental illness. Some act like they can catch it from you and back off quickly. It is sad to see this happen. People just aren't informed, or just plain don't care. My illness has made me more tolerant, kind, patient and caring for others that face different challenges.

Love your stuff...I am an Advocate for Mental Illness and Prevention of Suicide...I applaud your writing, keep up the great work of getting the word out there...